The DJI Mavic Air is the newest and best travel drone available on the market right now as it combines the best features of the more professional 4K DJI Mavic Pro and the incredible size of the DJI Spark. When the DJI Spark was announced with its tiny soda-can size and $499 price tag it expanded the drone space to new consumers who were persuaded by the easier selfie drone utility and new gesture control. The DJI Spark even included automatic camera movements to create epic cinematic movements called Quickshots that the DJI Mavic Pro didn’t have. The DJI Spark was the perfect beginner drone with some cool additional features but for someone who wanted to include drone footage in a 4K video the DJI Mavic Pro was the only travel drone option that made sense. Today that is changing. When DJI announces the DJI Mavic Air today, they will combine the best professional quality 4K camera and convenient foldable legs into a smaller drone that makes traveling with a drone easier than ever before.

I will never forget buying a Phantom Pro the day before my trip to Norway only to realize that it didn’t fit in my rolling carry on by about an inch, it needed a large separate backpack to even try to travel with it. The DJI Mavic Pro with a 4K camera and folding arms was revolutionary to the travel tech space and about doubled drone sales in 2017 compared to the year before. The DJI Spark packed a lot in a smaller body and targeted drone newbies who could now take off, gesture the direction and tell the drone to take a photo from simply waving their hand.

As the saying goes, the best camera is the one you have with you. This is usually your phone, but DJI wanted the camera you can easily bring with you anywhere to be your drone, the DJI Spark specifically. It was meant to capture the everyday moments from unique angles that could be shared almost instantly. With stabilization, the DJI Spark’s camera which is slightly bigger than most smartphone cameras and features like blurred focus the Spark drone easily wins over most camera phones. The size of the DJI Spark made drones a daily accessory that would improve daily vlogs, videos, photos and any creative moments. 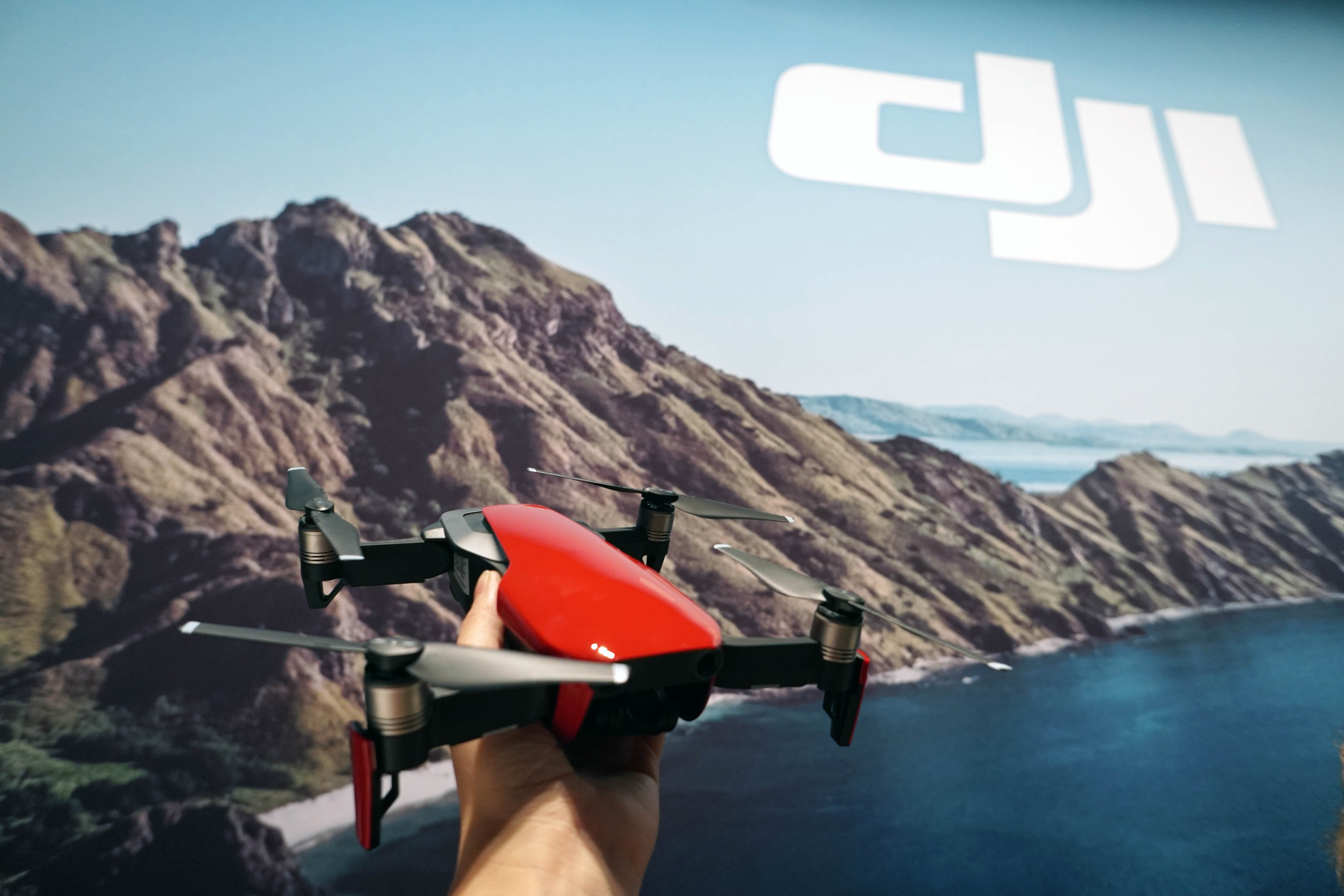 The newest drone, the DJI Mavic Air, is a smaller and lighter version of the foldable 2016 $999 Mavic Pro. It has a 32-megapixel camera on three-way gimbal (an improvement from the Spark gimbal) with 4K video capture. The beginner friendly gesture controls have been improved from the Spark, which means that you can take off, land and control the drone with the motion of your hands. There is a 21-minute flight time, shorter than the DJI Mavic Pro Platinum, but still long enough to get great travel footage before reaching for a spare battery. It improves the awesome Quickshots feature that was only available on the Spark with two new automatic modes the Boomerang and the Asteroid to help you capture cinematic camera movements with one click! The Asteroid and Sphere Panoramas are  particularly intriguing as they make me wonder if DJI’s next move will be into the 360 space!

I had the pleasure of attending the live press conference today to learn more about it and cannot wait to hopefully get the drone and travel with it soon and share a detailed review. The drone is available here: http://amzn.to/2tt9KL3