How to Walk Across the Brooklyn Bridge, NYC Guide

You travel all the way to NYC and one of your top bucket list things is to do is walk across the Brooklyn Bridge, but did you know there is right way and wrong way to do it? In this video and blog post I will be sharing the local-tried and tested best ways to walk the bridge without making the seven biggest tourist mistakes, fun facts and history. Or check out my Brooklyn Bridge Instagram photo guide.

Here are the seven biggest mistakes most tourists make:

2. Walking in the bike lane: There is a dedicated pedestrian walkway elevated above the cars and taxis but be aware of the white line marks the bike lane. Everyone does it but just keep an eye behind you, so you don’t get hit by a biker trying to take a photo! Some of the angriest bikers I’ve ever seen ride this bridge. 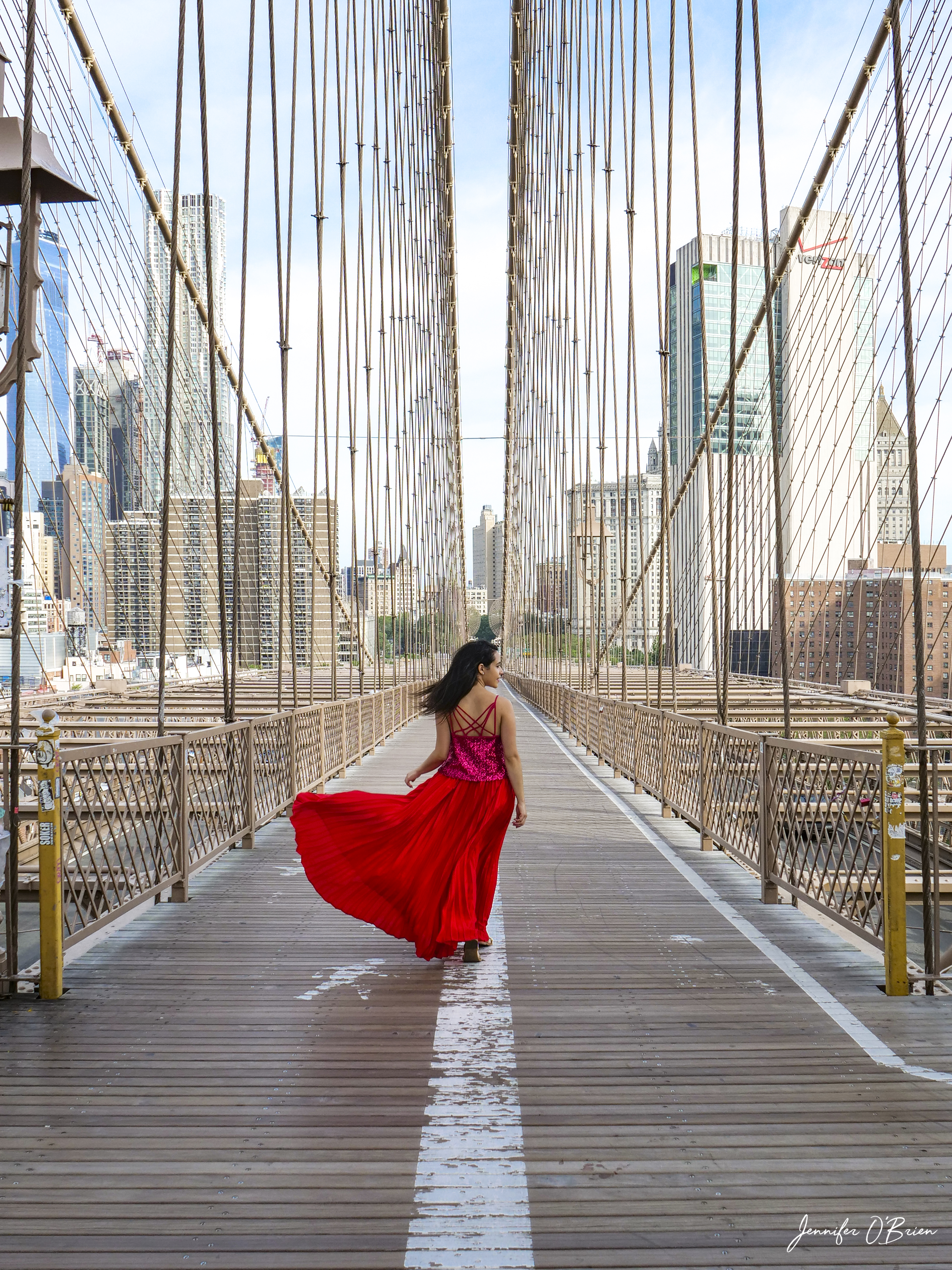 3. Walking at the wrong time: Do not go at 12 noon, go early to avoid crowds and to enjoy the best lighting. Go during a weekday for fewer crowds.

4. Scheduling another activity in 30 minutes: Give yourself plenty of time. The bridge is just over 1 mile long or about 2 km long. If you’re going to walk across it, you will likely be taking photos. It takes 30 minutes to walk across it if you’re not taking any photos OR an hour if you’re stopping to take photos and enjoy the view. Often, I spend almost 2 hours on the bridge taking photos or video. 5. Wearing uncomfortable shoes: Wear walking shoes as you have to walk from the nearest subway station to the bridge and then across it. If you want a photo in heels, pack them in your bag!

6. Forgetting to wear layers: Most times of the year it is chilly on the bridge especially at sunrise because you’re on the water, so bring layers so you’re not cold!

7. Expecting to find bathrooms, food or water on the bridge: If you need one of these, they will be a walk from one of the bridge entrances or exits. 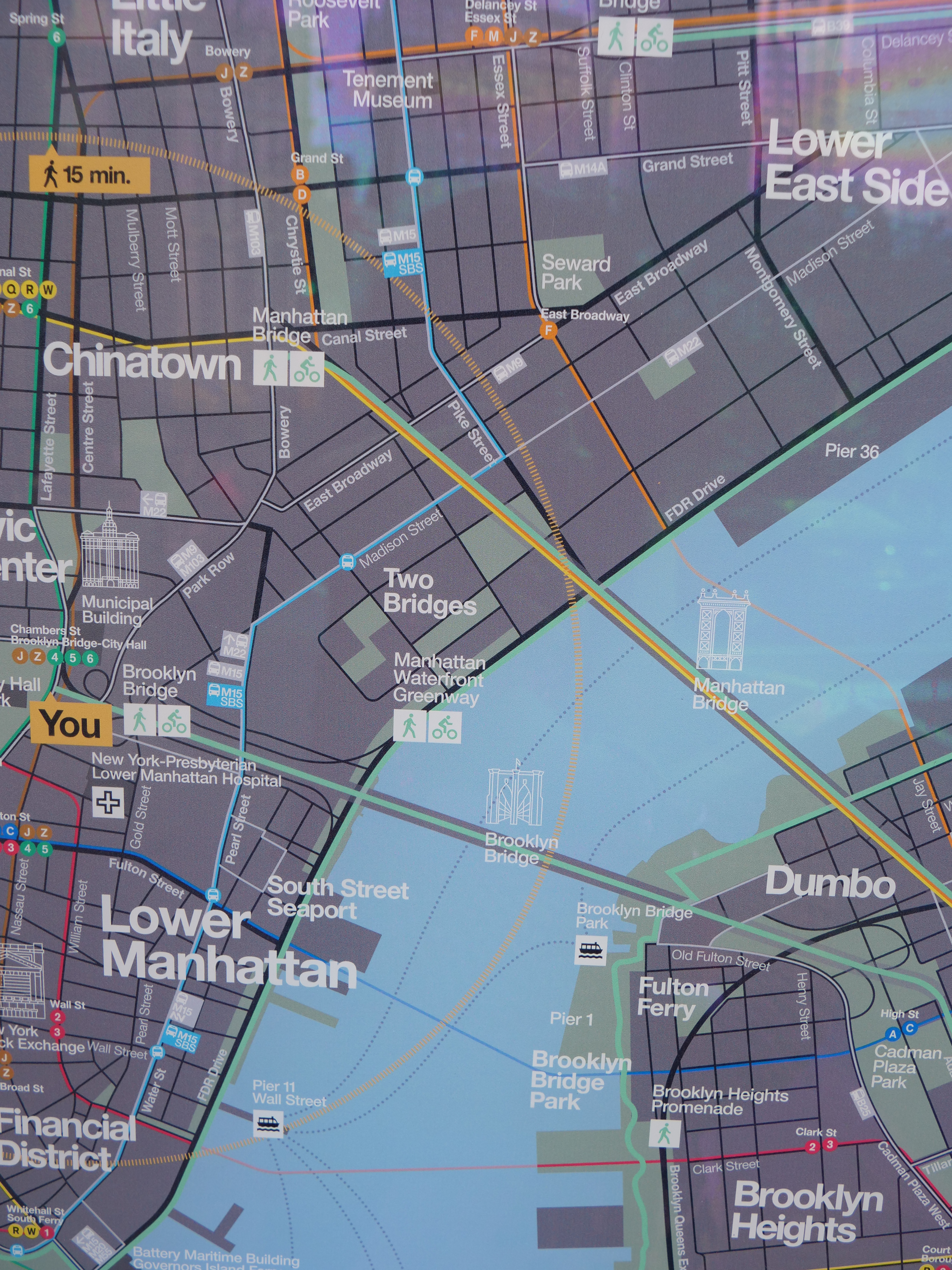 How to walk across the Brooklyn Bridge:

If I had to summarize how to do it in one sentence: The best way to walk across the bridge is to start on the Brooklyn side walking to the Manhattan side, at sunrise, yes I said sunrise, when there are less people and there is golden early-morning light.

1. The easiest and closest Brooklyn subway station is accessible from the A or C to the High Street-Brooklyn Bridge stop. Exit the station and take a right on Pearl Street and a left on Prospect Street to the underpass entrance on Washington Street.

2. If the 2 or 3 subways are more convenient from where you are, you can take them to Clark Street Station, a farther walk down Henry Street before you get to Cadman Plaza East park, and then you’ll see the underpass on the left. 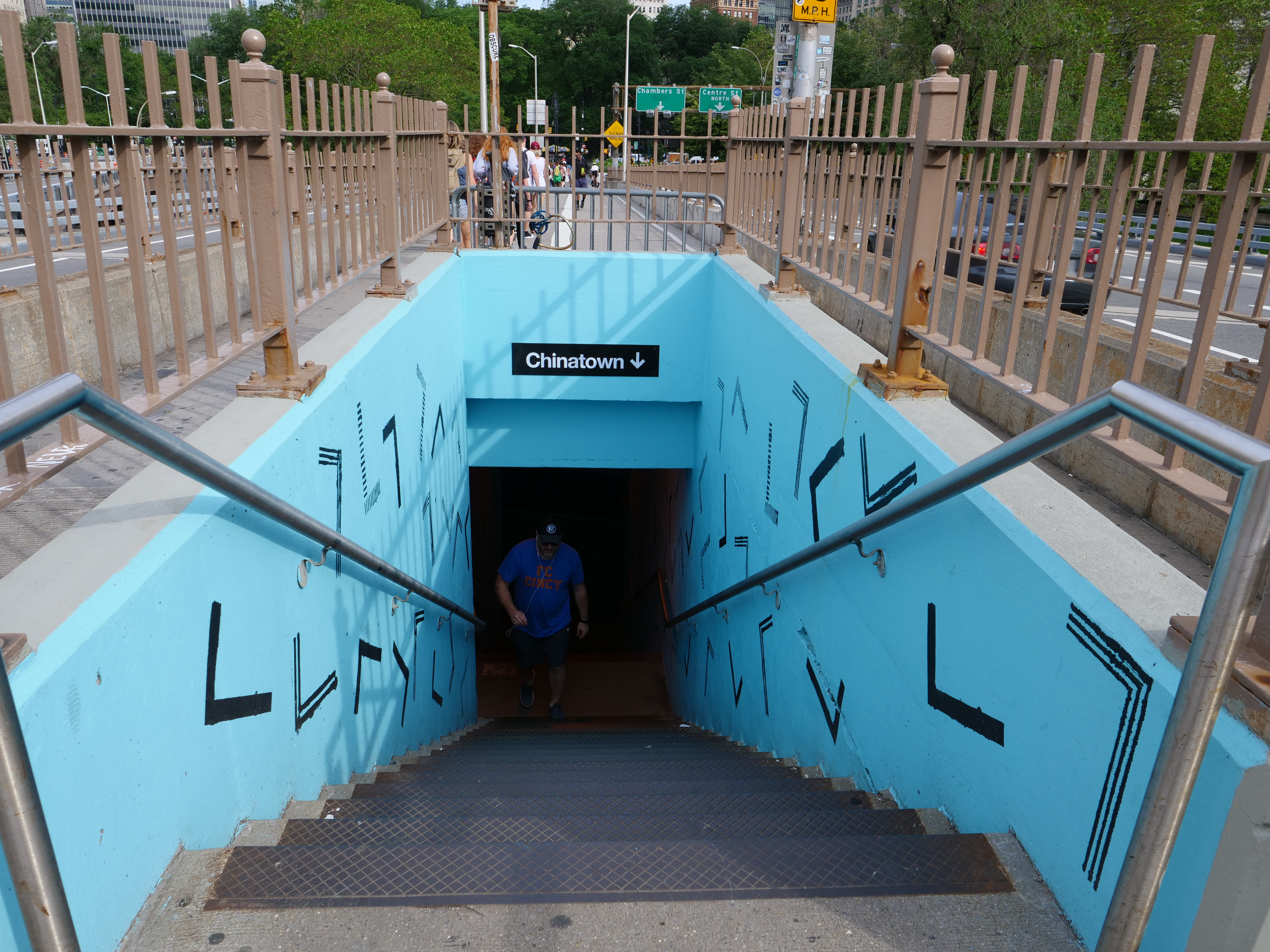 Once across the bridge you can return to Brooklyn by walking back across it, taking the subway or even taking the NYC Ferry.

Also, many people forget this, but you can also walk from one side, go half way, and then just walk back. This is best if you have limited time and want to end up on the same side after walking the bridge.

The closest subway station on the Manhattan side is the 4, 5, 6 subway stop at Brooklyn Bridge – City Hall, but keep in mind the views of the skyline will be behind you as you walk from Manhattan to Brooklyn, that’s why I recommend walking the other way from Brooklyn to Manhattan! 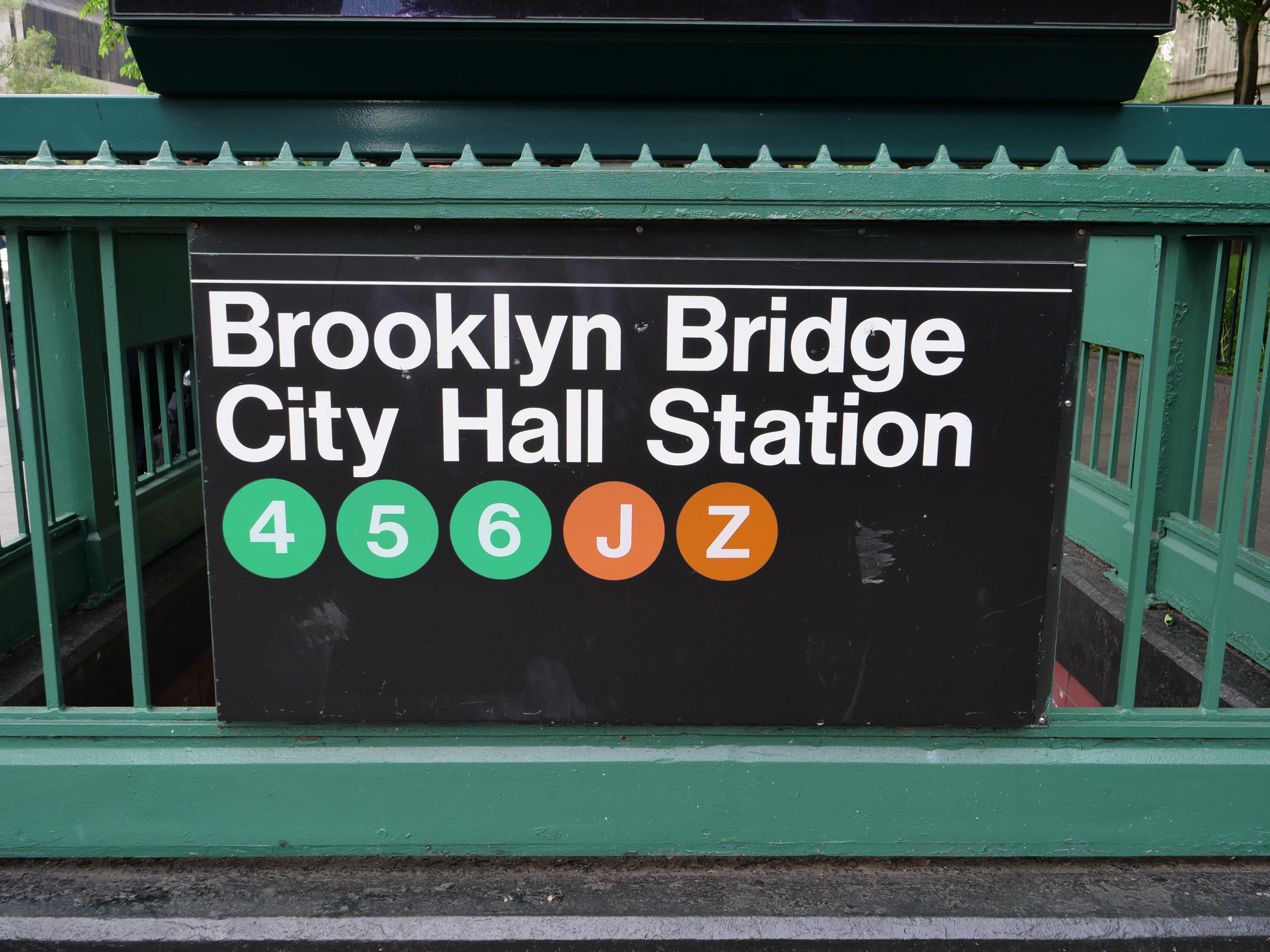 Fun facts and history of the Brooklyn Bridge

When the bridge opened it connected two cities, Brooklyn and NYC. At that time Brooklyn was the fourth most populous city in the country – it still is behind only New York, Chicago and Philadelphia.

1. Boss Tweed, a corrupt politician, gathered $65,000 in bribes to win the $1.5 million bond issue to build the bridge. He was going to skim money from the bridge contracts, as he had done with other public works, but was arrested in 1871. It is estimated he and his cronies stole at least $45 million during his lifetime. 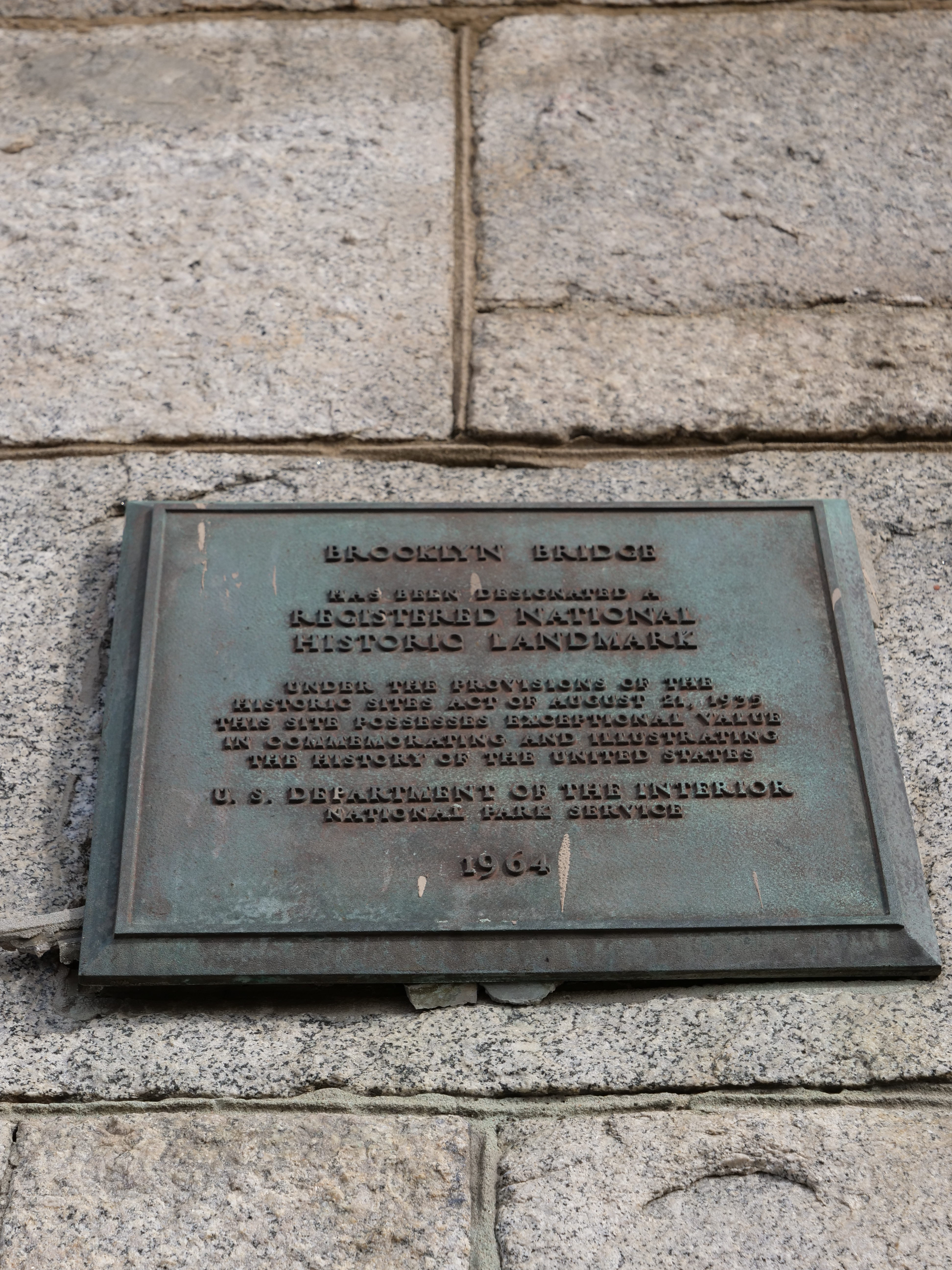 2. Many people died during construction, including the bridge designer, John A. Roebling. He was taking compass readings when his foot was crushed between a boat and some pilings. His toes had to be amputated and he later died of a tetanus infection. Additionally, a number of workers fell off the towers or were hit by falling stones. Many works also suffered from “the bends”, including the designer’s son, Washington Roebling. He was bedridden for the next thirteen years, leaving his wife Emily to carry his messages to the workers on the bridge. She eventually became an engineer and a designer herself.

3. A massive celebration marked the opening: The New York Times described that day in Brooklyn as “the greatest gala day in the history of that moral suburb.” Canon fire, speeches and an hour-long fireworks display inaugurated the bridge opening. The bridge opened just before midnight and over 150,000 people walked across it in the first 24 hours. (Compare that with 4,000 on average that walk across it today on a weekday or 27,000 that walk across it on a weekend day.) 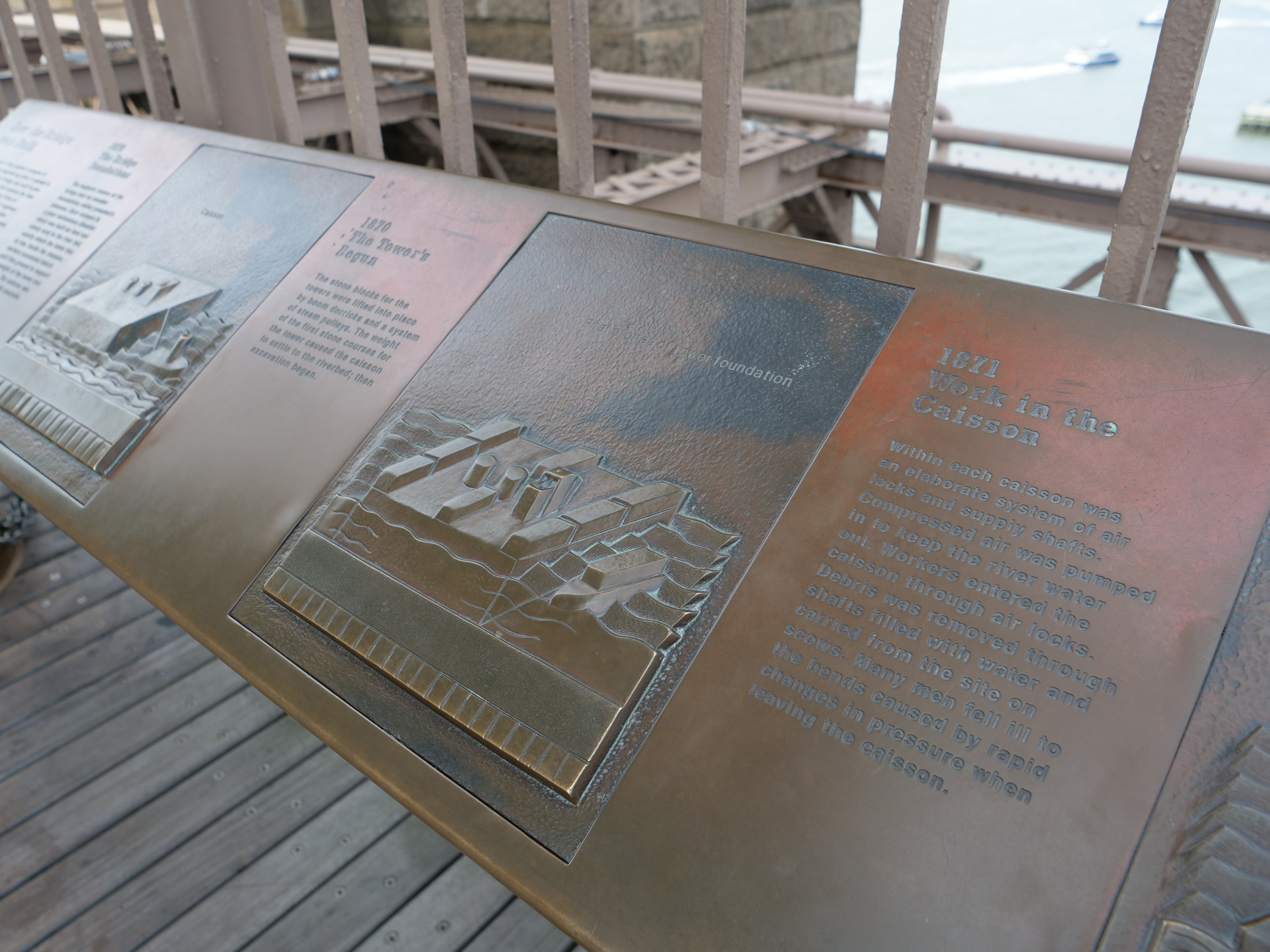 4. Only a few days after the opening a woman tripped on the bridge and her scream caused the other pedestrians to run thinking something was wrong with the bridge. The stampede killed 12 people and wounded 35.

6. Peregrine falcons live on top: Peregrine falcons are the fastest animals on record, flying over 200 miles per hour. They now thrive in NYC and 16 pairs live in NYC, including a few lucky birds who claim the bridge as their nesting site.

Comment below your favorite fun fact or thing you learned! 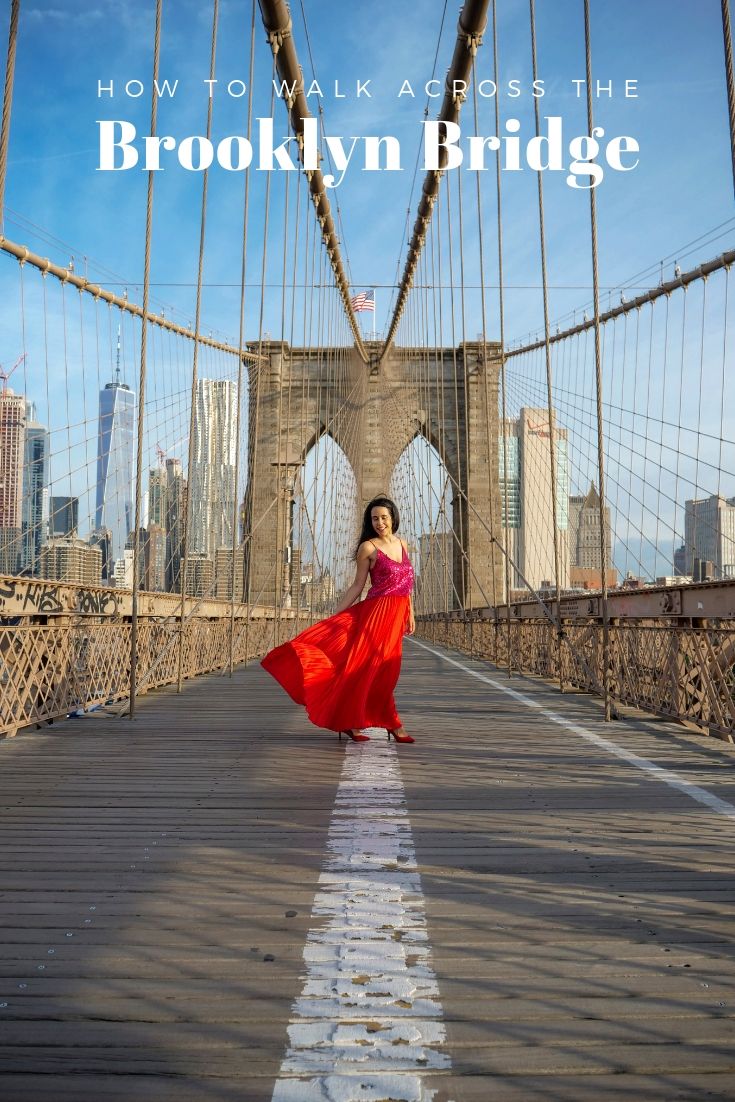 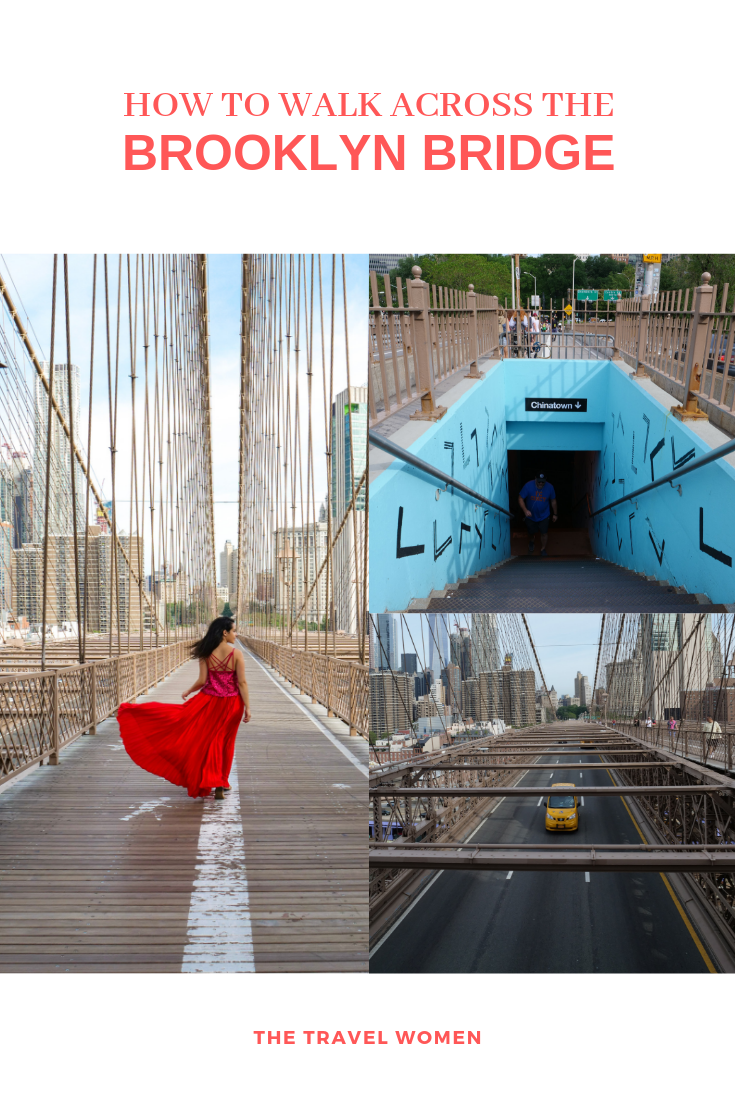 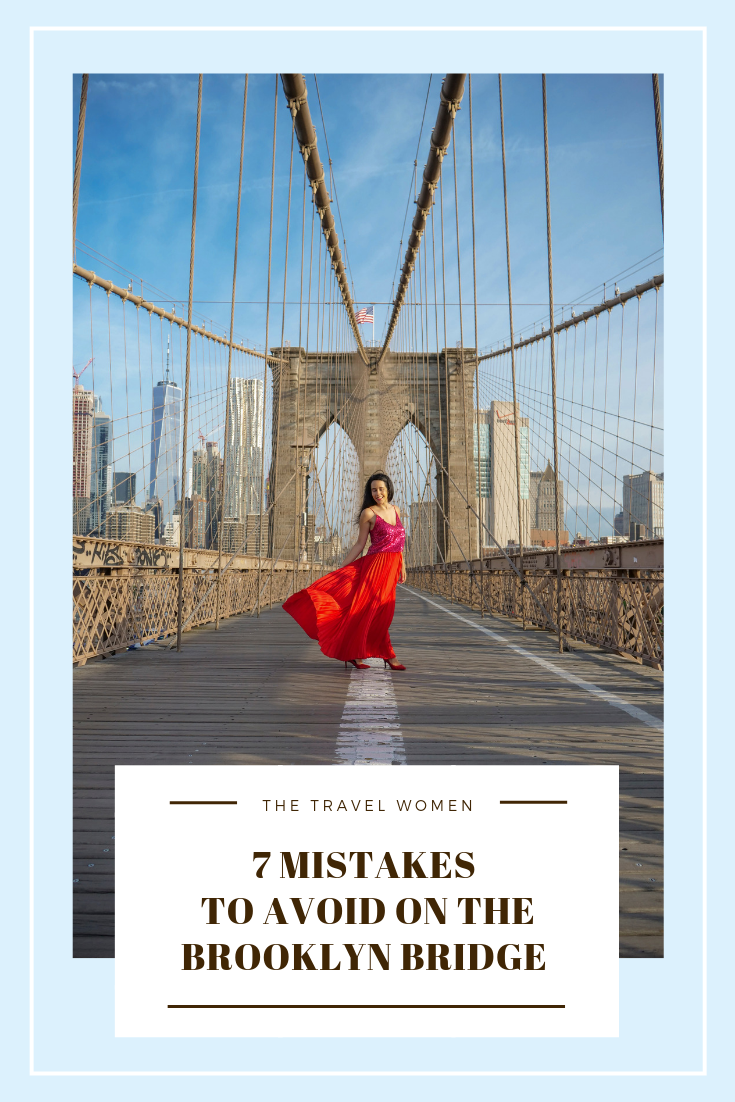 2 thoughts on “How to Walk Across the Brooklyn Bridge, NYC Guide”