11 NYC Stereotypes That Are True

1. Everything in New York City is expensive

It’s true. You need to make more money to afford to live comfortably in a small space in NYC. Some things are very cheap, like dollar pizza, but rent and groceries are some of the nation’s highest! The average NYC rent is close to $3,000 per month – which is significantly above the national average, especially for a space that looks more like a closet than a bedroom. New Yorkers have to be creative with decorating and affording their rent.

FUN FACT: Manhattan was purchased for $24 in beads, which is about $1,000 today from the Native Americans. 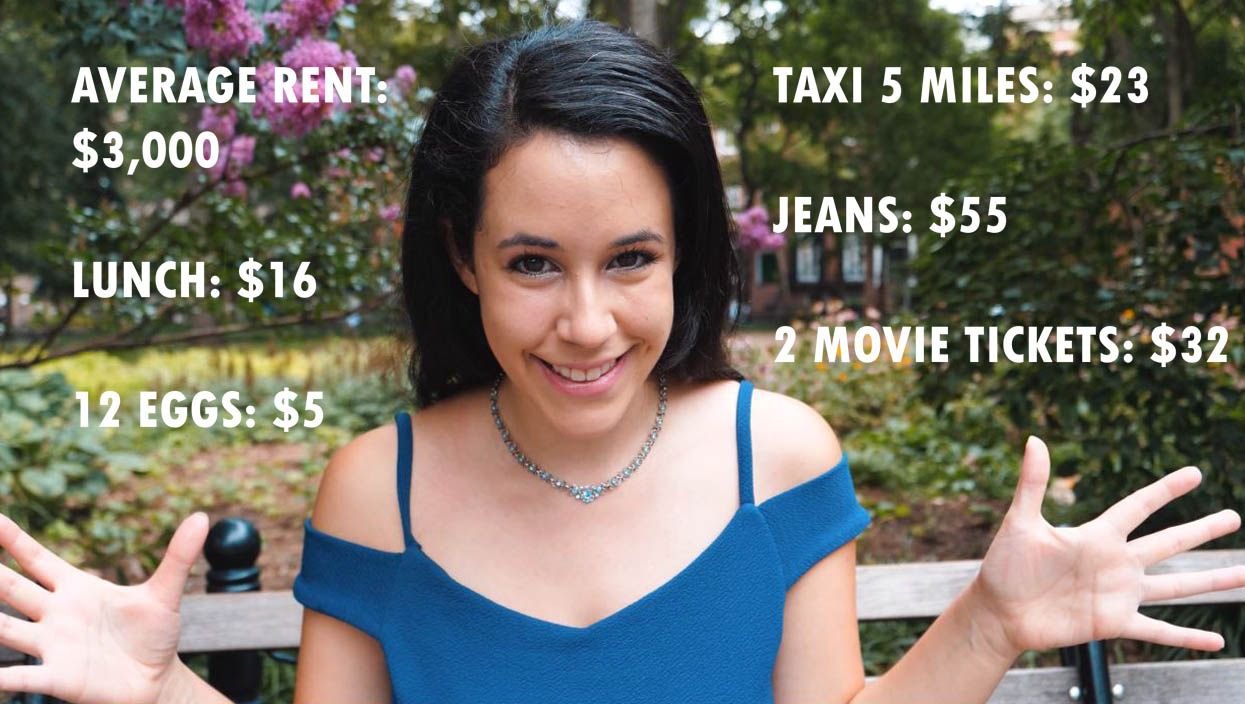 I’ve moved within NYC five times to five different apartments in three different neighborhoods, and I have seen so many apartments to find the five that I could justify overpaying for! I’ve lived in a studio with a friend. I’ve lived in a “1 bedroom converted to a 2 bedroom” – which means you get creative building a wall with furniture as one person lives in the living room. I’ve lived in larger apartments so far from the subway and everything else that I felt like I wasn’t even in NYC. I’ve lived in a bedroom without a window or with a tiny window and with a fake closet. Landlords in NYC can be the worst slicing buildings into so many fake bedrooms and then increasing prices hundreds of dollars each year just to get new people who will pay more. There are too many people looking for apartments and not enough apartments to meet the demand.

3. It is always noisy in the City

Yes, there are sirens all the time and people yell and scream so much that New Yorkers are numb to screaming or some sounds that might cause alarm in other places. I grew up in the quiet suburbs outside of NYC. So the first time I stayed over my best friend’s place who lived in Brooklyn, I couldn’t sleep because outside her window all night there were sirens and honking non-stop, while she was out like a light. Now five years later of living in the NYC chaos, I sleep so well with the noise that I feel uneasy without the honking to lull me to sleep!

Yup, that’s all I have to say about that. Please do not litter and make it any worse than it is, thank you!

Local New Yorkers will tell you that their territory is the best. They take their territory or neighborhood as seriously as they do their favorite pizza place, which is pretty serious. They say “they would never live anywhere but Manhattan” or they’re “born and raised and will forever remain in the Bronx” or Queens or Brooklyn. They are loyal to their city and neighborhood. If someone from upstate New York or someone from just over the bridge calls themselves a New Yorker, they will bite your head off to clarify the “real” NYC borders that mark their territory. 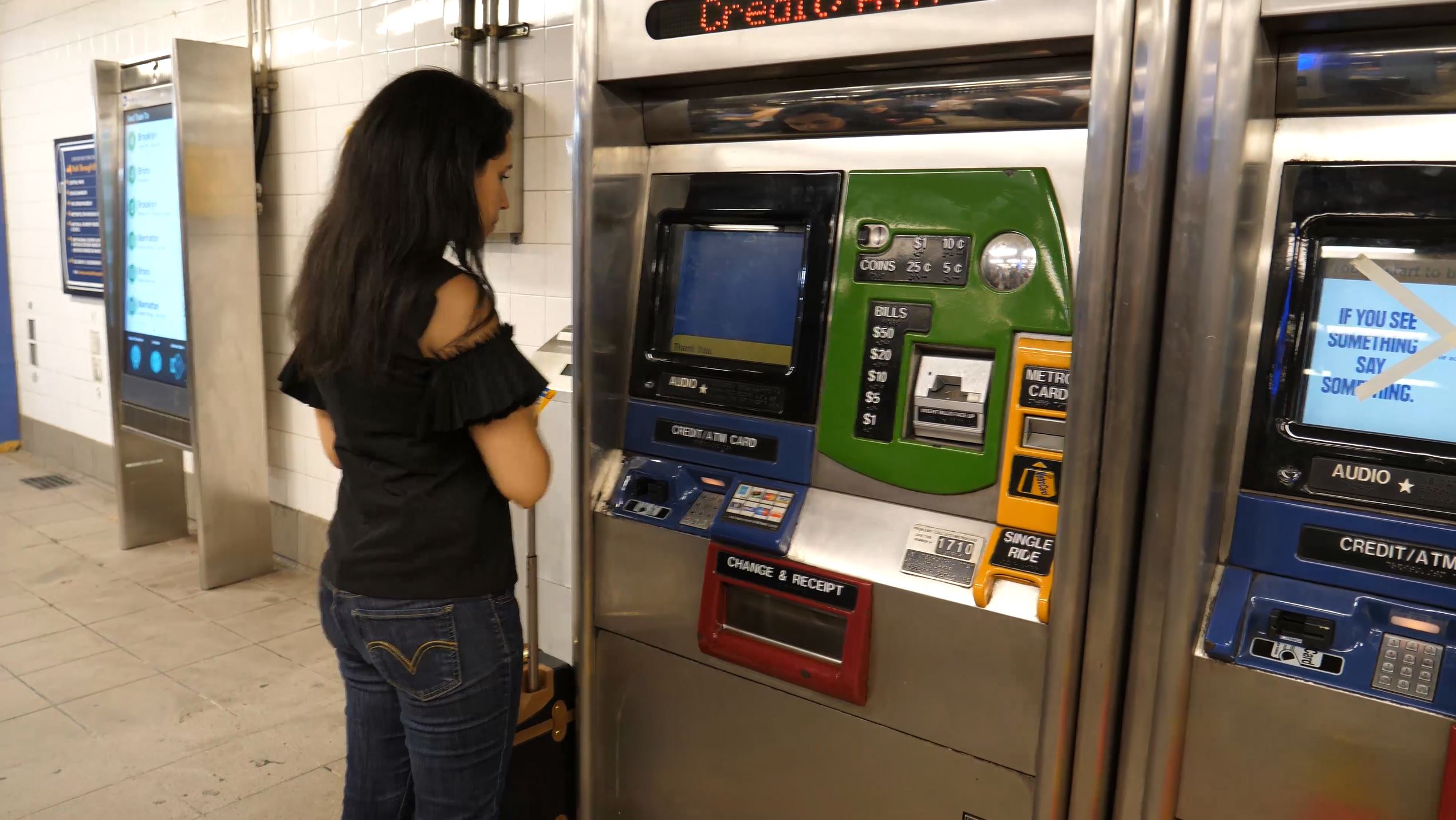 For the longest time, I thought “nah this isn’t true”. But the longer I’ve lived here and the longer I have gotten to know some New Yorkers like my old boss who only wore black, the more I realize this is so true. I love color, but I also find myself going to work in all black, just because it’s easy, with less matching accessories to worry about. Even if most New Yorkers do wear black, know that they don’t care what you wear – you can wear anything and they won’t notice.

7. The NYC subway is confusing

Yes, even local New Yorkers get lost or get on the wrong subway by accident! So know where you’re going before you go underground by looking up directions ahead of time in Google Maps! Watch my video above for more!

8. New Yorkers believe NYC is the best city in the world

New Yorkers believe NYC is the center of the universe and better than the rest of the world. This is unfortunately TRUE – we do think we’re the best in every way and we pay extra to live here for the right to think this way!

9. People in New York are always in a rush

There’s something in the air with the ambitious attitude of New Yorkers that is contagious. I find myself also rushing between places, even when I don’t need to. There is a pace to this city and it’s hard to not get caught up in the busy rush of it all. There is a lot you can do with your time so it’s easy to try to do it all and therefore rush to get to the next thing – whatever it is! So yes, New Yorkers are usually in a rush, are impatient and walk fast, but there’s usually a reason. We’re not trying to be rude, we’re just well, more efficient! So if you want to stop or take a photo on the sidewalk, step aside as not to block the rush and pace of foot traffic.

The books and song lyrics about New York City could not be more accurate. Part of why everyone is rushing around everywhere is because people are super ambitious and competition is fierce. So if you make it here, it makes it much easier to make it any where else! Many friends and family have started careers in NYC and because of the competition and high stakes they have seemed to succeed even more in their futures even outside of NYC.

Also don’t forget to check out 17 of the worst NYC myths.