Karolin Troubetzkoy’s university professor told her that the hospitality industry was a man’s job. Years later she is the Executive Director of Marketing and Operations at two of the top resorts in the world, Anse Chastanet and Jade Mountain in Saint Lucia. Since 2010, she became the President of the Saint Lucia Hotel and Tourism Association and has been honored with numerous awards. Learn how she is impacting the Saint Lucia economy, other Caribbean hotels and inspiring other women to follow in her footsteps. 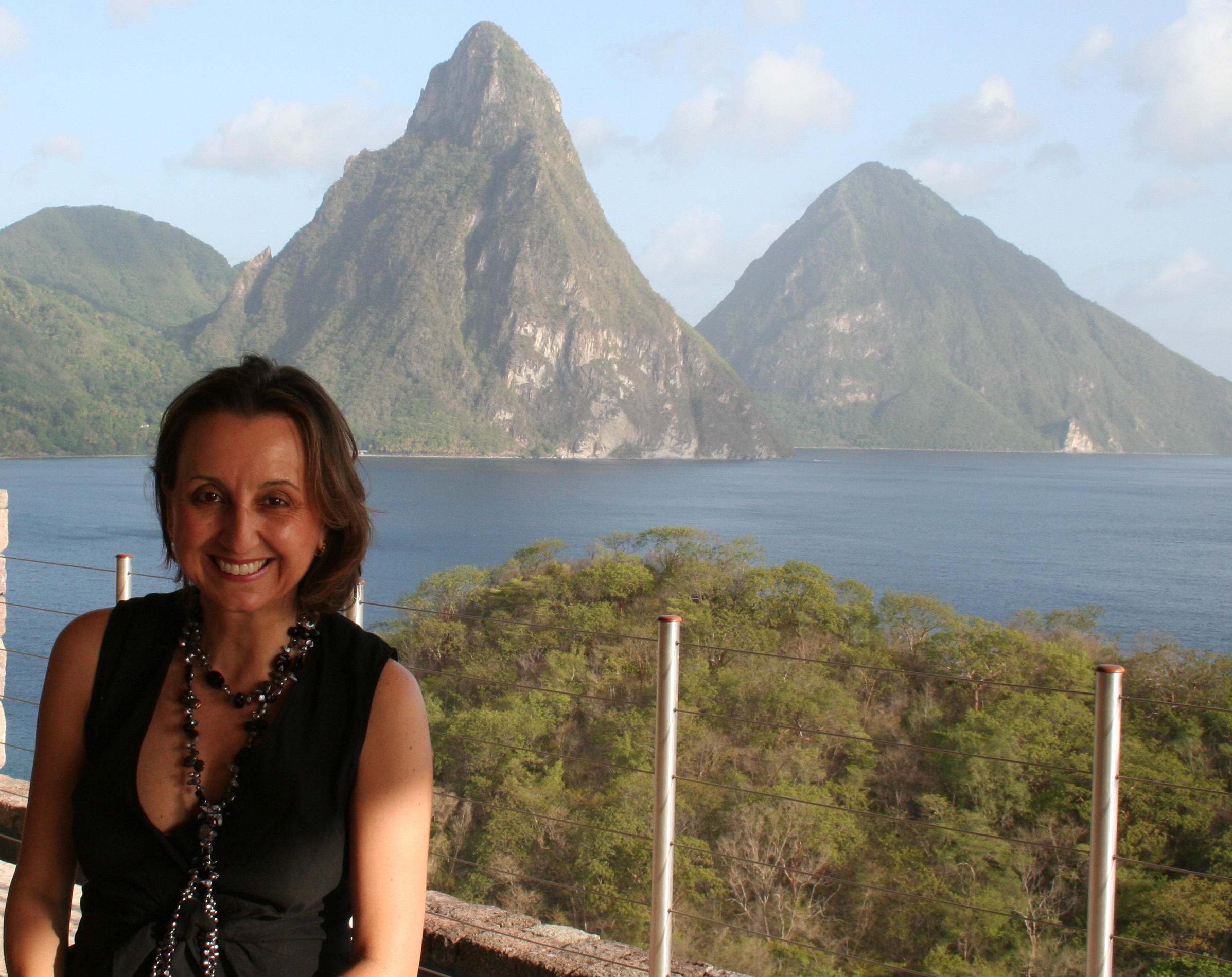 1. Tell us more about the concept behind Jade Mountain?

“We had just been in Italy and you know there are so many websites where they show you that amazing view and then you book it, you overlook the parking lot.

Jade mountain the way it was born as a concept was that it would face forward, it would be a celebration of the view, it would be open walled.

Everyone wants a bit of water, just a plungeful. My idea of a plungeful was a lot more conservative than my husband. I expected a little thing, but he wanted to be challenged and make this structurally the most outstanding architectural challenge. Gigantic pools are suspended in the air at different levels. That was entirely his vision.

Nick wanted to build it in harmony with nature. Building it organically, using only local ingredients from the sandstone, was so important to him.

2. What would you say is the single greatest accomplishment of Jade Mountain?

Architecturally it is one of the most unique properties, not just in the Caribbean, but in the world. It has been described as that. It put the Caribbean on the map for being exciting, new and modern! Generally, the Caribbean is sometimes perceived as being very traditional in the holiday experience. So we needed something like Jade mountain so other hotel developers feel challenged to think outside of the box and also create something that is more unique.

3. How did Jade Mountain impact St Lucia and the local economy?

You really want to ensure that the Caribbean doesn’t end up with that strip mall effect where every island has a Four Seasons and a Best Western. Brands are needed, but it’s important that we retain some of that novelty and uniqueness. That’s what we’ve proven, also the fact that private owners like us are important.

This property produced more magazine covers and more press and publicity for the island than perhaps all the other properties combined. We actually got a metal from/award from one of the previous prime ministers in recognition of the fact that we really contributed to the entire island.

The prices are high so guests might find Jade Mountain very attractive, but they get to know St Lucia through Jade Mountain and stay elsewhere because they perhaps cannot afford this, but so you really have the whole economy.

4. What made you include vegetarian options?

I practically forced the executive chef 20 years ago to always have vegetarian dishes on the menu. Most chefs don’t like this, but it’s been something we have done for 20 years.  We even have a vegetarian restaurant called Emeralds. I don’t eat meat so I find it’s really insulting that most restaurants think that you’ll have a steamed vegetable platter every night.

5. As a woman leader, how do you think you inspire other women?

In the hospitality industry it’s very strange that women came to the job very late in the game, I keep remembering that when I studied hospitality, tourism marketing and hotel restaurant management at university in Munich? I had a professor that was quite astounded and possibly a bit annoyed that there were so many women in the room, he said to us, “what are you all doing here, the hospitality industry is a man’s job, maybe you could work in PR, but if you really want to have a career in a hotel, you must marry the owner. What have I done? I said to Nick I don’t want to marry you because I’m falling into this trap that the professor laid out. I can’t believe I’m ending up doing this. I think honestly it’s my own journey, the fact that I was tainted in a way with this statement, I felt that I had to work 3 times as hard to prove that I was worthy of being in a leadership position and when I was asked to be president of the Caribbean Hotel and Tourism Association I never even realized I was only the second woman in 50 plus years, so yes in a way, it’s great to know that to encourage other women to follow that path and it feels good, I have a feeling the next president will also be a woman.