25 Things You Must Do in China 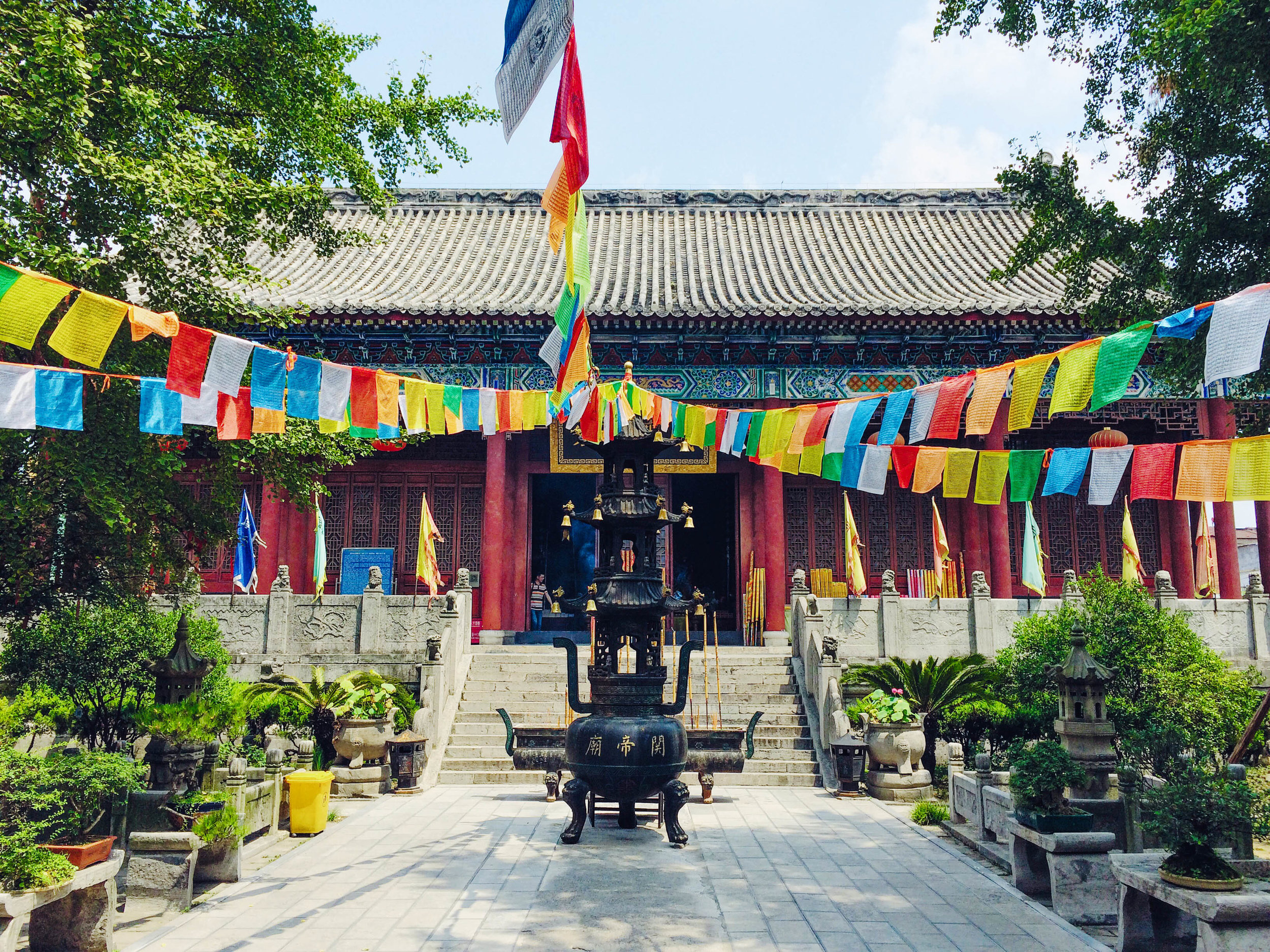 1. Marvel at the Guilin Mountains. They appear otherworldly.

2. Wander through the old town of Lijiang. Ancient architecture and red lanterns abound.

3. Sunbathe at Yalong Bay. This beautiful beach is located on Hainan, also known as the Hawaii of China.

4. Visit the Thousand Island Lake. Located in Zhejiang province, this lake is picturesque.

5. Hug a panda in Chengdu. You can also volunteer to take care of pandas for a day! 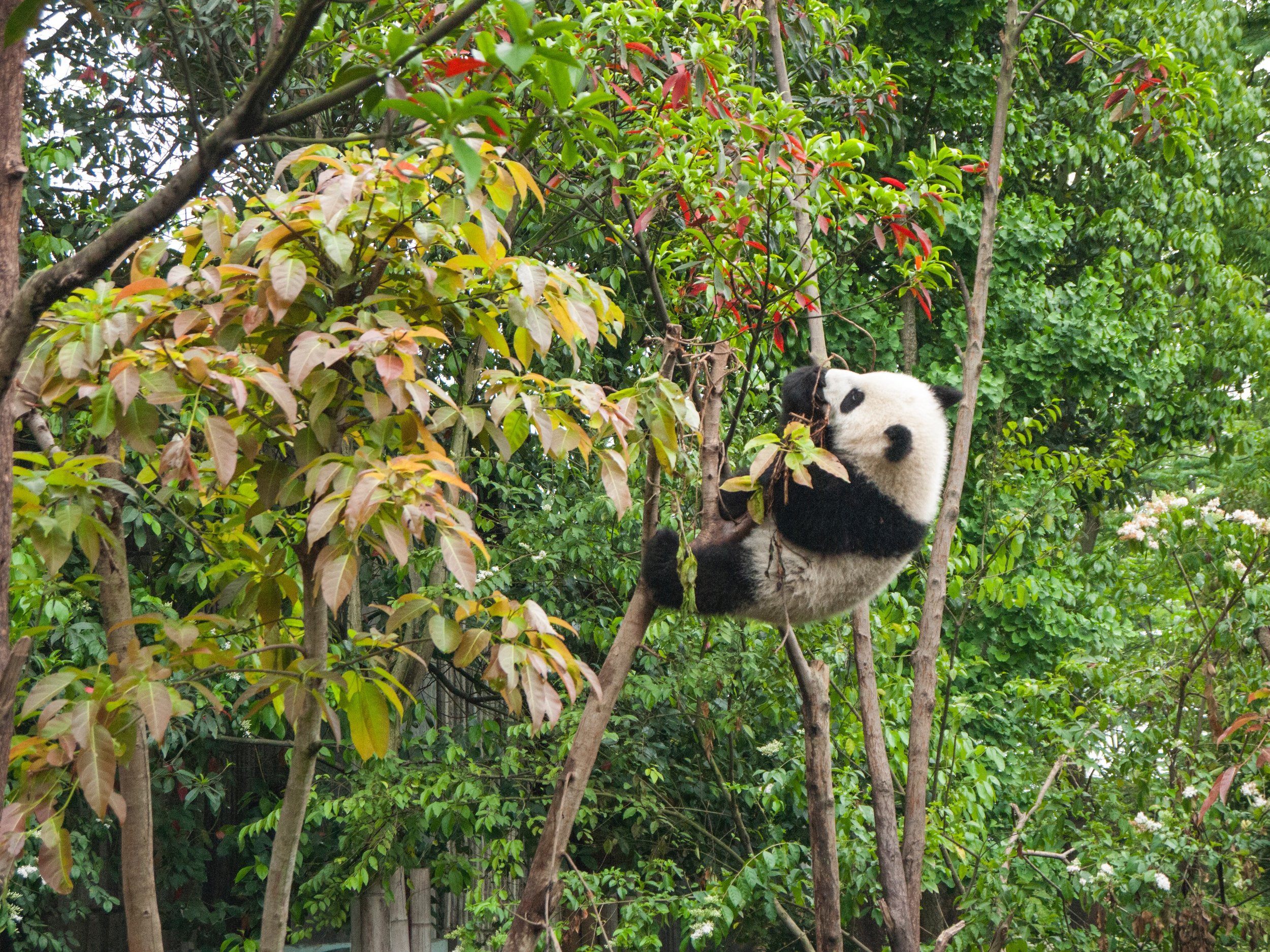 6. Hike the rainbow mountains in Zhangye. Not only is this a great workout, but it also makes for a great photo!

7. See a Red Beach in Panjin. Every autumn a weed that populates the area turns bright red, attracting tourists from all over.

9. Cruise down the Yangtze River. Finally see the river about which the Chinese have written multiple famous songs!

10. Snap a pic from the bund in Shanghai. This is the best place to view Shanghai’s modern side. 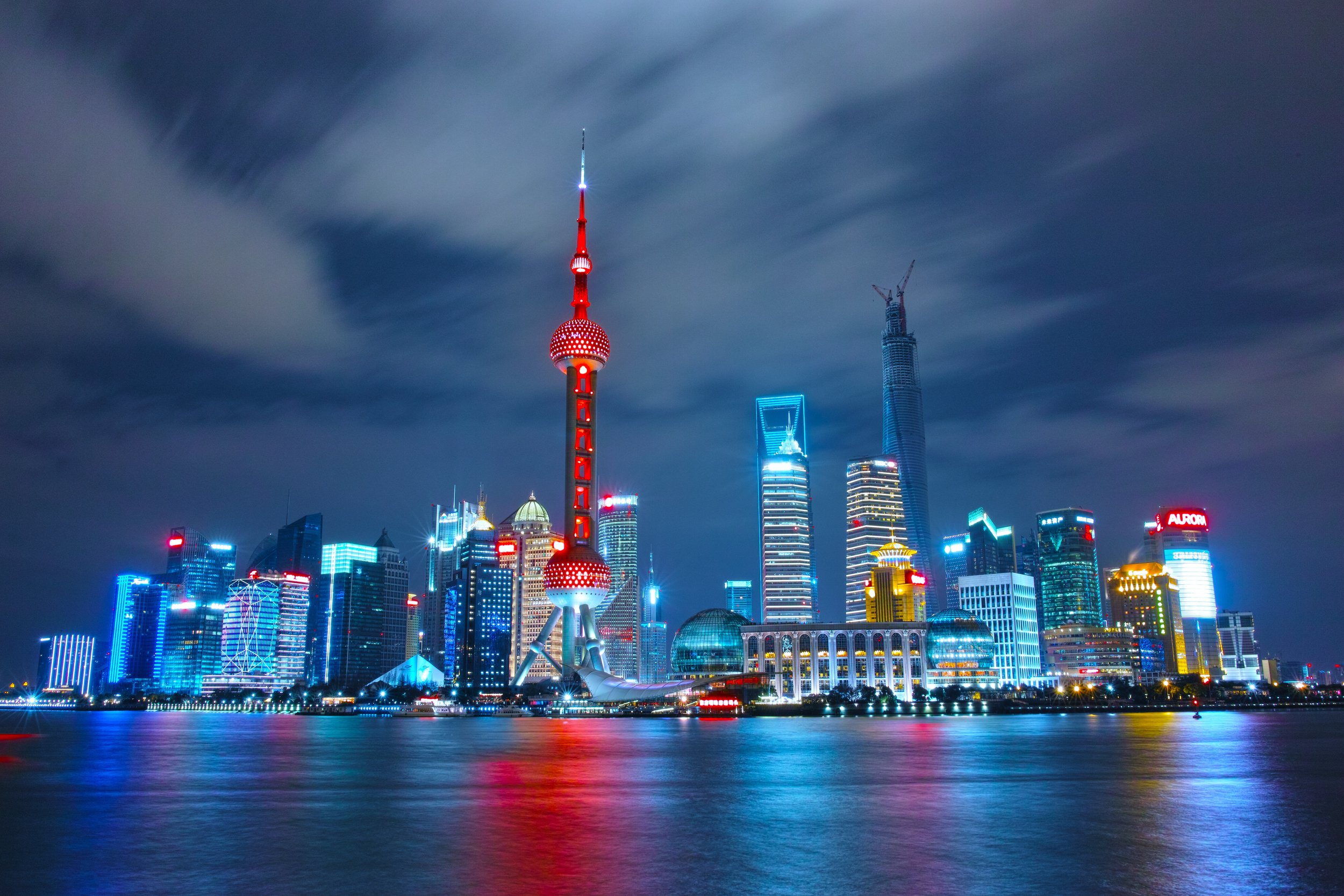 11. Admire the natural formations in Zhangjiajie. These rocks are known as the stone forest.

12. Ride a boat through Suzhou’s water towns. Like the Venice of Asia, Suzhou has canals instead of roads.

13. Explore Jiuzhaigou. The water in this stunning national park changes color depending on the time of year.

14. Visit the Temple of Heaven. The beautiful architecture and tranquility of the place will make you feel like you’re in heaven itself.

15. Tour the Silicon Valley of the East. A decade ago, Shenzhen was nothing more than a sleepy agricultural town, but now houses a number of booming tech companies, one of them being the popular drone company DJI!

16. Taste the numbing spices of Sichuan food. Sichuan pepper causes a numbing sensation when you bite into it, and is a novelty worth trying out.

17. Walk Huashan’s “Plank of Death.” As scary as it may sound, you are strapped onto a safety rope as you walk on a narrow plank nailed to the side of a cliff so it’s actually very safe.

18. See the giant buddha in Leshan. This buddha statue is carved into the side of a cliff.

19. See the ancient terracotta army. When the Emperor Qin Shi Huang died, he was buried with a literal army of terracotta soldiers, each with individualized statures and faces. 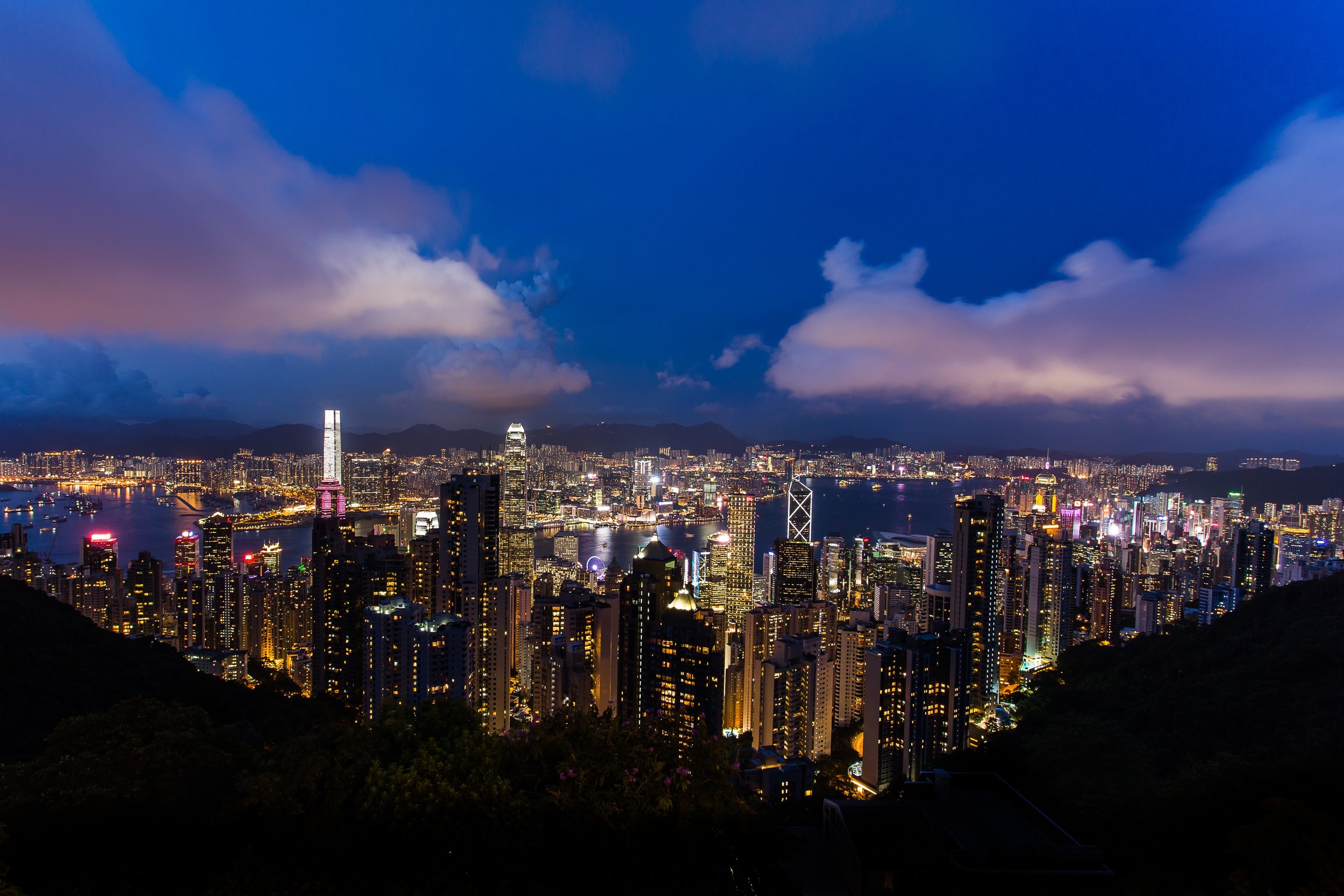 22. Visit the Forbidden City. What was kept secret for half a millennium is now a popular tourist attraction.

23. Ride camels across the Gobi Desert. There is a type of camel speciﬁc to only this desert.

25. Snap a pic of the canola ﬁelds in Xinghua. Every February to March, these ﬁelds bloom into a sea of bright yellow ﬂowers.

What else do you think is a must do or see in China? Comment below!

READ NEXT: 17 Destinations to Visit in 2017 Before They Become Tourist Traps 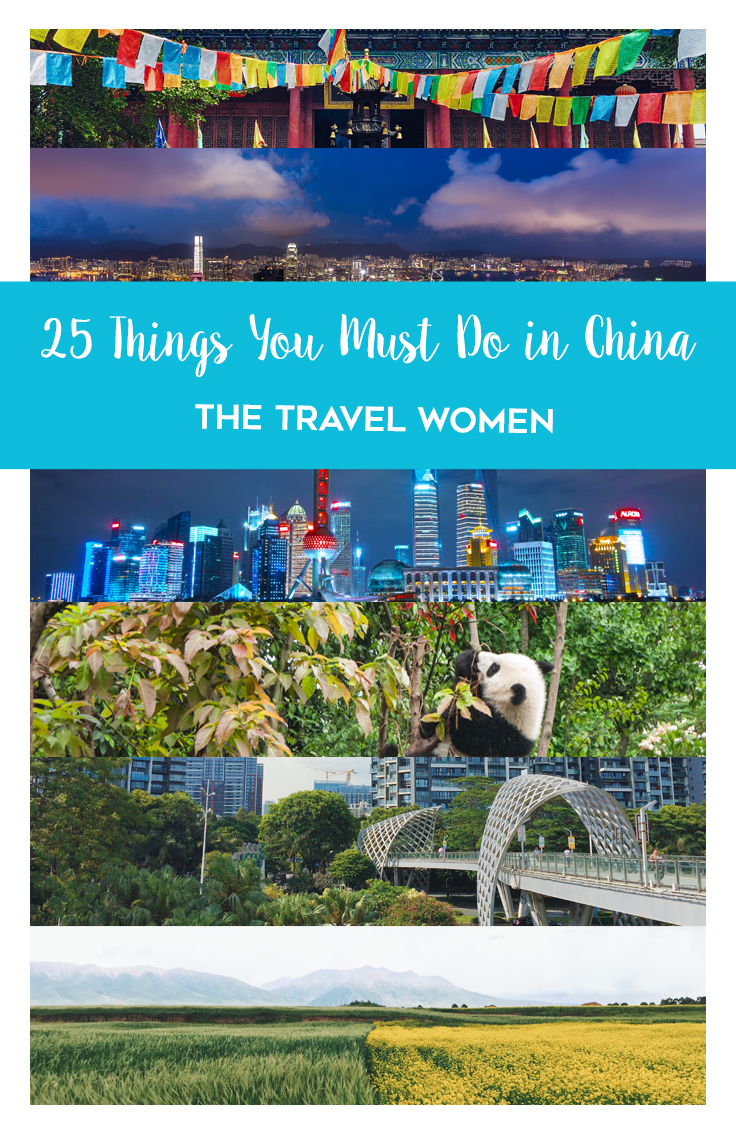