Where to Go in 2017: 17 Destinations to Visit Before They Become Tourist Traps

The most common New Year’s resolution in our poll this year was “travel more” but where would you start? Here are 17 destinations you should visit in 2017 before they become total tourist traps.

1. Peru: While Machu Picchu may already be a tourist trap, the country certainly doesn’t end there. Peru is full of incredible landscapes, a few of which are the Vinicunca Mountain (Rainbow Mountain), Colca Canyon, Andes Mountains, Moray Ruins, Huacachina (a little oasis town nestled within the desert), and Salinas Des Maras. 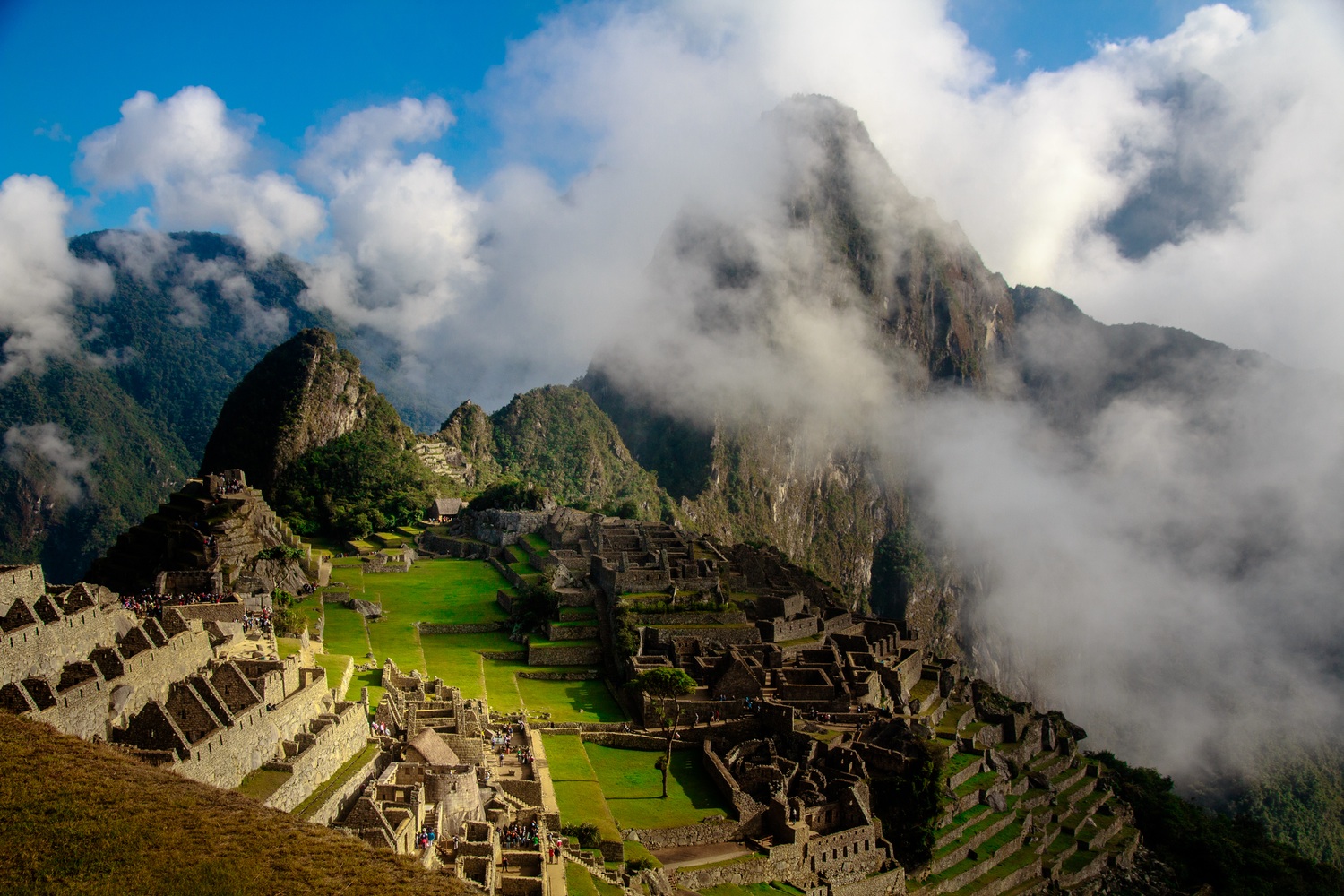 2. Indonesia (Not Bali): Yes, Bali has become wildly popular in the last year, but there are plenty of parts of Indonesia which are still relatively undiscovered and well worth the visit. Check out Padar Island (pictured below), Borobudur, Komodo National Park, Nusa Tenggara, Kelimutu National Park, Nusa Penida, and the Gili Islands! 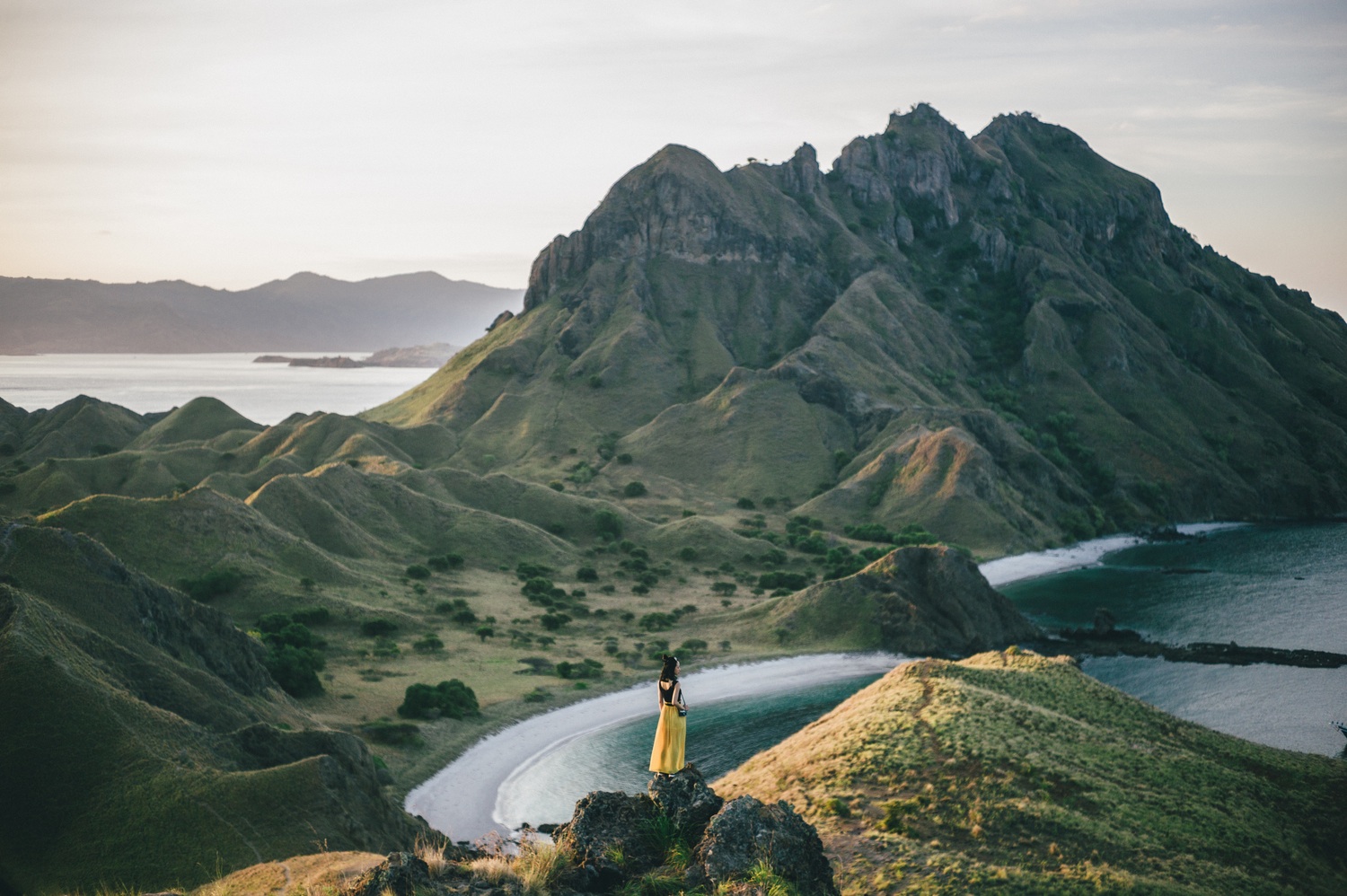 3. Faroe Islands: Part of Denmark but located somewhere in between Iceland and the UK lies the Faroe Islands. The Faroe Islands have landscapes unparalleled anywhere else in the world, and are quickly gaining popularity among photographers. 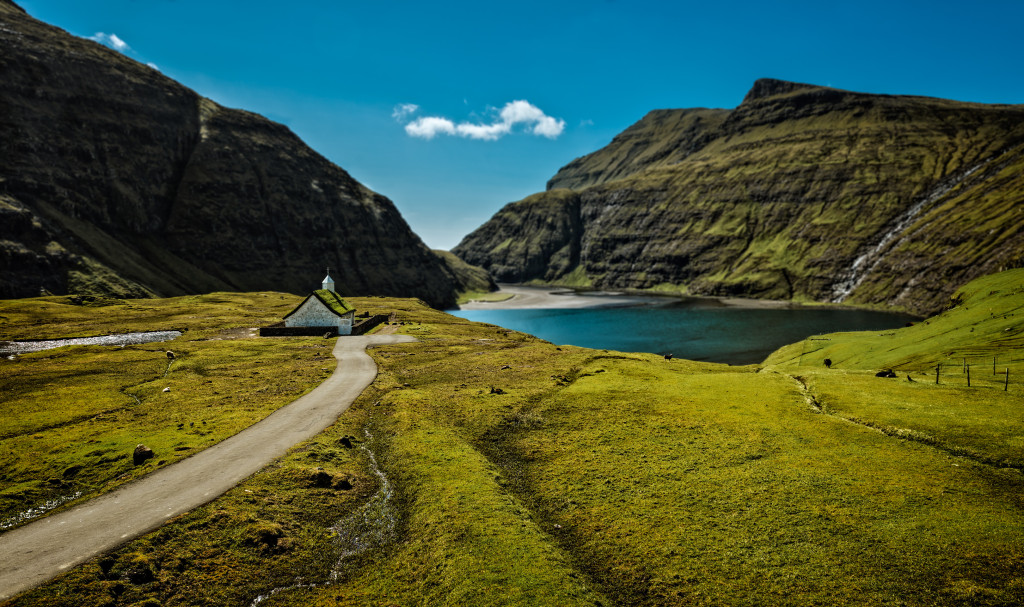 4. Canada: Canada doesn’t get nearly enough credit. I truly believe that it is one of the most beautiful countries on the planet, and yet, I don’t see nearly enough travelers visiting Canada. If you do decide to go, I encourage you to explore everything from Montreal to Vancouver, Banff to Newfoundland to Yukon. 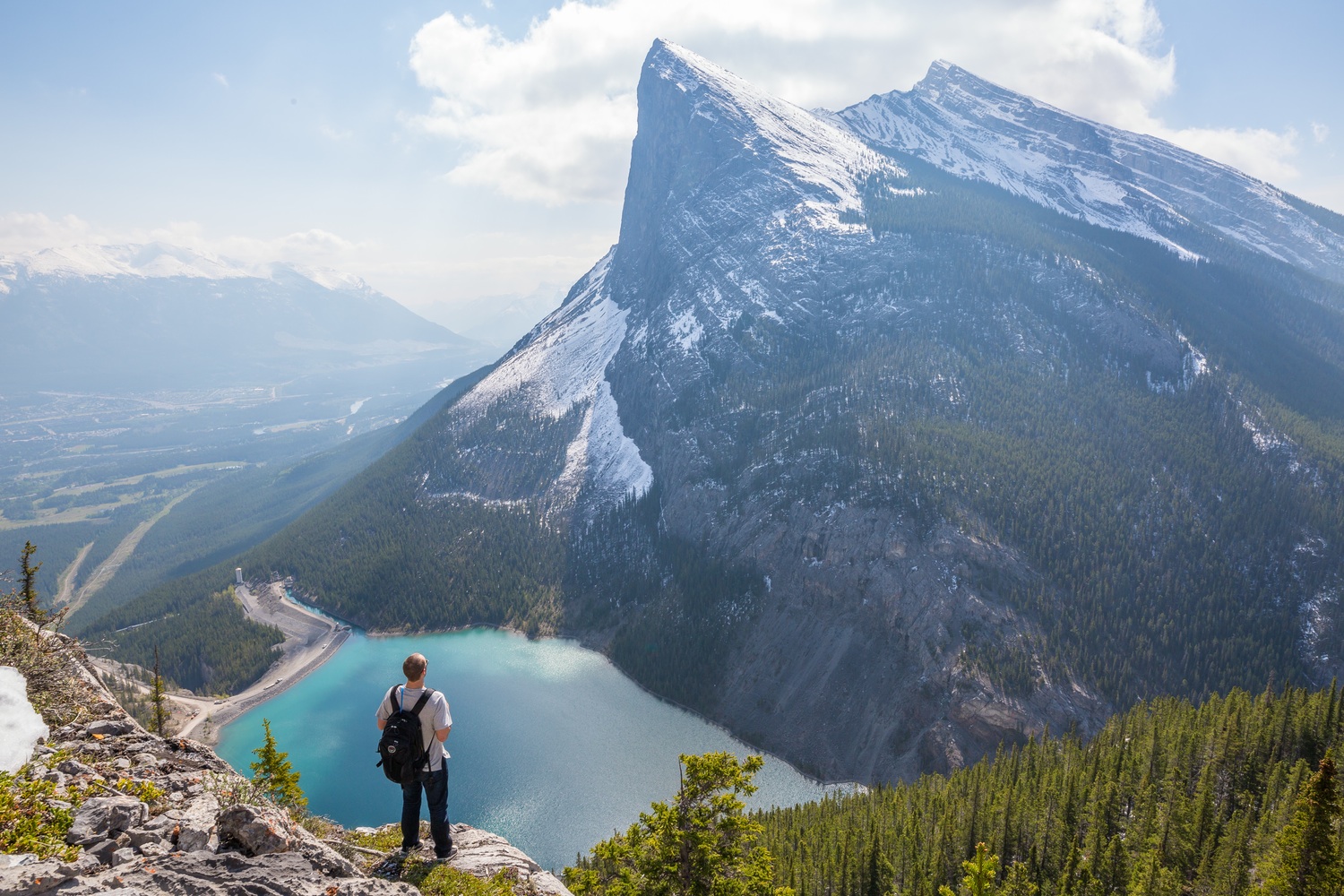 5. Belize: I genuinely have no idea why this country isn’t more popular than it is. It’s got gorgeous beaches, incredible scuba diving in the Great Blue Hole, rich cultural history to be explored in the form of Mayan ruins; what more can you ask for? 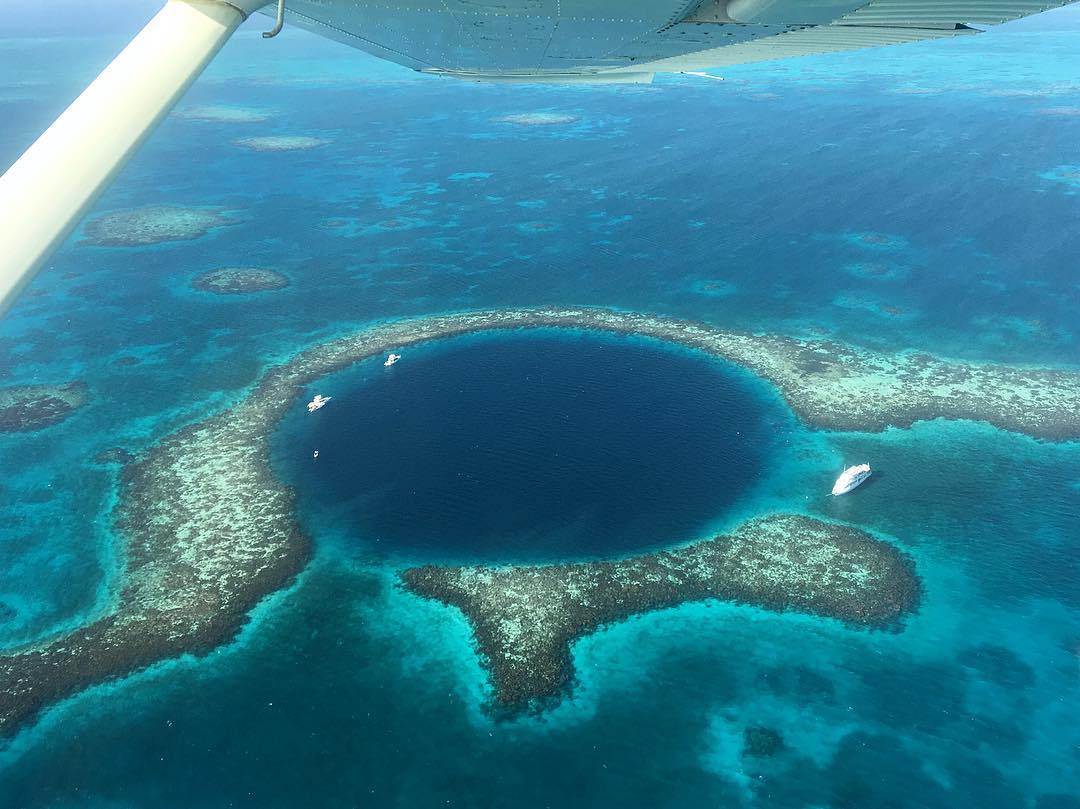 6. Philippines: This Asian country has been gaining favor within the travel community, which it rightfully deserves. It really is more fun in the Philippines. There are the popular places, like Boracay, Kawasan Falls, and Bohol, and the less popular ones, like Dumaguete, Coron, El Nido, Nacpan, Manjuyod Sandbar, Oslob, and Bantayan. All of them are worth visiting before they become more popular. 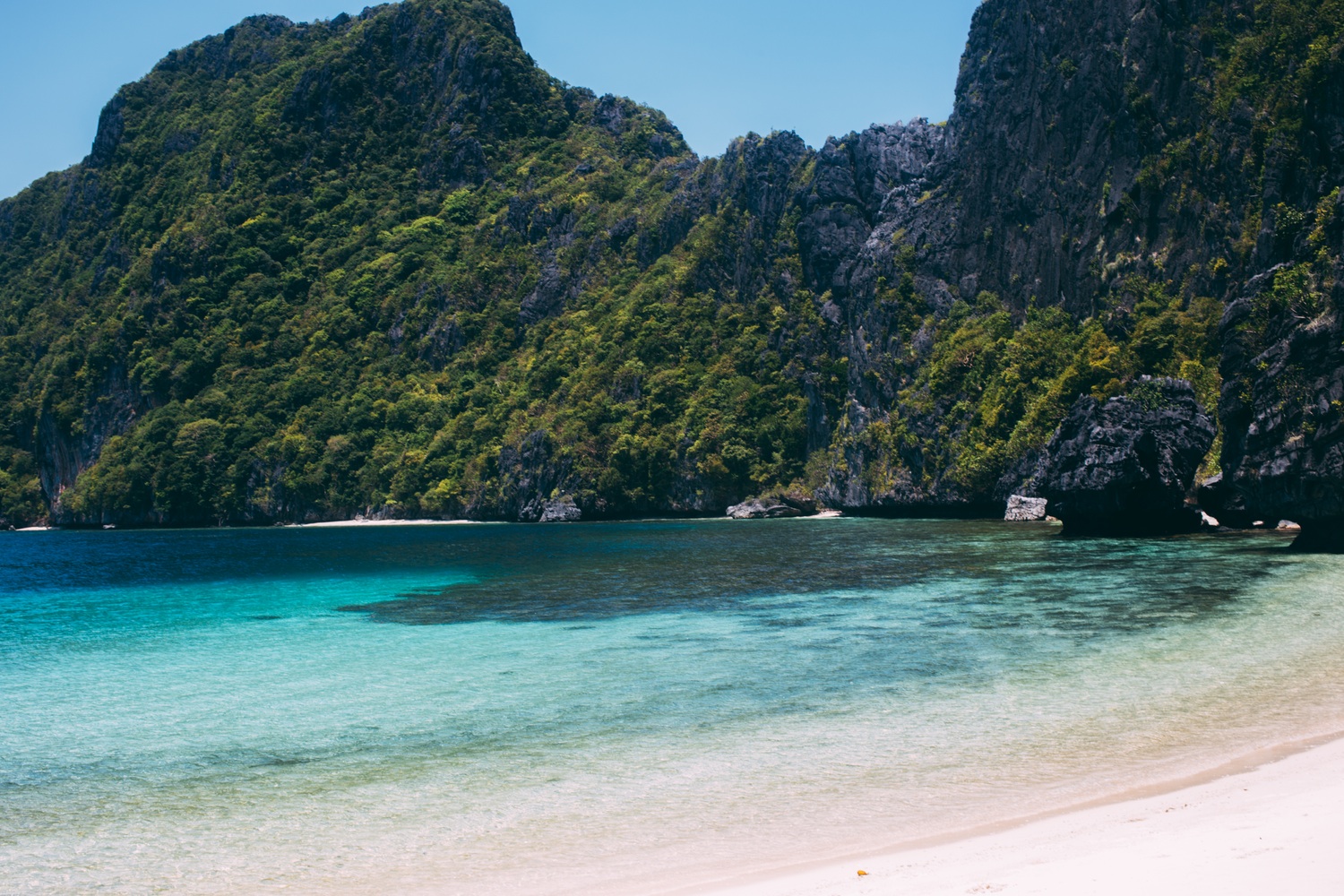 7. Nepal: This country’s got the claim to the highest mountain in the world, but that’s not all it has. It’s overall just a breathtaking country, and has some of the richest culture, I mean, it’s home to ten UNESCO World Heritage sites! Kathmandu is always worth a visit for its plethora of religious sites, there’s temples of more than one religion to be found. 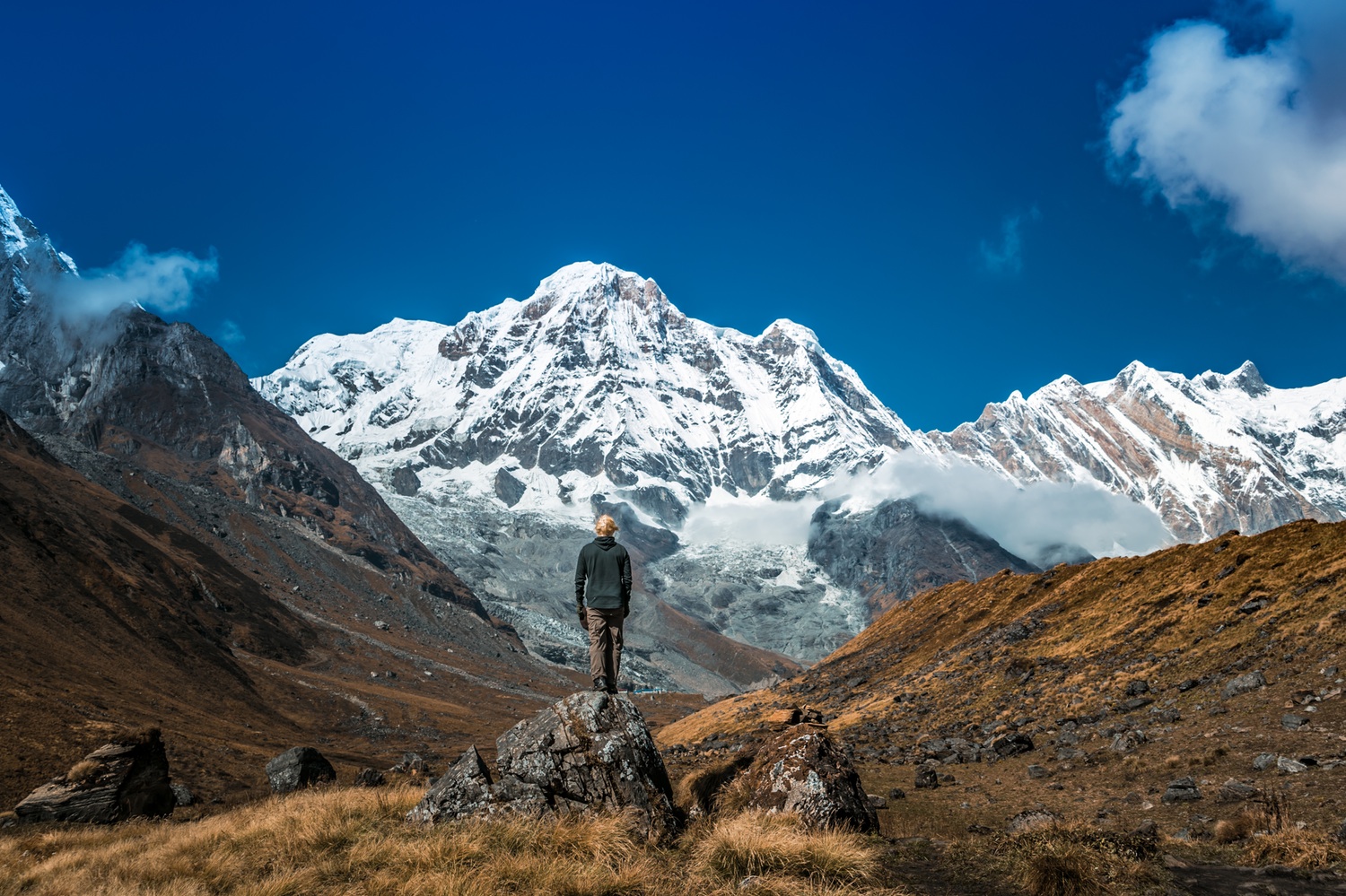 8. Portugal: Of all the western European countries, I feel like this one gets the most overlooked. Portugal boasts some pretty impressive landscapes and islands like the Azores. The cities are definitely worth the visit as well, especially Porto and Lisbon. Also check out the Algarve, low cliffs overlooking sandy coves (pictured below). 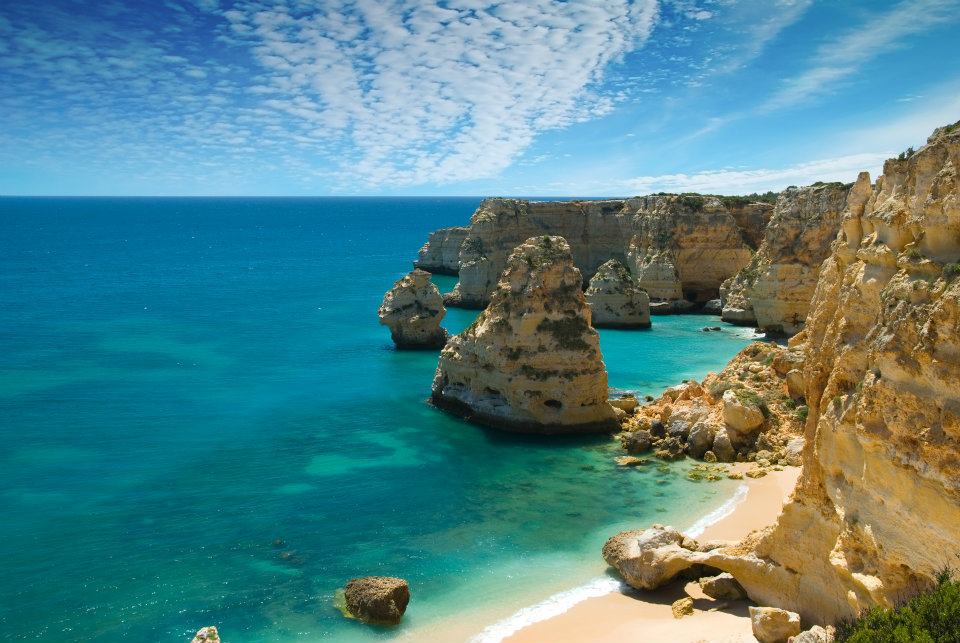 9. India: While the Taj Mahal may already be a tourist trap, most of India is not! Cities such as Goa, Jaipur, and New Delhi still remain unvisited by a large portion of travelers, despite being dazzling cultural hubs. India also has quite a lot of spectacular wildlife that you can’t find anywhere else. 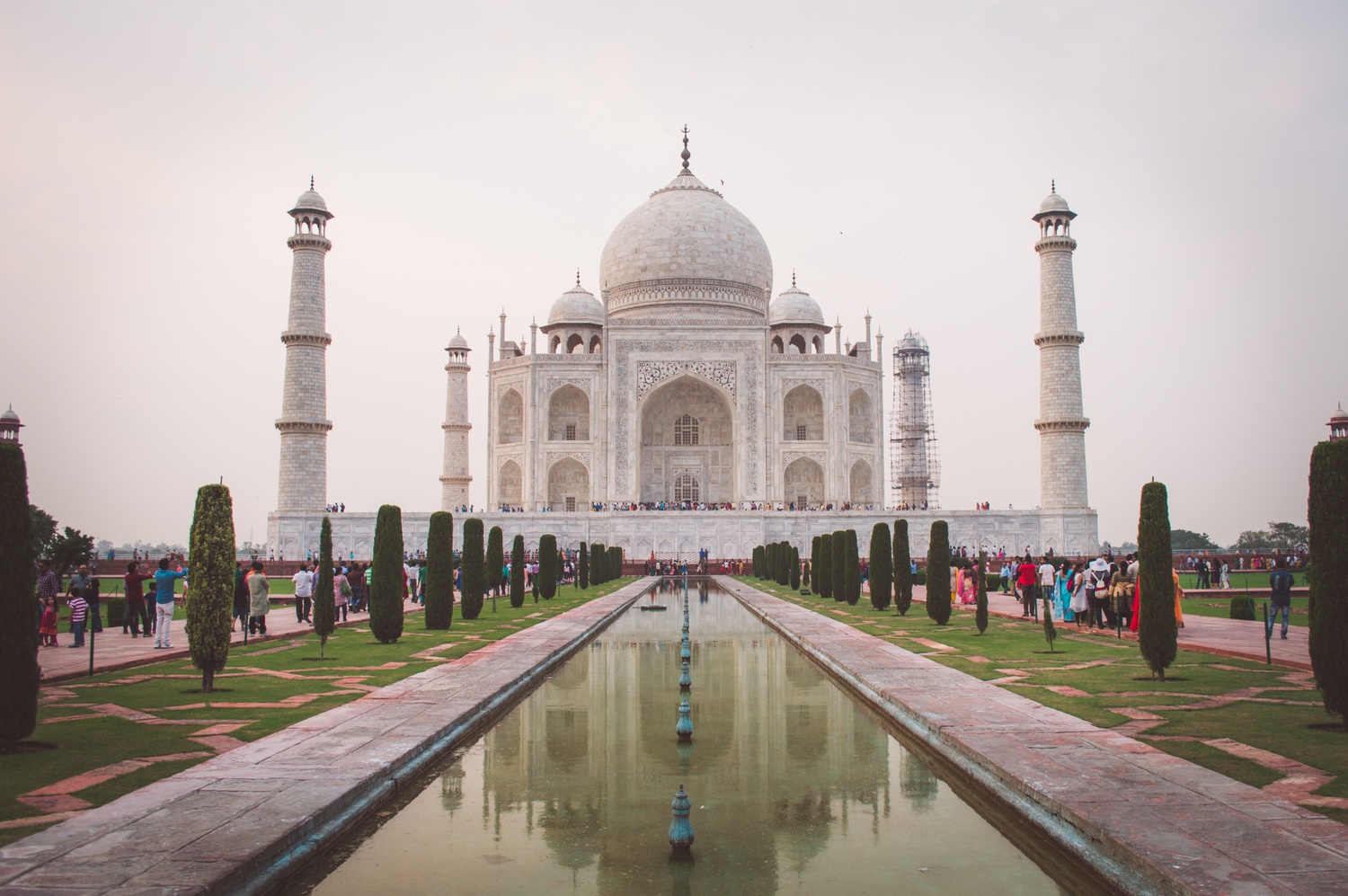 10. Yucatan Peninsula, Mexico: There’s more to it than Cancun or Chichen Itza. These places are surely already tourist hubs, however, there still remain plenty of lesser-explored regions of the Yucatan which definitely are worth mentioning, such as Isla Holbox, Las Coloradas (that pink lake that’s been everywhere on insta), Cenote Jardin El Eden, and Isla Mujeres. 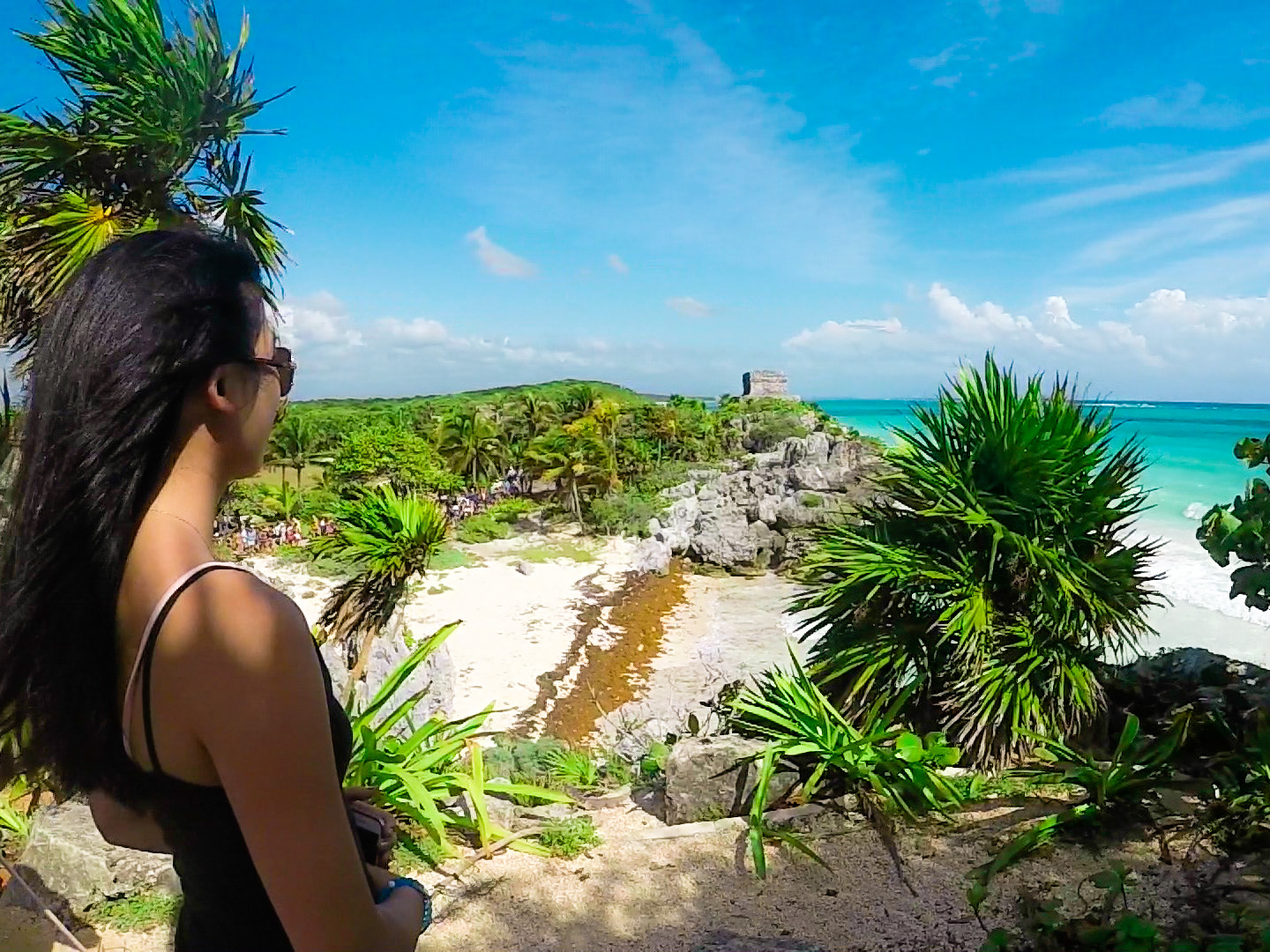 11. Sri Lanka: After the 2016 TBC Asia was hosted in Sri Lanka, you may expect to see a rise in tourism to this little island nation! Often called the jewel of the Indian Ocean, Sri Lanka has plenty to offer. The diversity of the climate on Sri Lanka is unreal, you can see rainforests, sandy beaches, dry plains, all in one place. Make sure to check out Sigiriya Rock, Colombo, Old Town of Galle, go on safari, snap a pic of the Mackwoods Fine Tea sign which is designed to look like the Hollywood sign, and take a train ride through the lush landscape before the place gets too crowded! 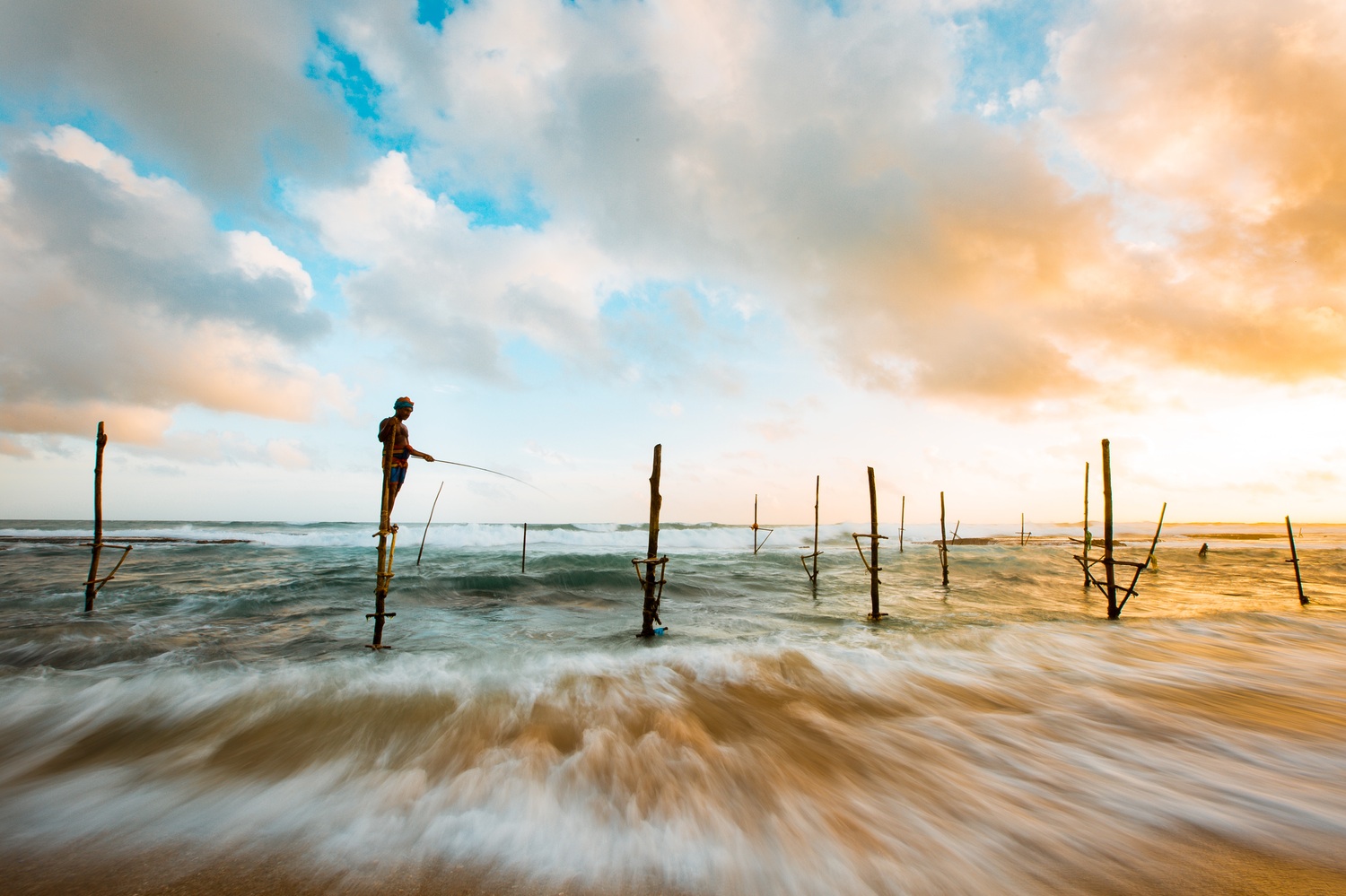 12. Jordan: Despite being home to one of the seven new wonders of the world, Jordan isn’t much visited, perhaps because it is near a few countries that are often deemed unsafe. However, Jordan is actually relatively safe to travel to, and absolutely underrated. Explore the breathtaking Wadi Rum, the city of Amman, the famous Dead Sea, and more in this wonderful country. 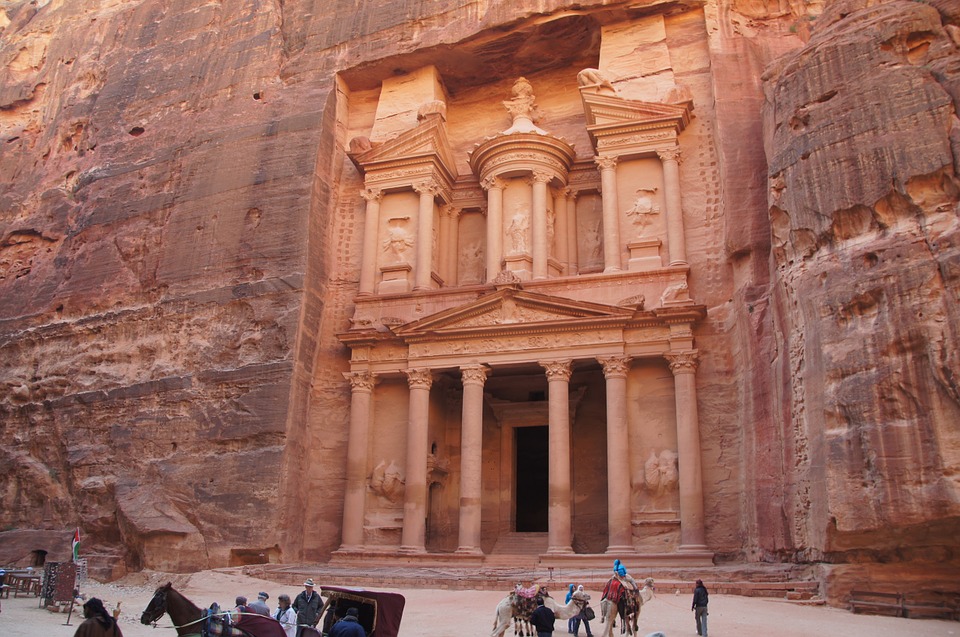 13. Iceland: Iceland is definitely worth visiting for the gorgeous natural landscapes. You definitely don’t need to be a photographer or even an instagram enthusiast to enjoy the beauty. As it’s growing more popular every day, it’s better to visit here sooner rather than later! WOW Air offers $69 and $99 flights from America to Iceland. 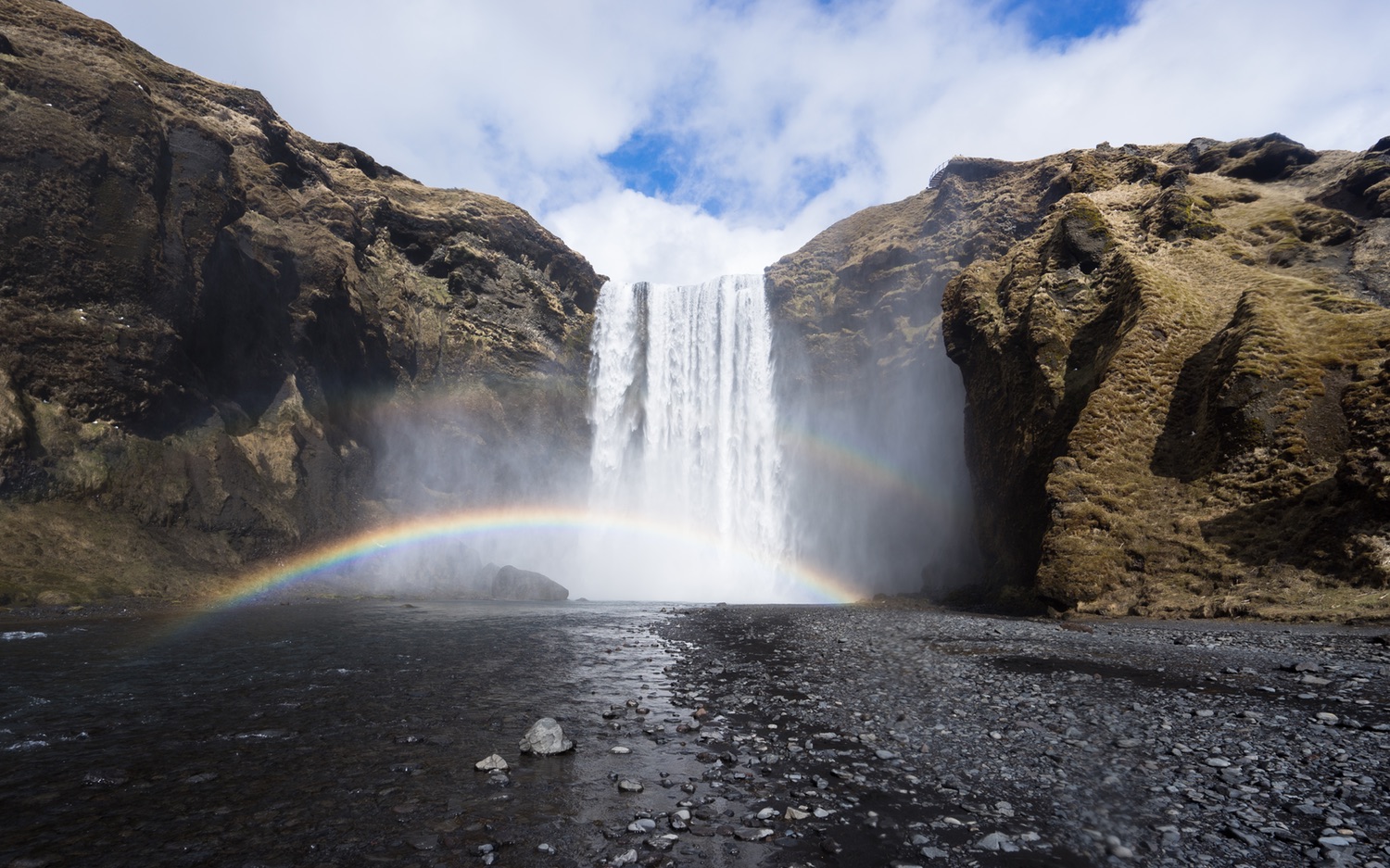 14. Myanmar (Burma): Emerging from a long period of isolation, Myanmar still has an aura of mystery around it. In my opinion, that just makes it more exciting to visit! (But you should still always do your research before traveling.) While Southeast Asia in general is very popular, especially among backpackers, Myanmar has mainly remained out of the public eye. However, it is a breathtakingly beautiful country, and you really ought to visit before everyone else figures this one out too. 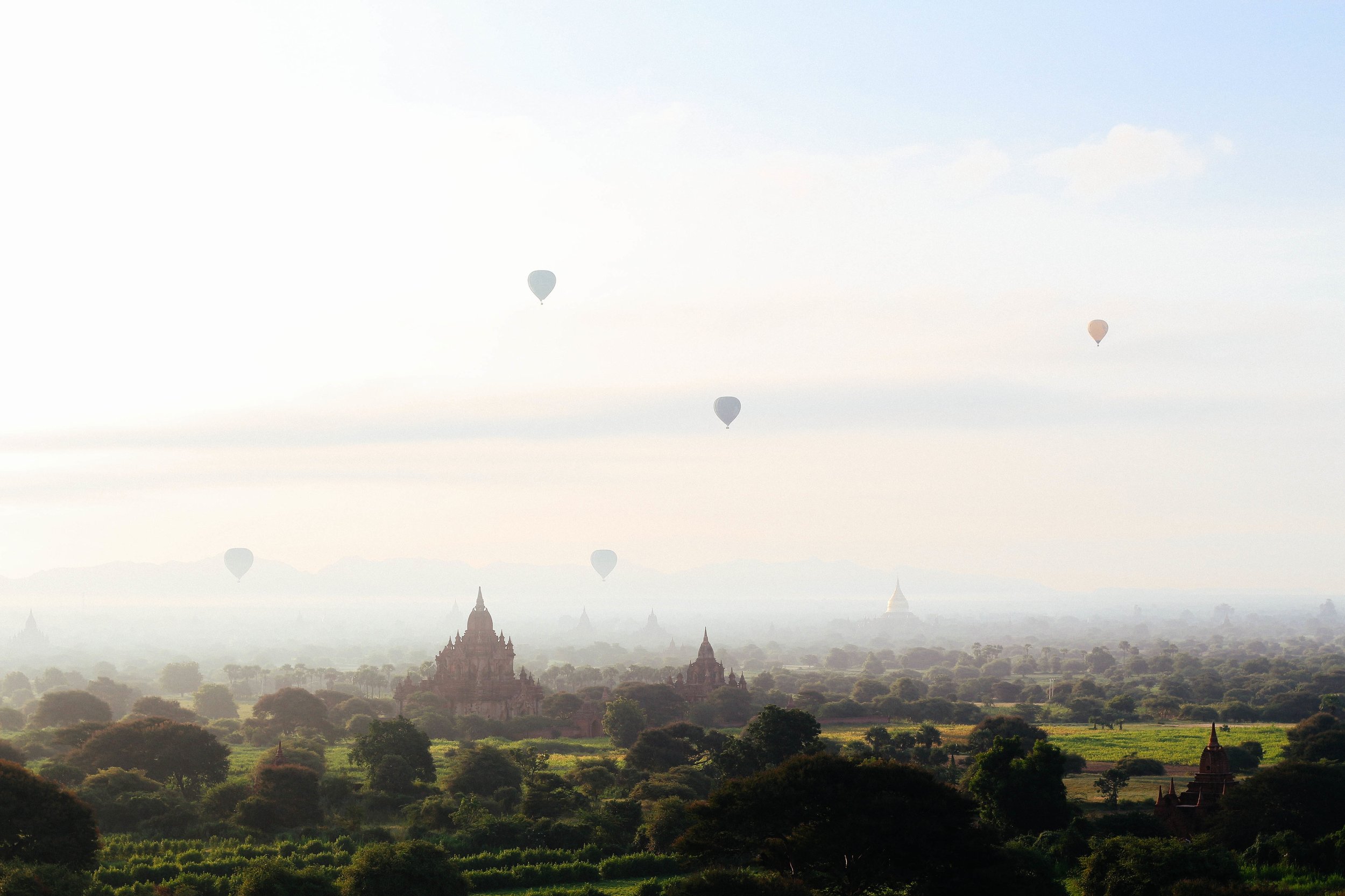 15. Brazil: As last year’s Olympics showed us, Brazil is full of some amazing people, and also, Rio is a gorgeous city! But of course, there is much more to Brazil than just Rio. Check out Iguazu Falls, sand dune pools in the desert called Lençóis Maranhenses, the quaint town of Pelourinho, the Rainforest, Vale da Lua, and Favela. 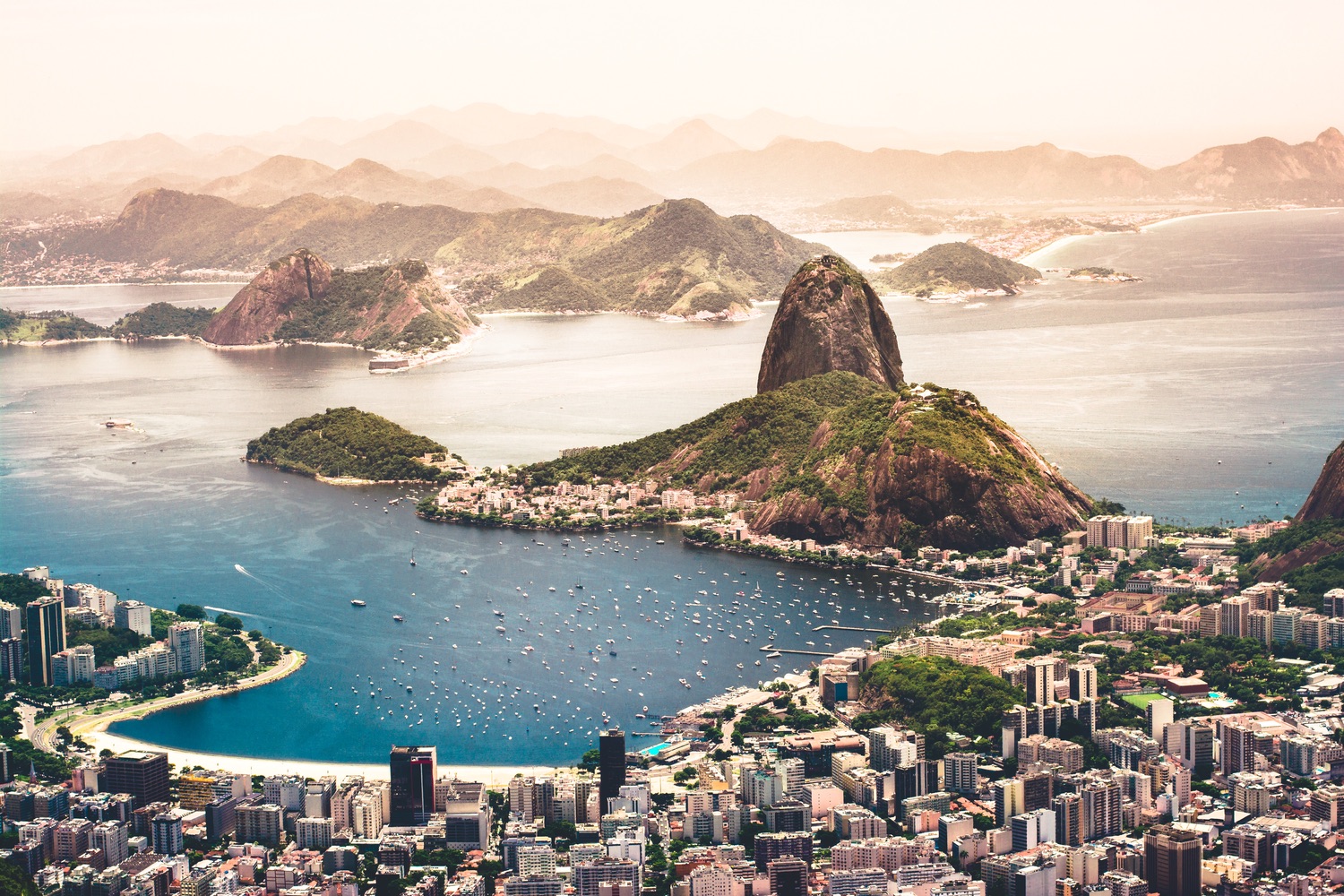 16. China: If you say China to most people, they’ll only think of Beijing, Hong Kong, and Shanghai. But China is a huge country (the fourth largest in the world) and it’s got thousands of years of history to explore, insane landscapes, and a booming economy that lends itself to rapidly growing cities. As a girl who’s been about seven times in my life, trust me when I say that you need to visit! 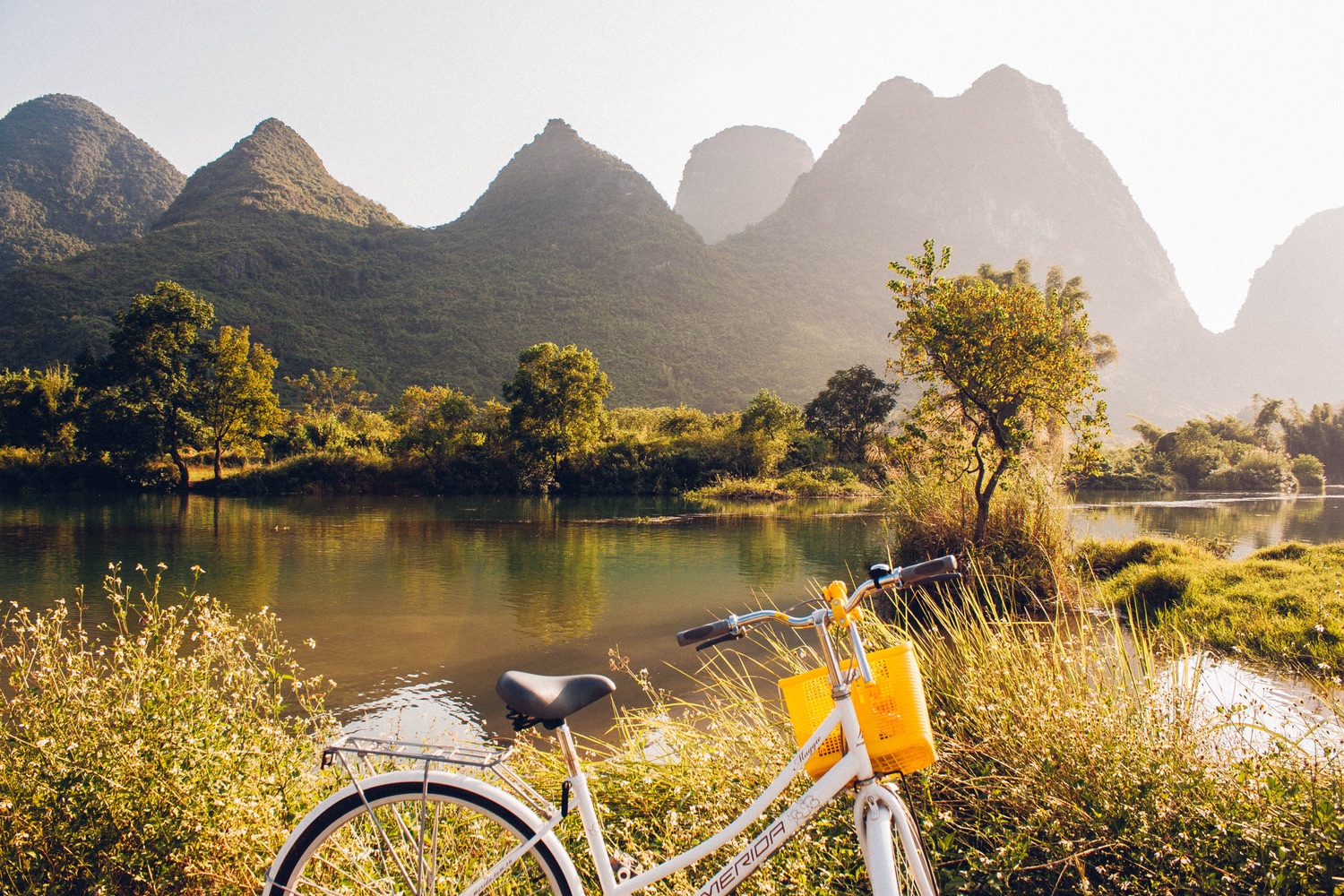 17. Turkey: You’ve probably heard of Cappadocia, but most of this country is undiscovered to the mainstream. Also, sadly, the country’s tourism is currently declining due recent media coverage but parts of Turkey are still fairly safe for travelers. Which means that if you go now, you will probably not be met with hordes of tourists! It’s a perfect time to bathe in Pamukkale, visit the extravagant Blue Mosque, wonder with awe at the Butterfly Valley, explore the Saklikent Gorge, and wander in the Grand Bazaar. 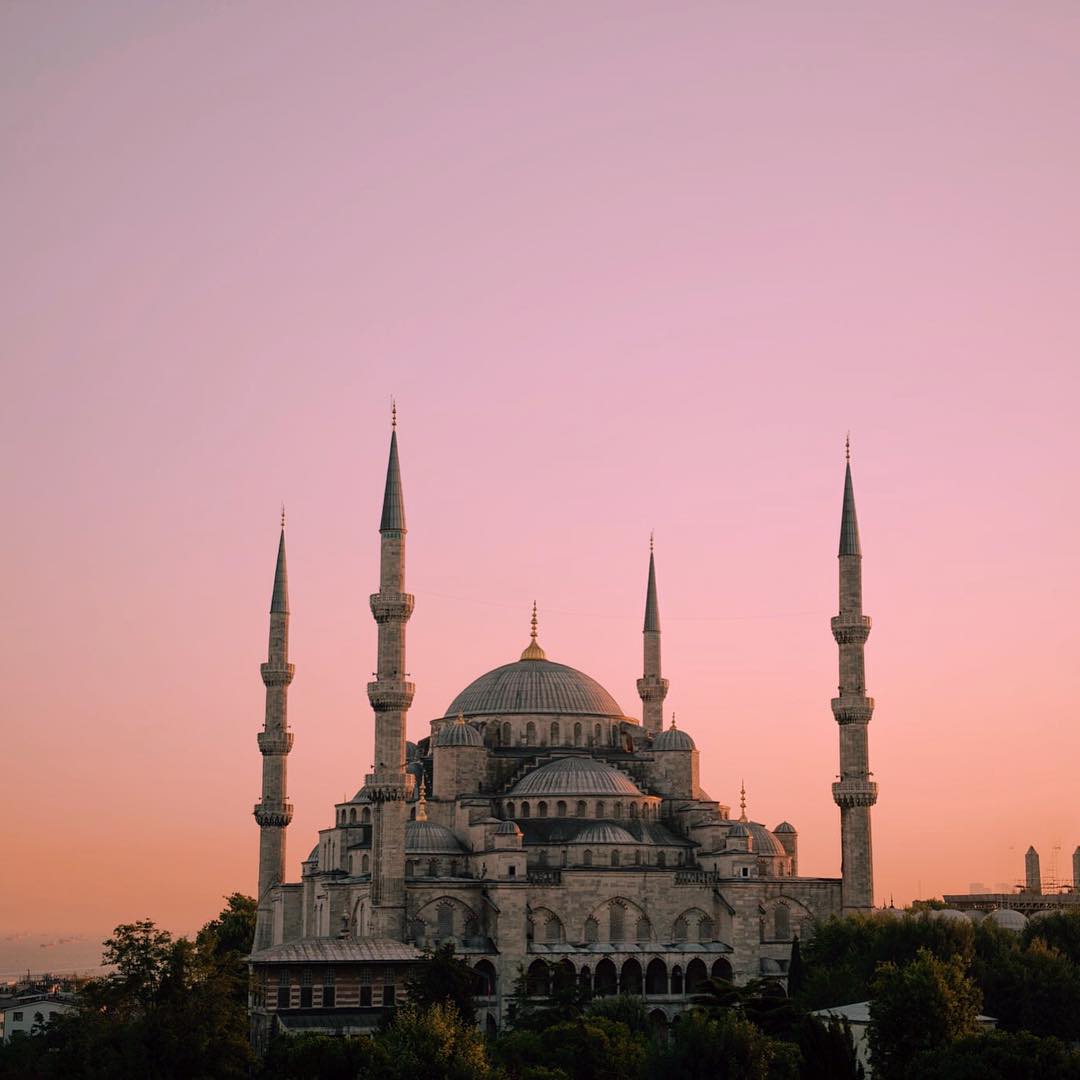 Where will you travel to first in 2017? Let us know in the comments below! 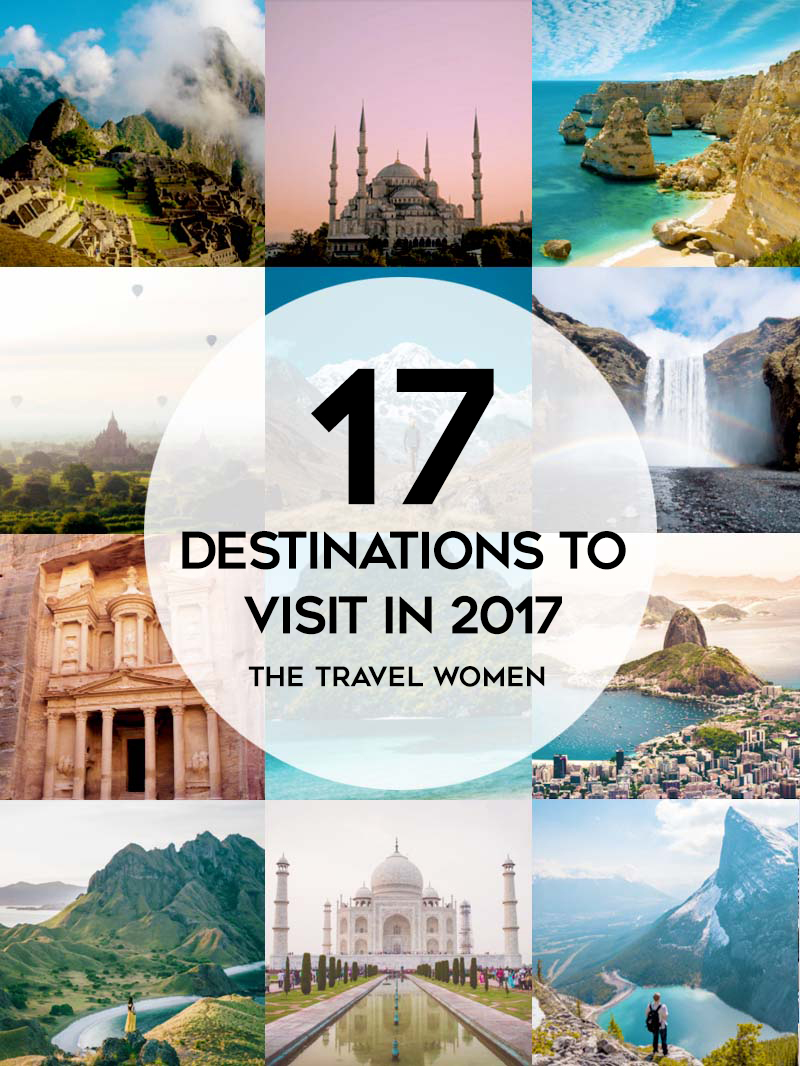 2 thoughts on “Where to Go in 2017: 17 Destinations to Visit Before They Become Tourist Traps”