Five Things You Must Do in Austin During SXSW

Every year in March, my current hometown of Austin, Texas gets invaded by two things: glorious spring weather and SXSW, the iconic film, music and interactive festival that hijacks the city for eight days every year. If you’re heading to Austin for the first time, here are five things you MUST do: 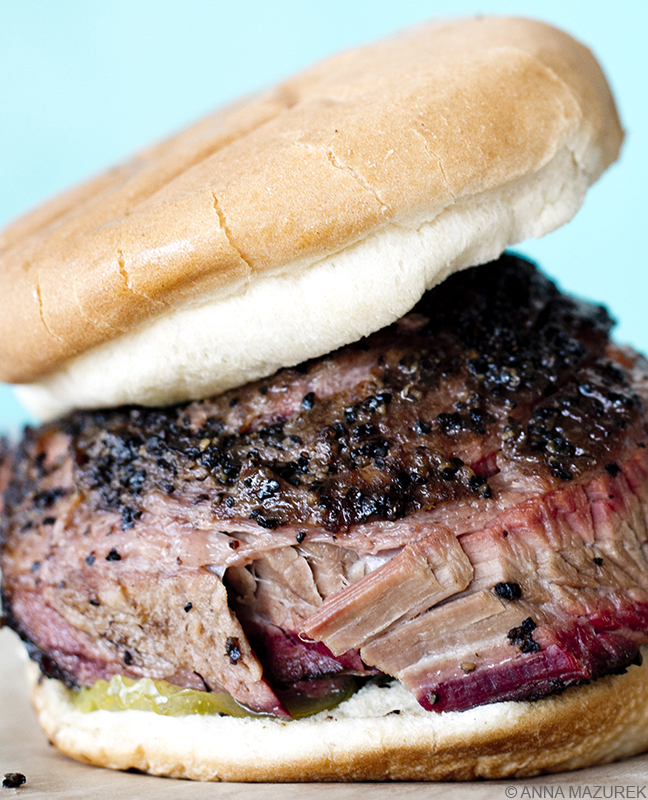 1. Eat BBQ: Coming to Austin and not eating barbecue is a cardinal sin. It is a ritual to stand in line at Franklin Barbecue on your first trip in Austin. (In Texas, standing in line for barbecue is the norm. You’ll get used to it.) Come prepared with chairs and beer for the four hour wait. Trust me, the brisket is worth every minute. The lines are shorter at La Barbecue (great brisket and pulled pork) and Mickelthwait Craft Meats, my personal favorite with great pulled pork, sausage, jalapeno cheese grits and the best mayo-based potato salad in town! Plan wisely so you can try them all. 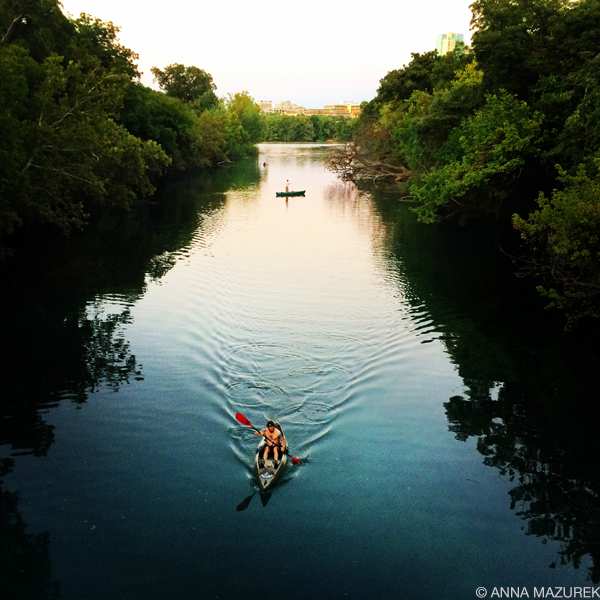 2. Paddle Boarding on Lady Bird Lake: Lady Bird Lake is the center piece of Austin. I take every single person who comes to visit paddle boarding to see the city skyline from the water. It’s also the best place to escape the crowds! There are four places scattered around various corners of the lake that rent kayaks, canoes and standup paddleboards. The lake is also surrounded by a 10-mile bike and running trail, which is the most popular outdoor recreation area in the city. 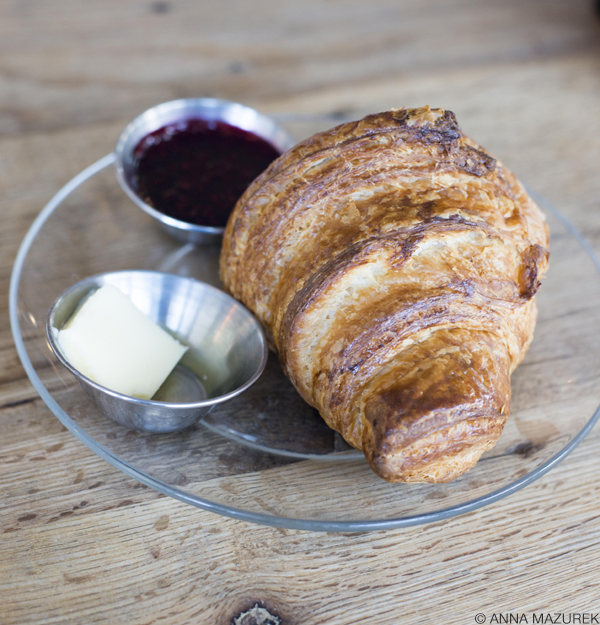 3. Breakfast at Café No Sé: The best place to cure your hangover is Café No Sé, a white-walled café lined with windows in the South Congress Hotel. Start off with one of the freshly baked croissants with raspberry jam. (Their pastry chef is a James Beard Award Semifinalist.) I recommend the ricotta hotcakes served with bananas, pecan butter and maple syrup. Savory options include the egg sandwich topped with cheese and bacon on a cheddar scallion biscuit and the café scramble with mushrooms, peppers, spinach and fresh ricotta. The café is open all day. Breakfast is served until 11 a.m. on weekdays. Brunch runs from 10 a.m. to 3 p.m. on weekends. 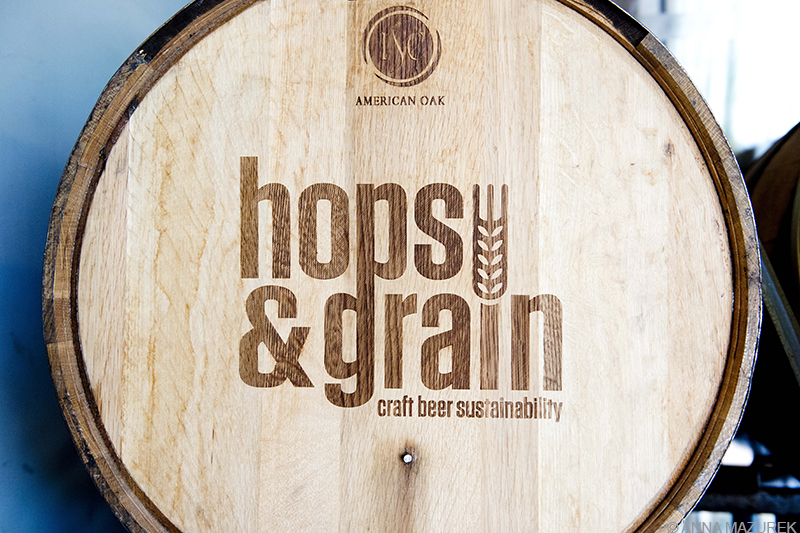 4. Try the Local Brews: Craft beer is king in Austin. East Austin has several must-visit breweries including the sleek tap room at Hops & Grain, who won a World Beer Cup Medal for their German style brown ale, ALT-eration, just a few months after they opened in 2012. Lazarus Brewing converted an old gas station into one of the swankiest taprooms in town. They serve great tacos, coffee and beer like my favorite—Shackleton EPB, an English premium bitter. Zilker Brewing Company and Blue Owl Brewing are other great options.

Escape the downtown traffic and head up north to another great collection of breweries including Austin Beerworks, known for their hilarious warning label on their beer-can shaped pint glasses, and Adelbert’s Brewery, which specializes in Belgian-style ales. 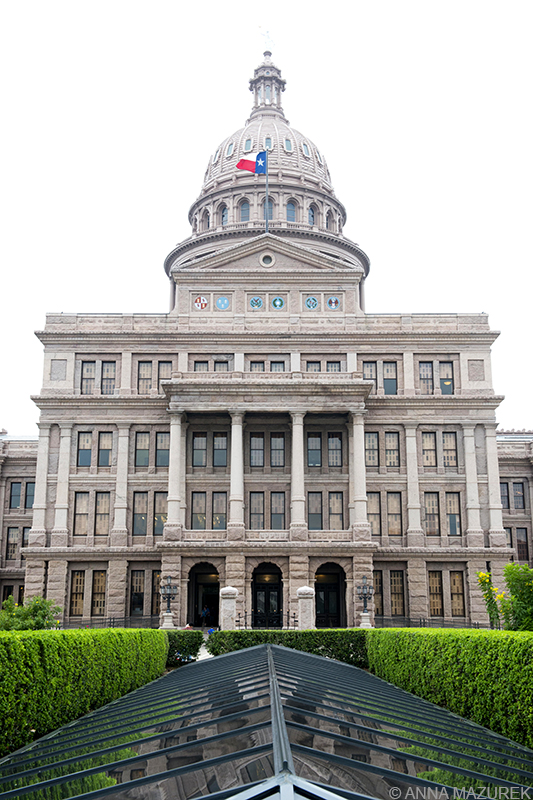 5. Tour the Capital: The best free activity in town is to tour the Texas State Capital. The grounds cover four city blocks and the building itself is taller than the U.S. Capital. The interior is stunning. For the best photos, head to the north end of the building to shoot capital with the glass covered ceilings of the underground extension in the foreground. The building is open daily for free guided and self-guided tours. Free special theme tours are available throughout the year including Women in Texas History and Heroes of the Texas History. For details, check out the tour website.

Anna Mazurek is a travel photographer and writer based in Austin, Texas. Follow her adventures and travel advice on Instagram and at TravelLikeAnna.com. For more about Austin, check out her Austin City Guide!