11 Best Things To Do in NYC in February

Winter is full of fun things to do especially around the holidays, so what do you do in February in NYC, the second coldest month of the year after January? Instead of hibernating all 28 days of this short month, why not celebrate one of the many fun holidays, go to one of these unique events or get discounted Broadway Show tickets? If you’re visiting NYC in February or looking for an excuse to get out of your apartment in February, look no further than this list and video overview of the best 11 things to do in February:

2. Chinese Lunar New Year Parade and Festival: There are a number of ways to celebrate the Chinese Lunar New Year from ordering Chinese food to setting off firecrackers! New York City has the largest Chinese population of any city outside of Asia, according to NYC.gov. February 5, 2019 kicks off the Chinese New Year on the lunar calendar. The noisy Firecracker Ceremony and Cultural Festival is a day full of performances in Manhattan’s Chinatown at Roosevelt Park. The fireworks are set off to ward evil spirits. Get there at least an hour early and wear layers. On February 17, 2019 Chinatown will celebrate the year of the pig with vibrant dragons, dancers and music during their annual parade. If you decide for a quieter celebration by enjoying Chinese food, call ahead because many Chinatown restaurants are closed on New Year’s Day. More here.

3. Black History Month: The Apollo is celebrating their 85th Anniversary and Black History Month with their annual Open House on February 2, artists and thought leaders will explore the venue’s cultural legacy through dance, music, storytelling and film.

Tour: Take a tour of a NYC park like Seneca Village in the UWS, which was an important community of property owners or Flushing Freedom Mile home to a passageway of the Underground Railroad.

Brooklyn Historical Museum: See an exhibit or talk at the Brooklyn Historical Society like the exhibit “Brooklyn Abolitionists / In Pursuit of Freedom” or listen to “Black-Owned Businesses: A History of Enterprise and Community in Brooklyn.”

Brooklyn Museum: See “Soul of a Nation: Art in the Age of Black Power” at the Brooklyn Museum which focuses on art from black artists in response to the time in history between 1963 and 1983.

History: In 1926, Dr. Carter G Woodson founded a week celebration of the often-neglected accomplishments of African Americans in history books. In 1976, the week was extended to the full month of February, including the birthdays of Abraham Lincoln and Frederick Douglass. Abraham Lincoln was the sixteenth president of the United States and issued the Emancipation Proclamation on January 1, 1863, declaring all slaves within the Confederacy would be permanently free. Frederick Douglass escaped slavery at age 21 to become an influential writer, civil activist and later the Minister of Haiti.

4. Super bowl: NYC is full of sports bars, parties and tailgating foodie fantasies perfect to celebrate game day. Whether you’re watching for the sports or for the commercials, get ready to eat and party on February 3, 2019. Four top spots to eat – I mean – watch the game are:

1. Treadwell Park’s three locations have special menu deals.
2. Empellón al Pastor for their hour and a half $45-per-person unlimited tacos, margaritas and beers.
3. Industry Kitchen downtown where you can order a two-foot Touchdown Pizza complete with pigs in a blanket crust and topped with guacamole and chips and buffalo fried chicken.
4. Nitehawk Cinema where you can see it on the big screen including commercials.

5. NYFW: With or without show tickets, here are a few ways to feel fabulous during this week of fashion! From February 8 to February 16, you can enjoy fun people watching outside Lincoln Center or Spring Studios. There are even some shows open to the public for as low as $10 here.

6. Valentine’s Day: Celebrate Galentines Day on February 13th with friends or on Valentines Day, February 14th, have a romantic night out at a restaurant. You can even watch couples surprise proposals or marriage vow renewals on the red steps at Duffy Square at the event that is known as “Love in Times Square.” 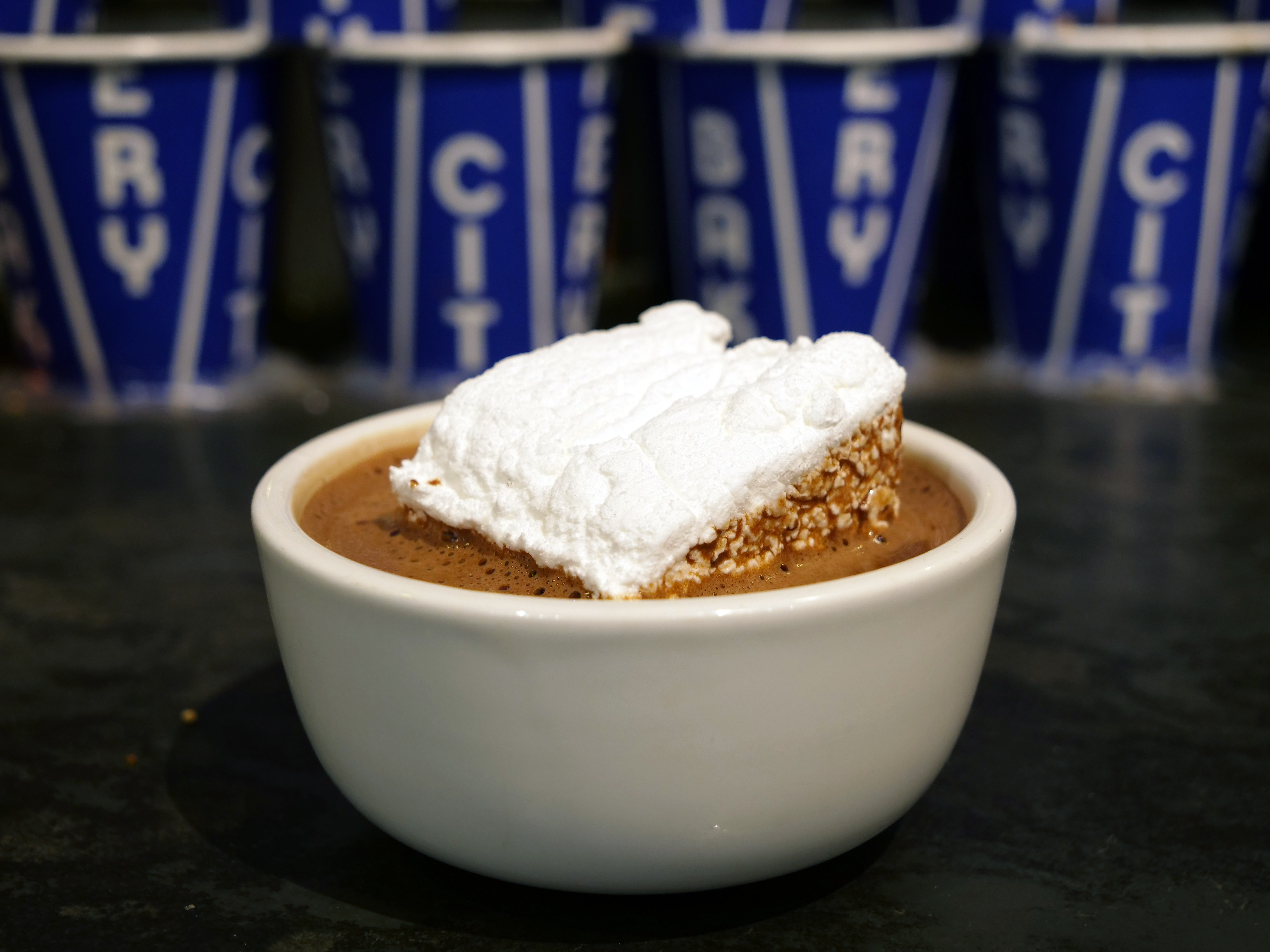 8. Restaurant week: This semiannual Restaurant Week is your ticket to dine in style at New York’s best restaurants for not just one, but three weeks. About 400 restaurants participate offering $26 two-course lunches or $42 three-course dinners. Make reservations early as the schedule opens about a month ahead of time

9. Broadway Discount Week 2 for 1 deals: While foodies can enjoy Restaurant Week, show lovers can buy two tickets for the price of one to many of the best Broadway shows during the semiannual Broadway Week. During this low season in January/February cheap Broadway tickets can be purchased about two weeks ahead of time, but book your tickets early to see your top choices.

11. Orchid Show: The 17th annual Orchid Show at the New York Botanical Gardens opens on Feb 23rd exhibiting thousands of different orchid species through April. 2019’s theme is inspired by Singapore, the “City in a Garden” and takes cues from Singapore’s Supertrees and Arches.

February might be one of the coolest months of the year, but it can still be a COOL and affordable time to see a show, grab a slice of pizza or see some historic exhibits. For more top things to do year-round read our NYC guide here. Comment below your favorite activity in February and if you want to see more guides like this! 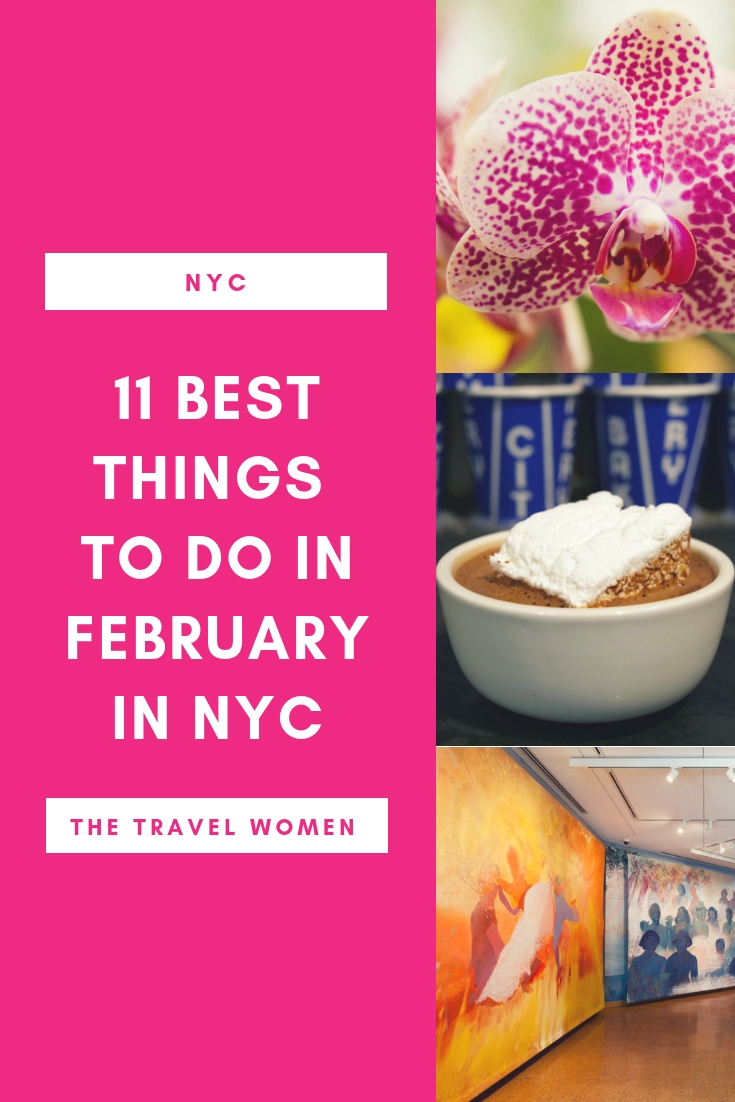