The Ultimate Guide to Chicago

The homeplace of Jazz, deep-dish pizza and the world’s first skyscraper, Chicago is second to no city! In fact, it was nicknamed the “second city” because a majority of thebuildings were reconstructed after the Great Chicago fire in 1871, establishng the rebuilt Chicago skyline as the architectural epicenter it is today. 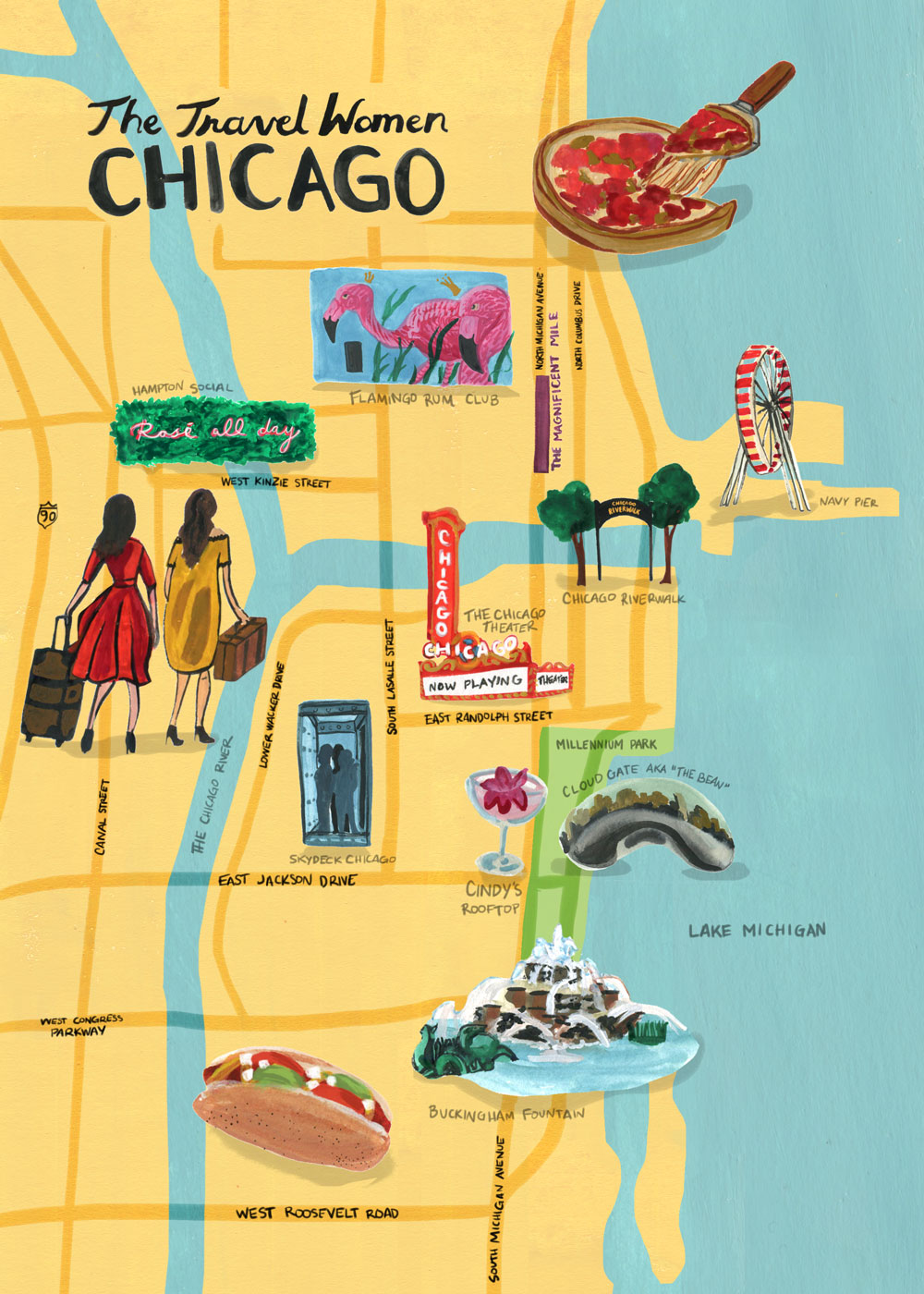 When a city’s top attractions are The Ledge on the 103rd floor, Frank Lloyd Wright’s home and architecture boat tours, you know this is a city built for architecture lovers! The third-largest city in the U.S., Chicago is one of the cleanest, greenest, and friendliest big cities. From comedy to world-class museums, Chi-Town has something for everyone, including a gorgeous train station where some of the most beautiful long-haul train routes begin their journey!

Watch the Guide to Chicago Vlog to see behind the scenes of our trip to Chicago:

Trains: Chicago Union Station, started in 1913, is one of the most beautiful train stations in the country with its large barrel-vaulted Great Hall. It is one of the biggest train hubs in the country uniting the four railroads at the time: the Pennsylvania Railroad; Chicago, Burlington and Quincy Railroad; Michigan Central Railroad; and the Chicago, Milwaukee and St. Paul Railway. Union Station is the only example in the United States of a “double-stub” station, where the train tracks travel in two different directions from the station. Amtrak’s Metropolitan Lounge is a comfortable space for Amtrak’s business class, sleeping car customers or reward members, which makes time fly when you’re waiting for a train. Union Station has even been featured in movies such as The Untouchables and My Best Friend’s Wedding. Read more about why Chicago’s Union Station is one of the Most Beautiful Stations in America.

Thank you Amtrak for sponsoring this blog post, as always all opinions are my own.

Flights: Fly into Chicago’s O’Hare airport, one of the busiest airports in the U.S. which is also full of colorful art. Wander beneath the longest neon sculpture in the world down the walkway between concourses B and C.

Local Transportation: Take the CTA line around the loop to get further outside Chicago, or ride the light blue Divvy bikes where you need to go.

When to visit: Visit Chicago between April and May or September and October for warm weather and fewer crowds. Summer is the most popular time, but prices are better just before or after summer months. 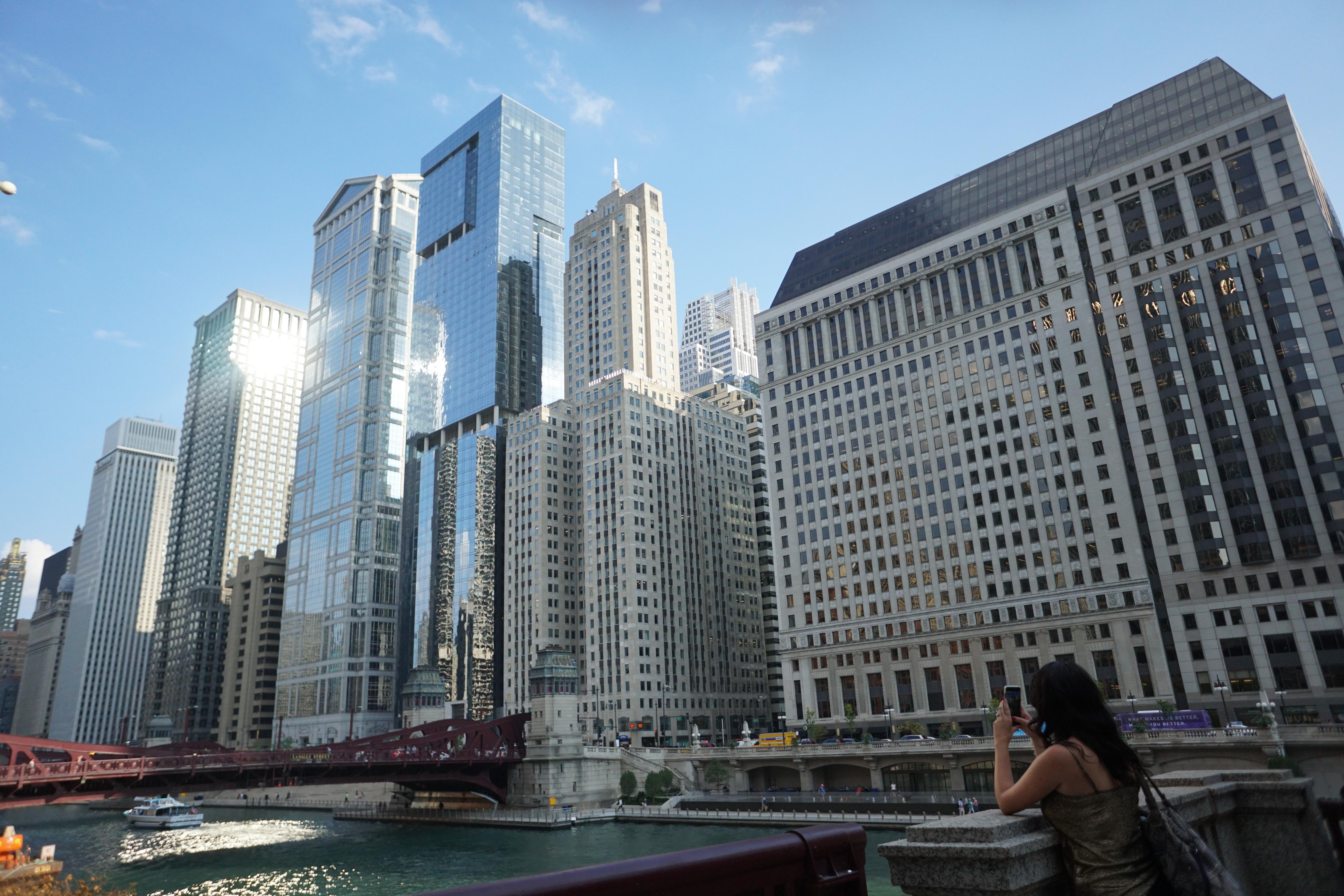 What to do in Chicago:

For more places to go, read our unusual and Instagrammable things to do in Chicago from Parsons Chicken & Fish to the Barrel Run.

Best Graffiti in Chicago: If Instagrammable walls are your thing, here are a few of our favorite must-see murals and their locations: 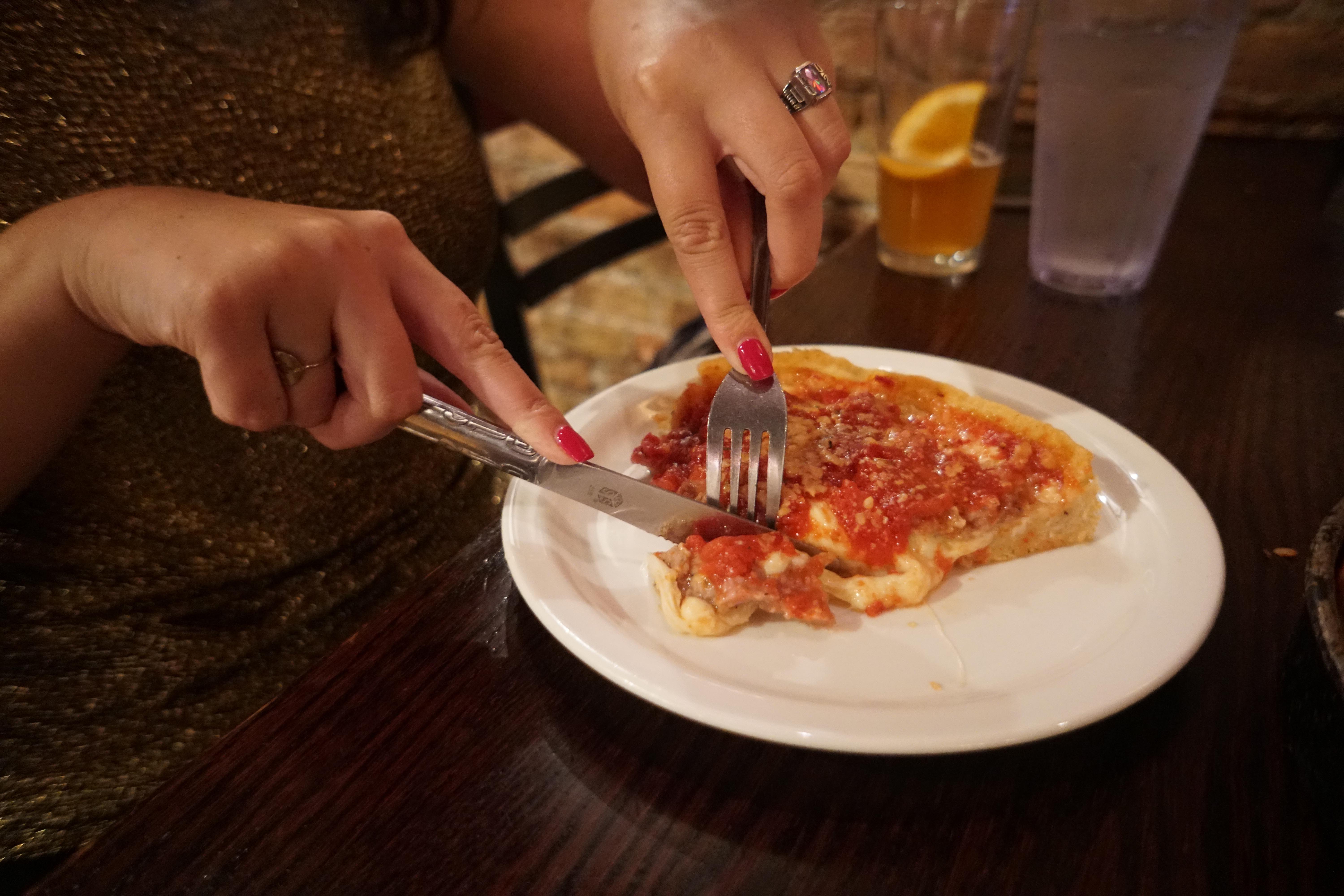 Best Pizza: One cannot visit Chicago without trying their signature deep-dish pizza. Baked in a bowl, the sausage and sauce go on top of the mozzarella cheese, and locals insist it should be eaten with a knife and fork. Though deep-dish steals the spotlight, there are other pizza varieties worth trying, like stuffed pizza, pan pizza and even South Side Thin Crust pizza.

What to Eat/Drink (other than deep-dish pizza):

1. The Peninsula Chicago: This 5-star hotel on the corner of the Magnificent Mile is the perfect location for a luxury getaway in Chicago, located steps away from shops like Tiffany & Co. and Cartier.

2. Chicago Athletic Association: This historic 1890s athletic club has been restored to offer some of the best luxury rooms. This adult playground includes grand marble staircases and the must-visit Cindy’s rooftop restaurant and bar with some of the best views over Millennium Park and Cloud Atlas.

3. Soho House: Enjoy all the luxuries from Egyptian cotton sheets to walk-in rainforest showers at the well-known Soho House. Highlights include the décor of the open-to-the-public lobby and The Allis restaurant, read more here. Non-members can request to stay at Soho House here. 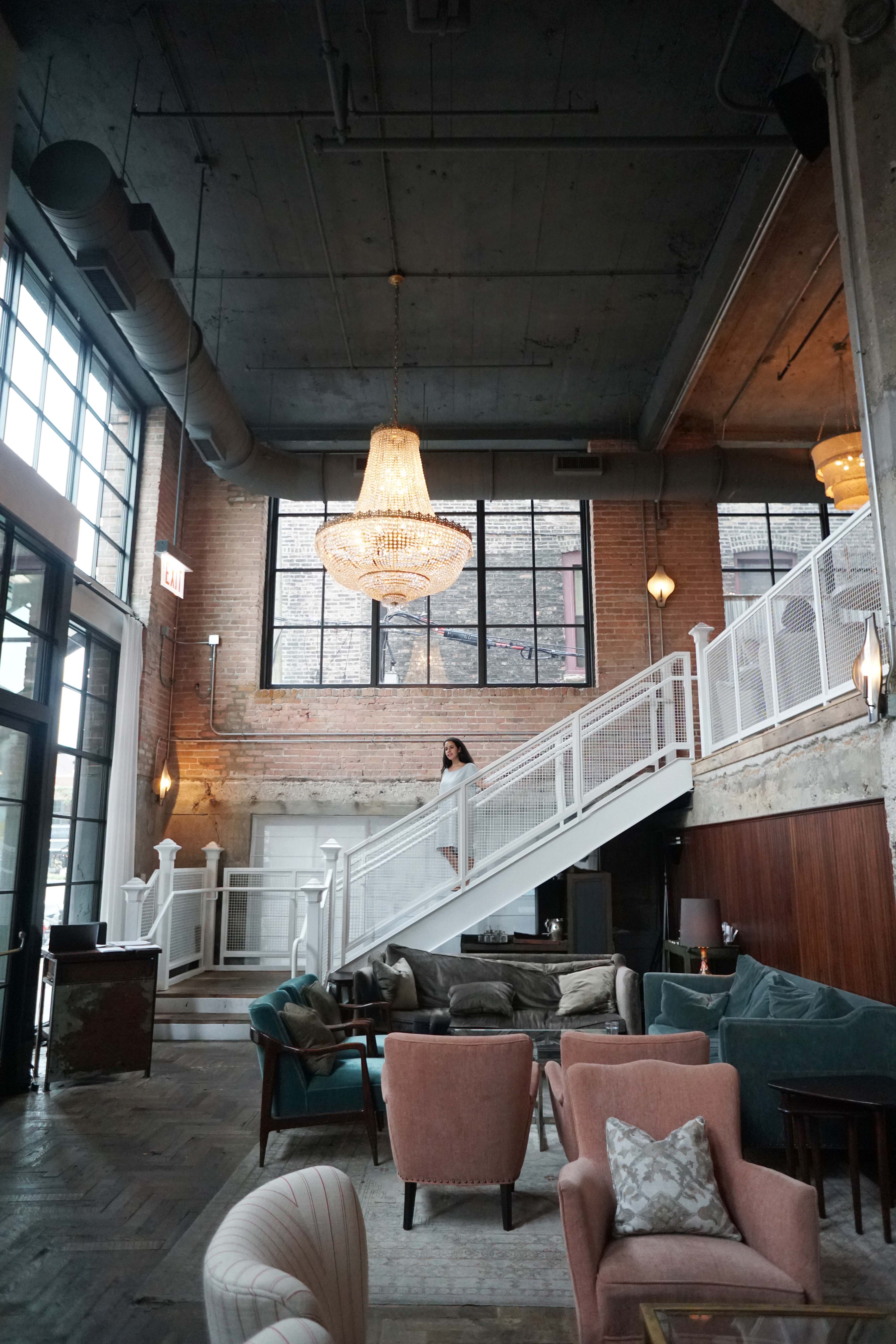 Have you ever been to Chicago? What are some of your favorite things about Chicago? Comment below! 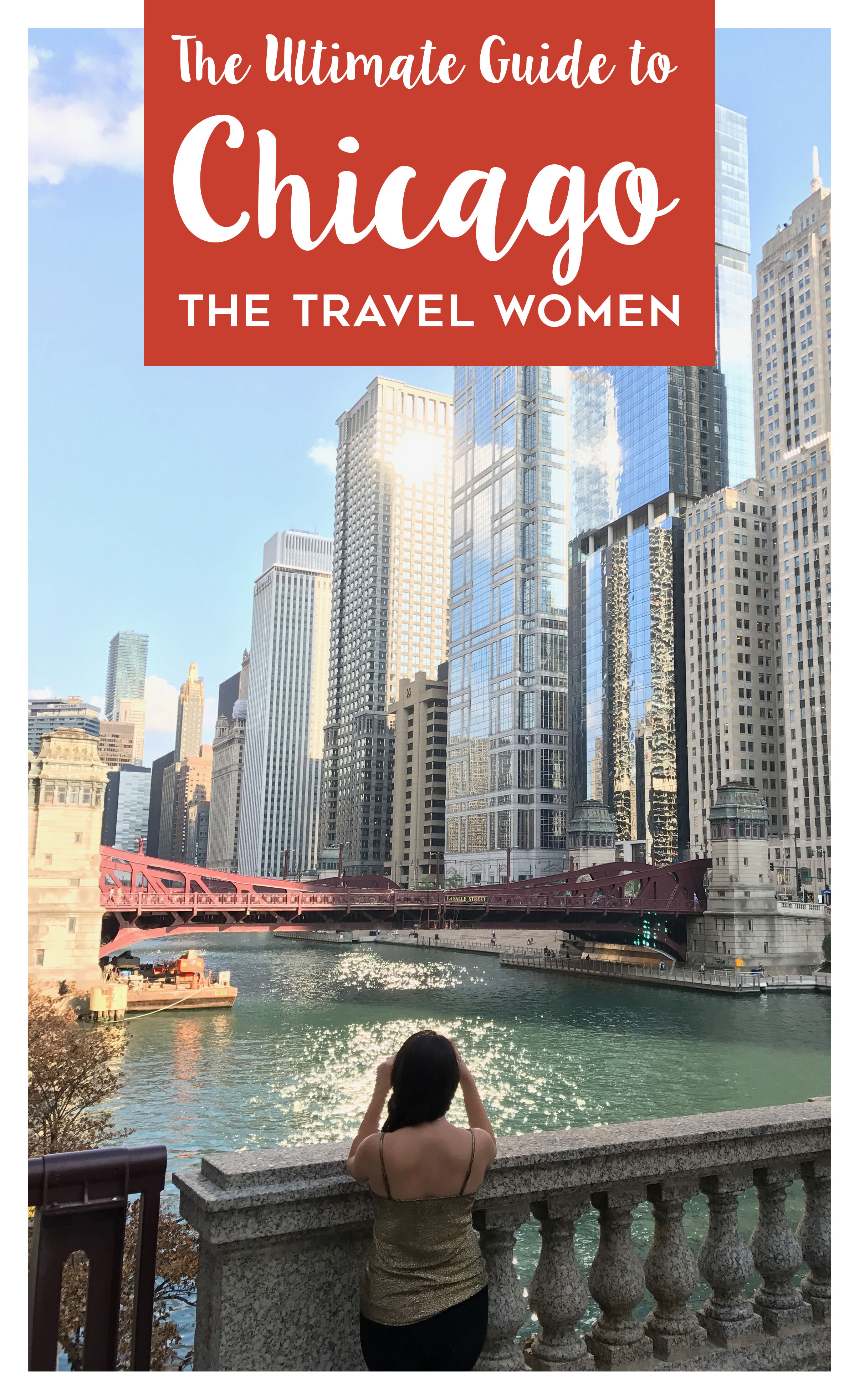 41 thoughts on “The Ultimate Guide to Chicago”