The Travel Women Guide to Tokyo

Japan’s capital city of Tokyo boasts everything from traditional luxury to one-of-a-kind experiences and has more Michelin-starred restaurants than both Paris and New York combined! It is a city really like no other, and is definitely worth a visit.

Flying into the main airport, Narita Airport, you may be surprised to learn that the airport is actually quite far away from Tokyo. So take a bus, train, or expensive taxi into the main city.

In Tokyo itself the metro system is very timely and efficient. It’s even been said that the Japanese can fine tune their watches by the arrival of the train. Look up which subway station is closest to your destination before you set foot underground, because if you don’t, you will have a hard time finding anyone who speaks English to help you.

Emperor Meiji is one of the most respected former emperors of Japan, because he helped modernize Japan and allow Japan to become the country it is today. Nestled in one of Tokyo’s many parks is a shrine dedicated entirely to him. 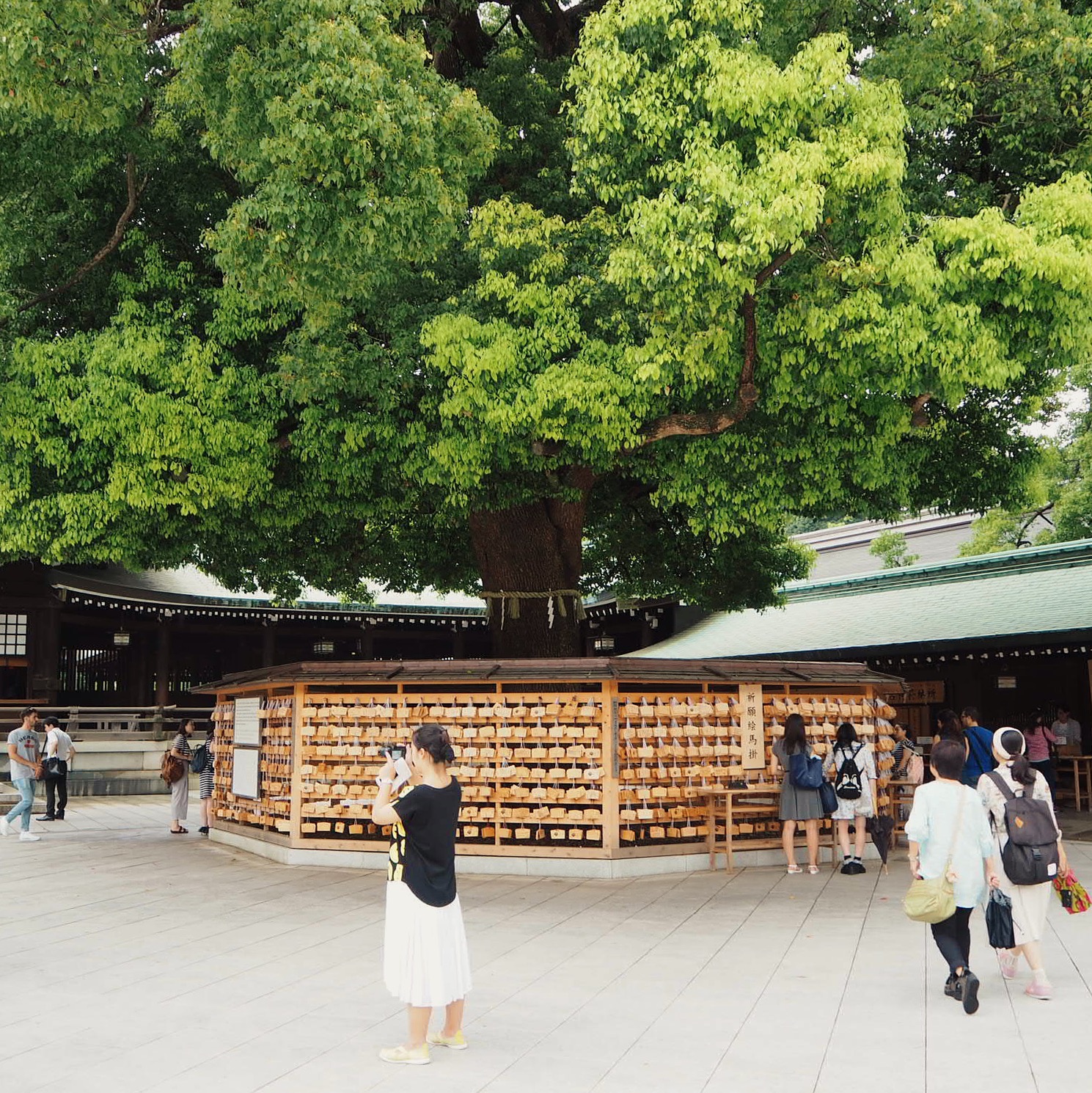 2. Take pictures at a Purikura, a Japanese photo booth

Japanese photo booths provide snapchat filters in real life! Often, they will automatically airbrush your face, add a pink tint to your cheeks, and add fun stickers to your pictures before printing them out.

Shibuya crossing is famous because all the streetlights go red at once and all the walk signals light up together; what follows is a mass of people streaming across the street in a larger magnitude than anywhere else except perhaps Times Square. 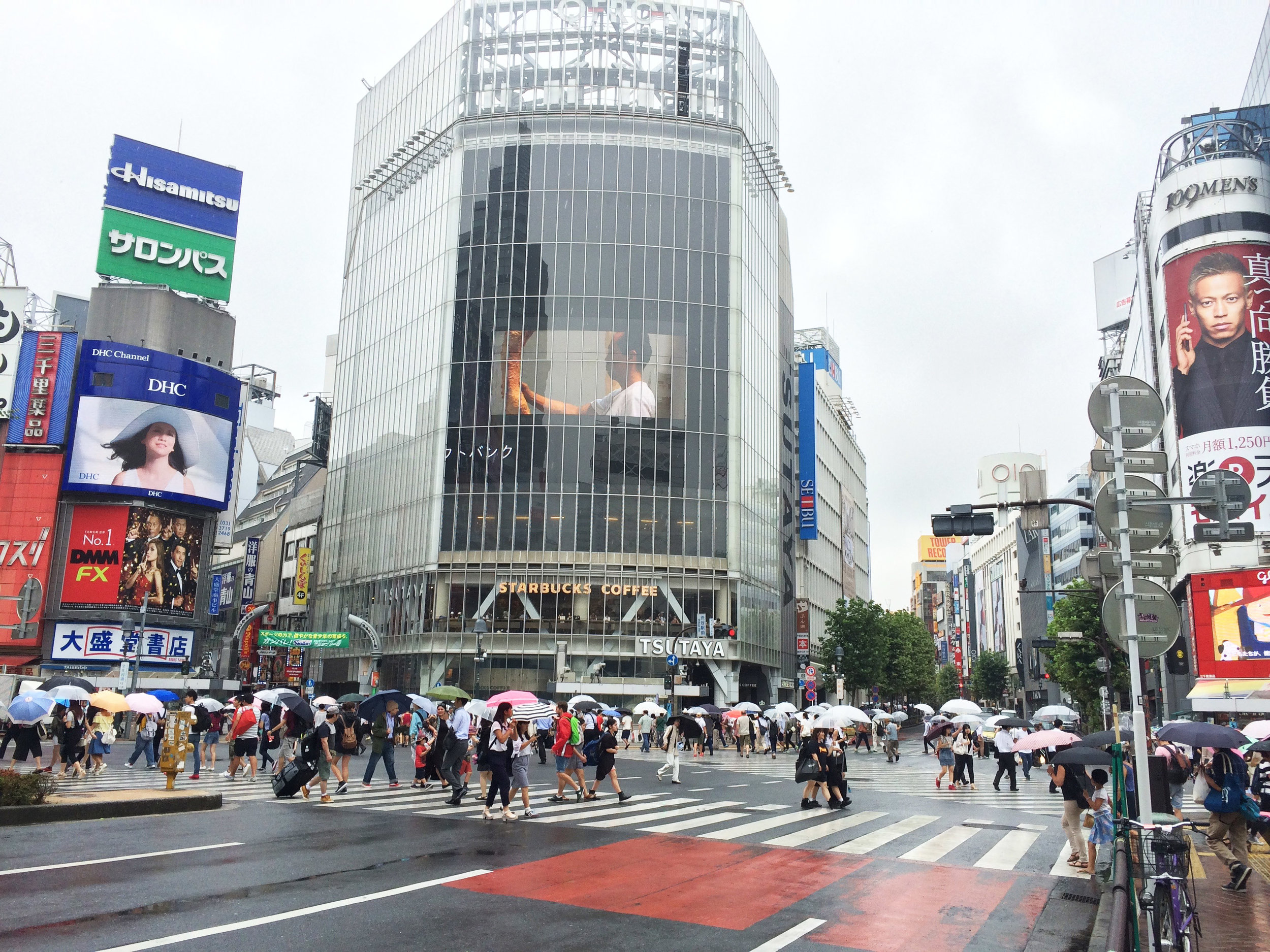 4. Eat at a themed restaurant

There are so many wacky restaurants to explore in Tokyo. Maid cafes, Robot Restaurant, Cat Cafes, an entire restaurant dedicated to snoopy… the list is endless. Have some fun and try out at least a few while you’re there!

5. Admire the view above the city in Skytree Tower

The tallest tower in the world, Skytree tower was originally built to be a radio tower, although now it’s a popular tourist destination. It is worth getting a ticket for some of the best views of Tokyo. 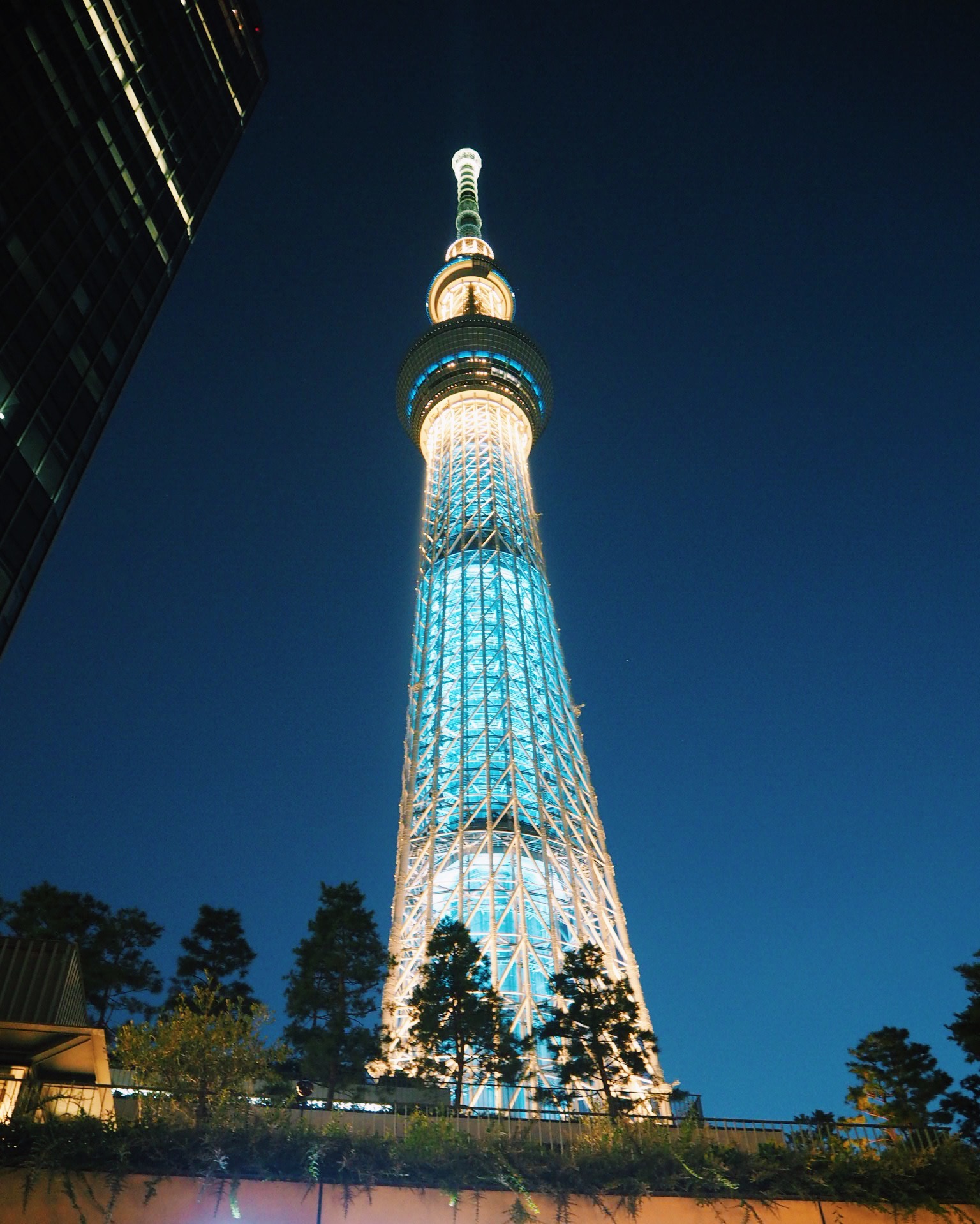 No where on earth are cartoons more prevalent than in Tokyo, but Akihabara is nerd-central. Strolling down the streets I saw entire stores dedicated to anime and anime related merchandise. If you’re a big fan of Pokemon, Totoro, or any other anime or manga, you need to go explore Akihabara.

Shinjuku is famous for its nightlife. As soon as you enter the district’s borders, you’ll see neon signs all around. Apparently this portion of the city never sleeps, and I could believe it. Even at 11 at night, the surroundings were so bright from all the signs and the street lights that it was almost like it was still day. Go shopping, stop in a bar or an arcade, or eat some real Japanese cuisine, but make sure to come at night! 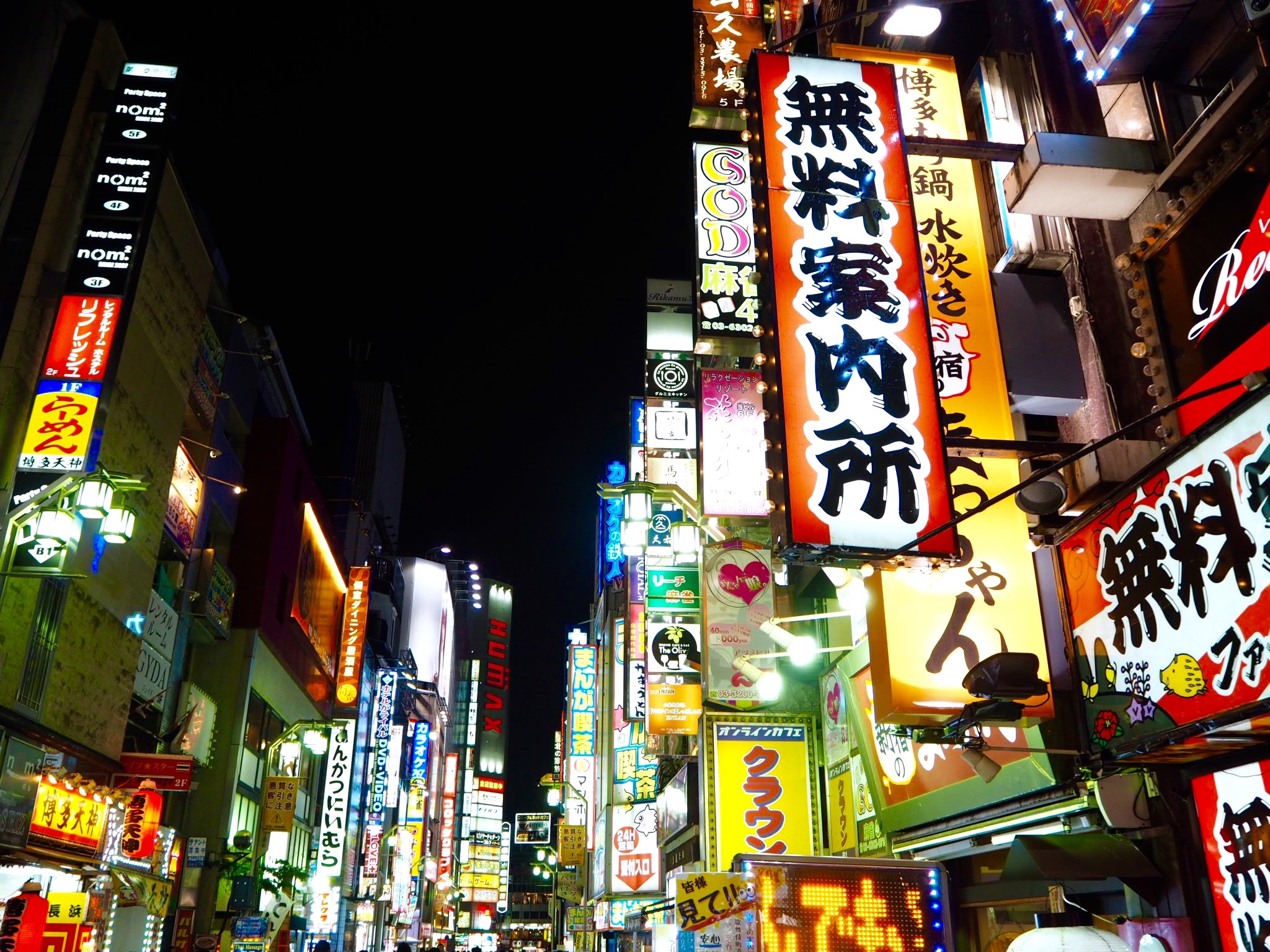 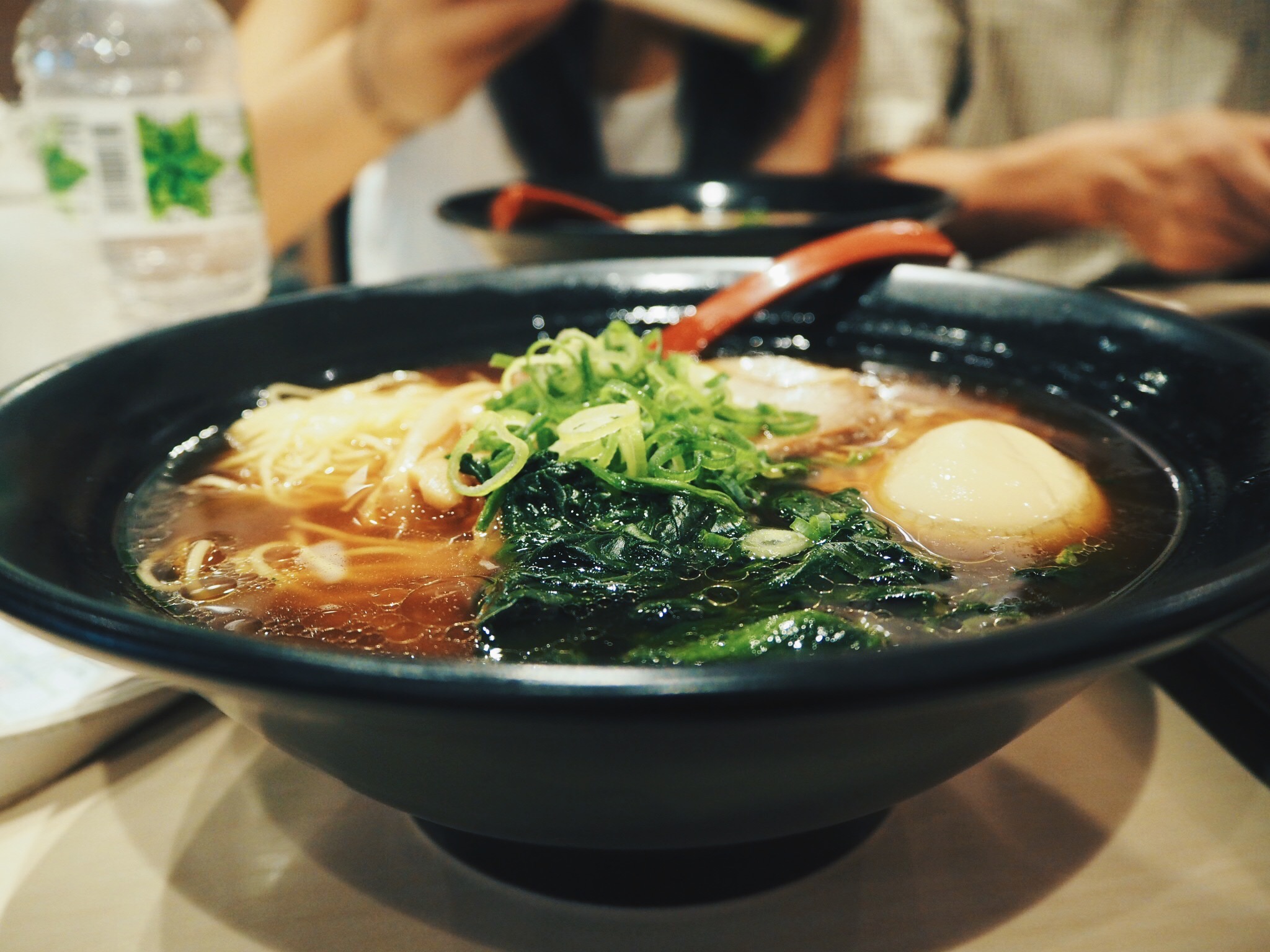 Obviously, when you’re in Japan you ought to indulge in some Japanese sushi! Oddly enough, sushi in Japan is a delicacy, and is therefore more expensive than back in the states. 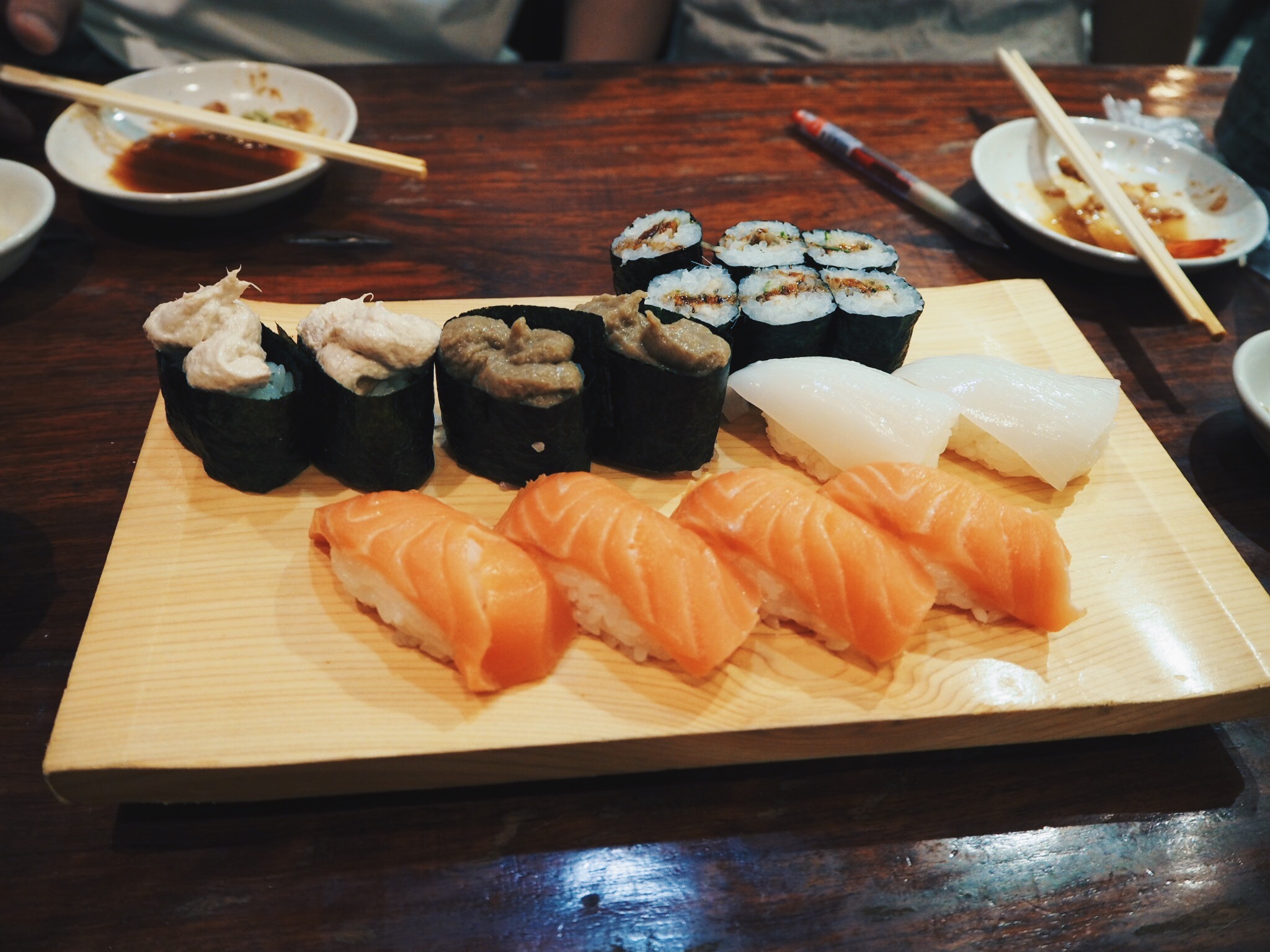 This is absolutely a must try when you are in Japan. It is such a unique and delicious flavor. 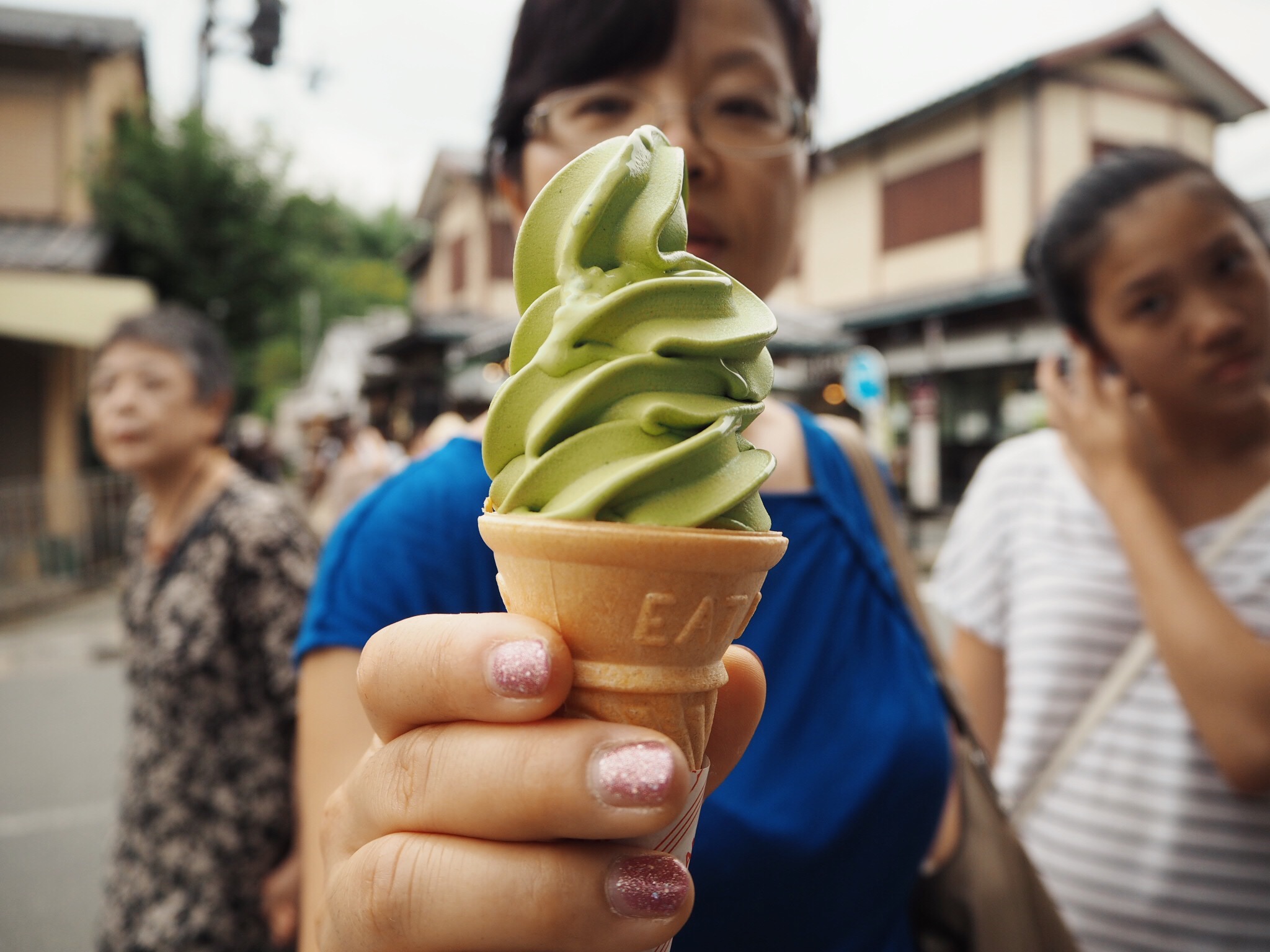 1. LUXURY: The Tokyo Station Hotel: Experience the vintage luxury of the early 20th century station hotel which is conveniently close to transportation. $$$

2. LUXURY: Claska: These minimalist interiors mix east and west and the hotel also has a gallery of monthly exhibits. $$$

3. TRENDY: The Park Hotel, Artist Floor: The Park Hotel offers an artist floor in which every single room has different artwork painted right onto the wall by a number of different artists. Each wall is a unique backdrop for the perfect Instagram photo. $$

4. BUDGET: Capsule Hotels: Originally built for businessmen away from home, capsule hotels have recently become very trendy. Each guest gets a small “capsule” to stay in, essentially a really small room consisting of mostly just a bed, and everyone uses communal bathrooms. Although it is perfect for a budget friendly last-minute option, this is not for anyone who might be claustrophobic. $

5. BUDGET: Book and Bed Tokyo: This cute little hostel is great for travellers on a budget. It’s also great for bookworms of all sorts, because it offers beds nestled among bookshelves! $

Have you been to Tokyo? What did you do? Leave your thoughts in the comments below!

2 thoughts on “The Travel Women Guide to Tokyo”