The charming capital of Massachusetts is New England’s epicenter for culture and cuisine.  Walk through Boston’s picturesque cobblestone streets, past its historic monuments and modern shopping districts to discover what makes Boston so “wicked” wonderful. 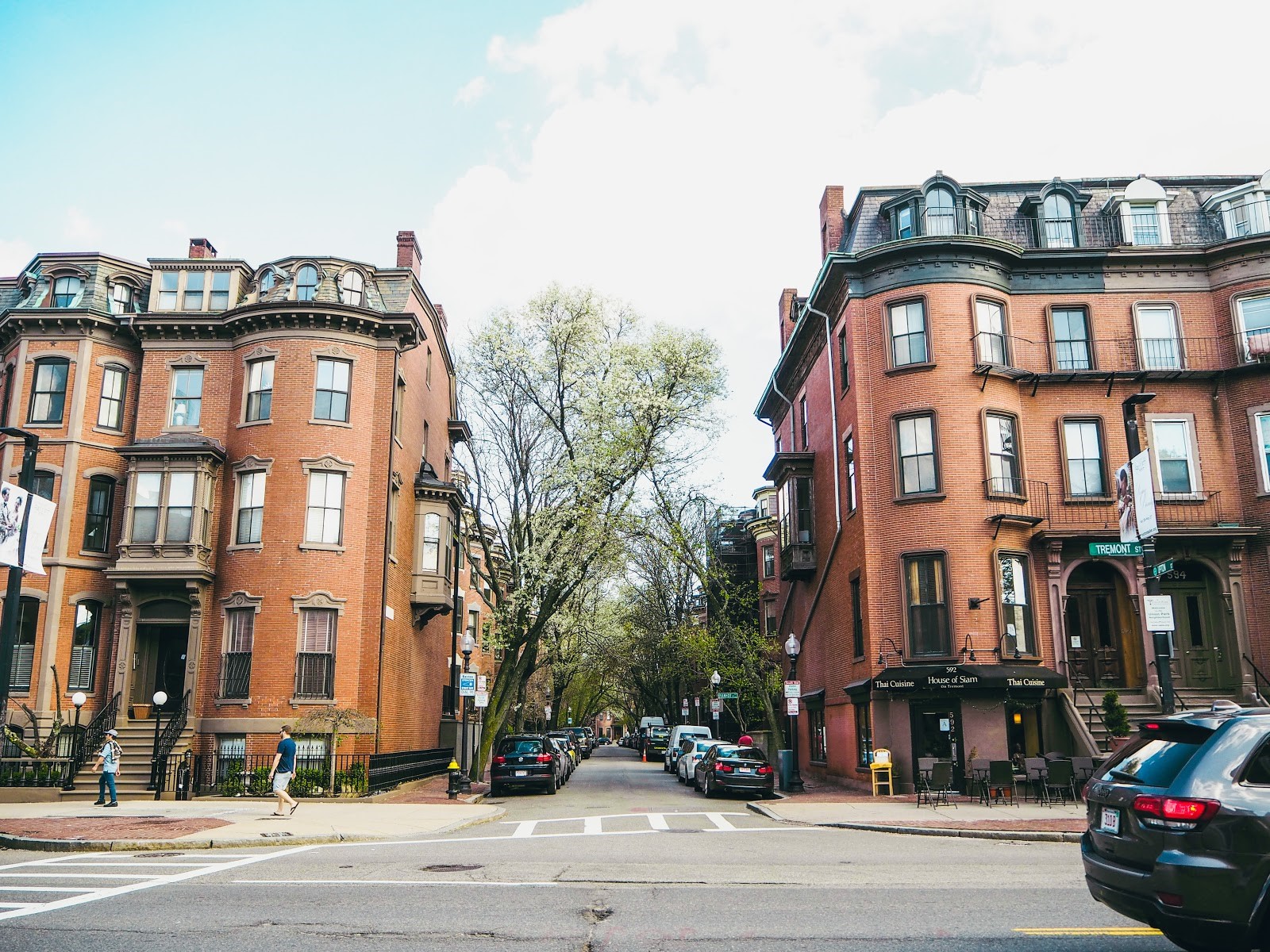 How To Get Around:

Boston is a walkable city, but to get around hop on the public train, the “T” (which is short for the MBTA). To take the train, you’ll need a Charlie Card which you can buy from any T station and fill up as needed. 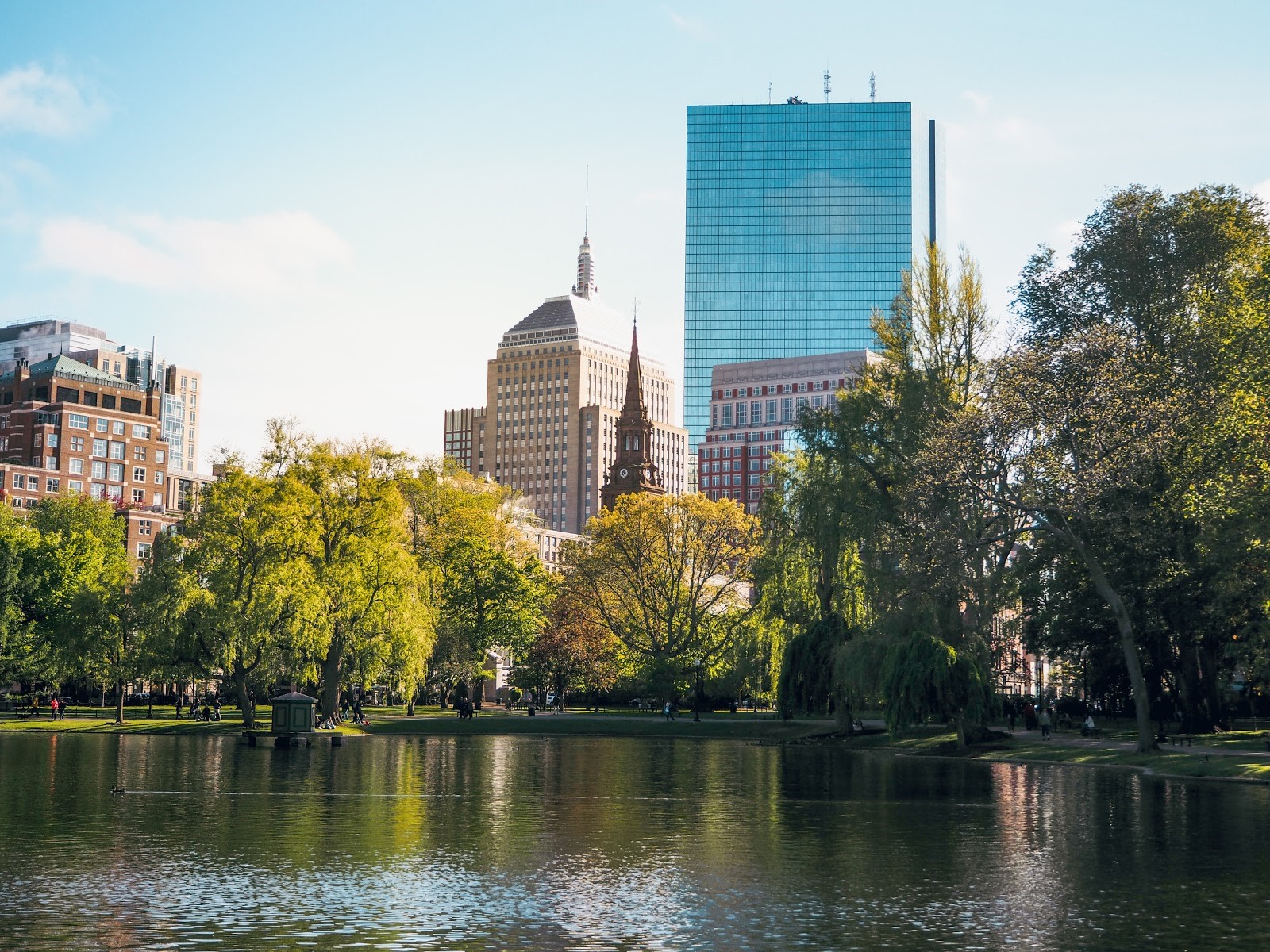 1. Take a stroll through Boston’s Public Garden and Boston Common: This serene greenspace is perfect for relaxing or paddling around the pond on the famous swan boats. 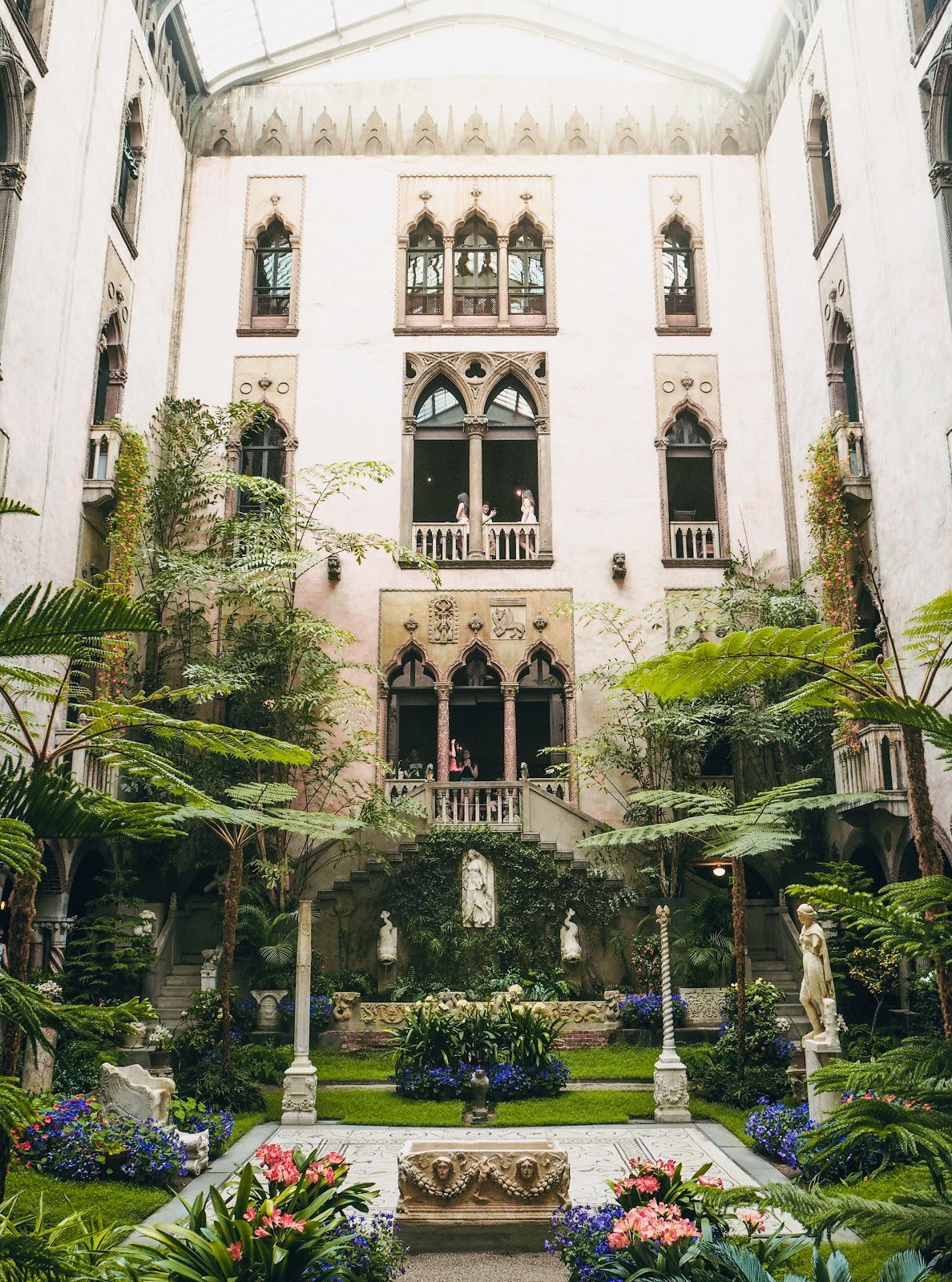 2. Visit the museums: The Isabella Stewart Gardner Museum was built in the style of a 15th century Venetian palazzo, with the most charming courtyard. Thirteen frames still remain empty after one of the most famous art heists and unsolved mysteries occurred in the Museum. For Egyptian art lovers, the Museum of Fine Arts has one of the best Egyptian art collections outside of Cairo. The Children’s Museum and the Museum of Science are also fun excursions for children of all ages.

3. Watch Boston Tea Party Reenactments: The Boston Tea Party made American history when the colonists, angry at the British over the tea tax they had imposed, snuck onto a British tea ship and threw the tea overboard. This act marked the beginning of the American Revolution which led to America’s independence from Britain. 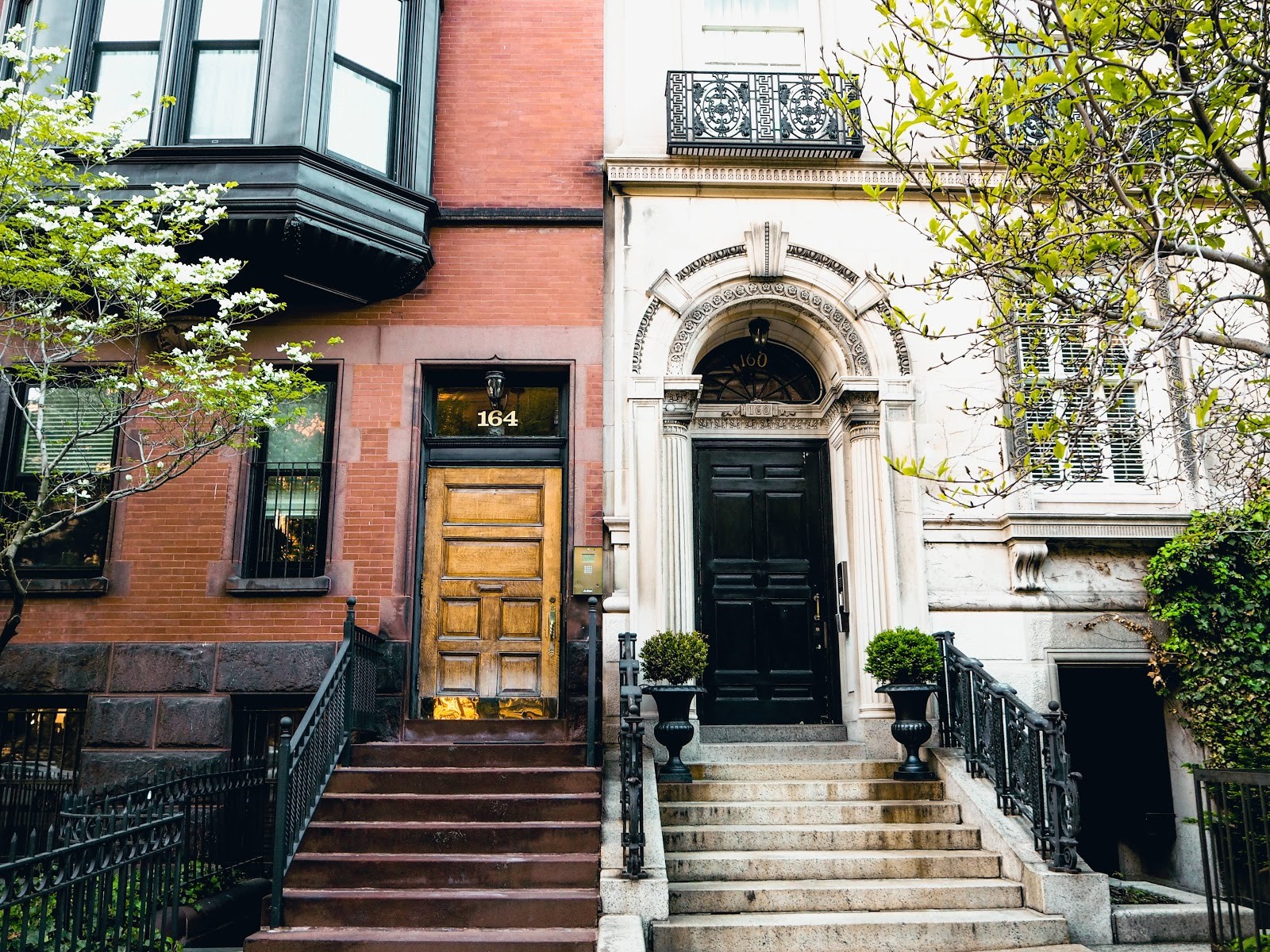 4. Admire the architecture of Back Bay: Take a leisurely stroll through the neighborhood full of Victorian brownstone homes.

5. Chinatown: Visit one of the only surviving historic ethnic Chinatowns in New England. 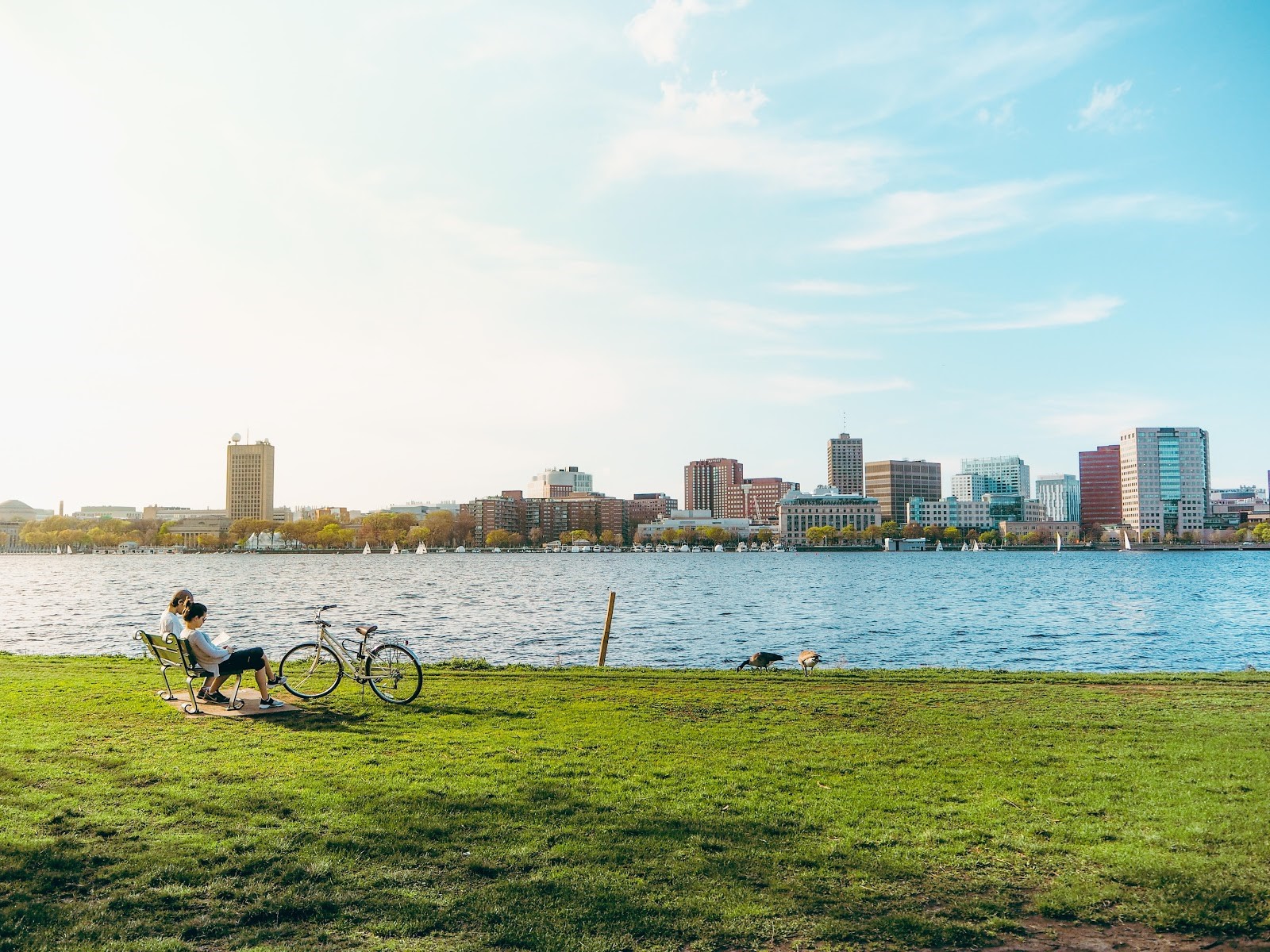 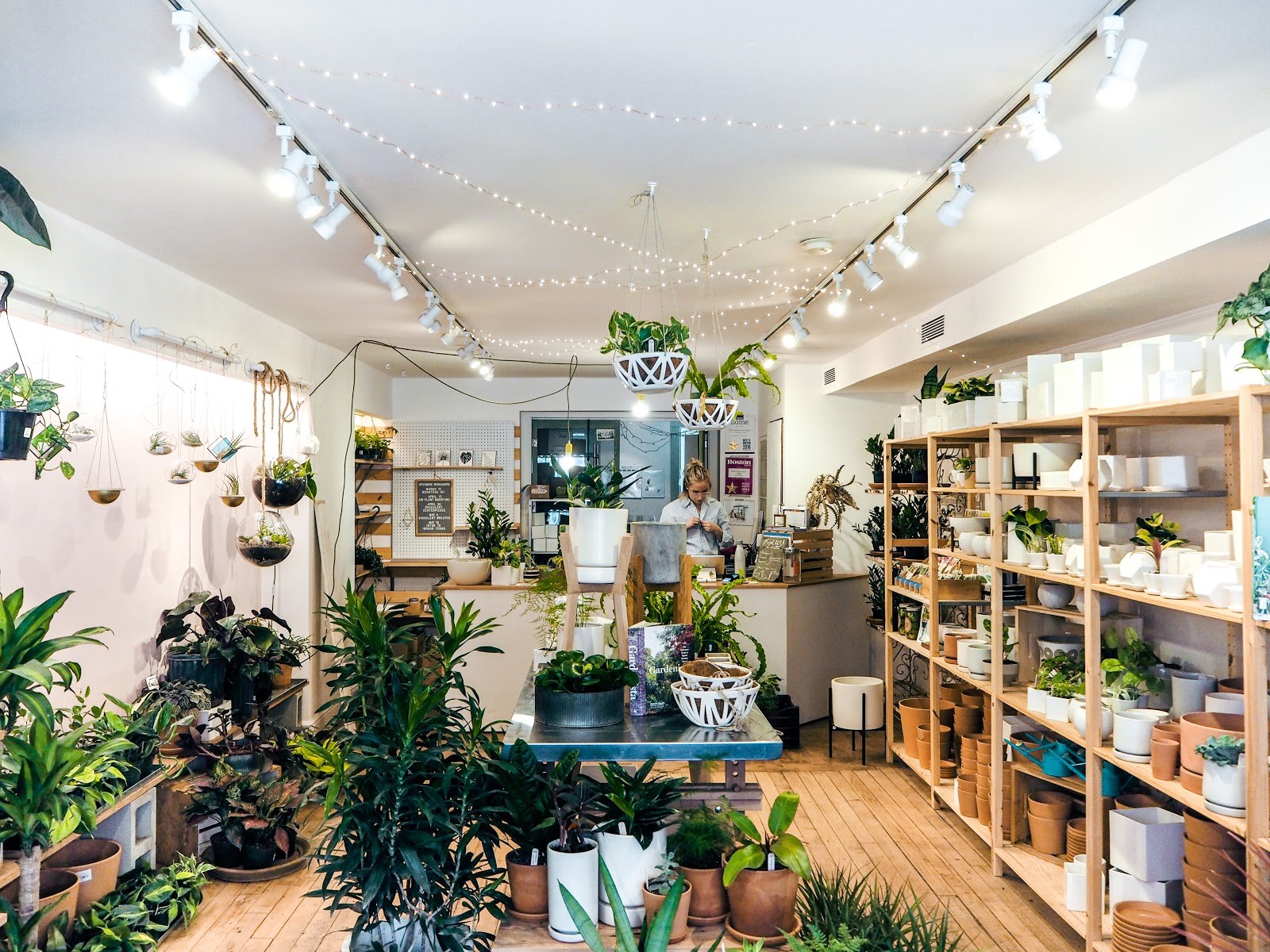 8. Go shopping: There are plenty of awesome places to go shopping in Boston. For more information, CHECK OUT THE FULL GUIDE TO SHOPPING IN BOSTON HERE.

9. Follow the Freedom Trail: At the start of the American Revolution, the British marched to Lexington and Concord to confiscate the colonists’ weapons. Paul Revere rode down what is now known as the Freedom Trail to warn the colonists to hide their weapons. Thanks to his famous ride the colonists were able to hide their weapons in time and win the war against the British. Today, the 2.5 mile red brick trail passes many historical monuments marked along the way. Follow a tour or take your own self-guided tour by walking along the trail. 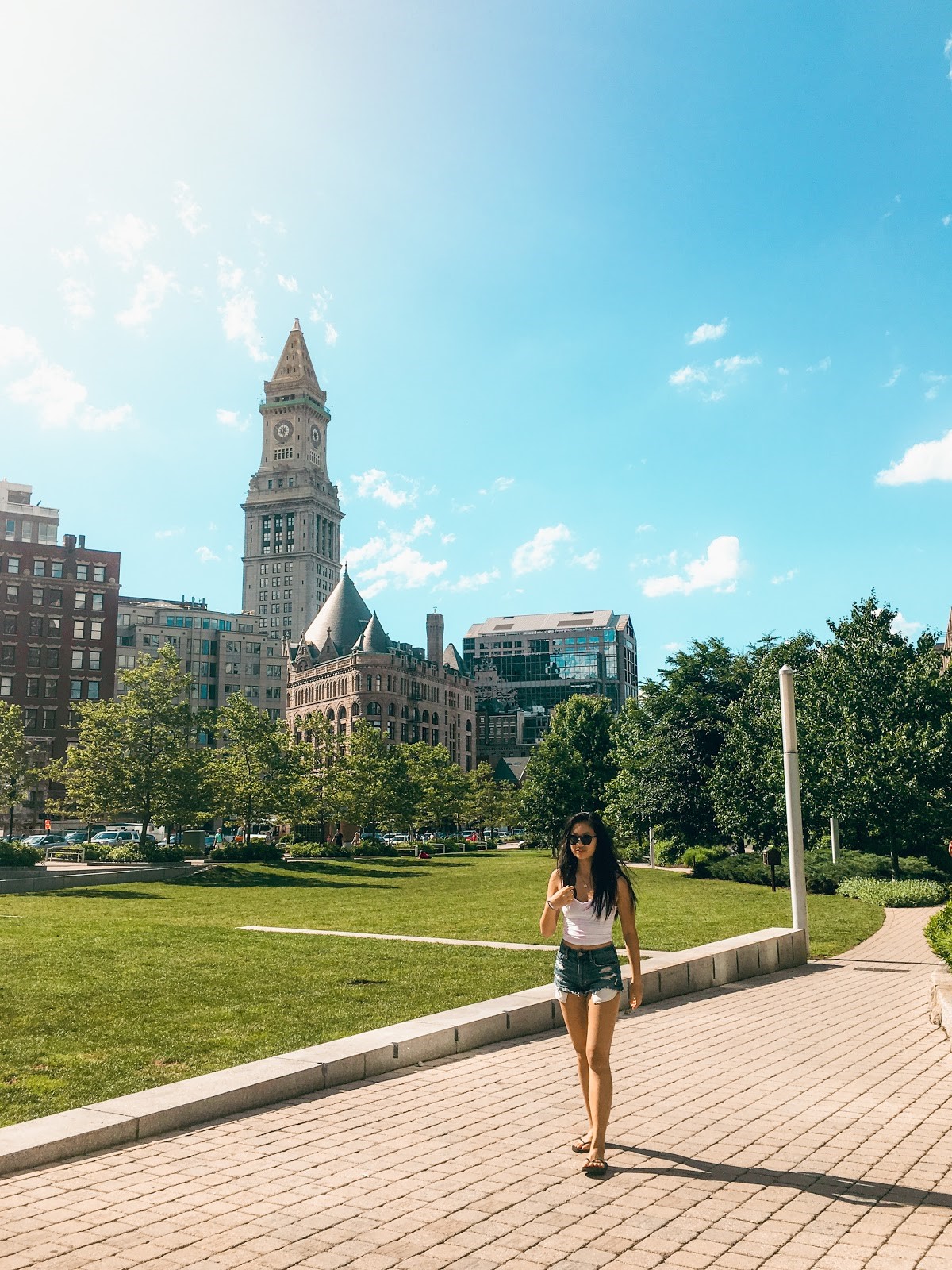 10. Dine along the Harbor: Boston Harbor has plenty of restaurants by the water and the night life is hopping there.

11. Eat your way through the North End: The North End, also known as Little Italy, is known for amazing Italian food!

For even more reasons to visit, read our 20 UNIQUE REASONS TO VISIT BOSTON NOW 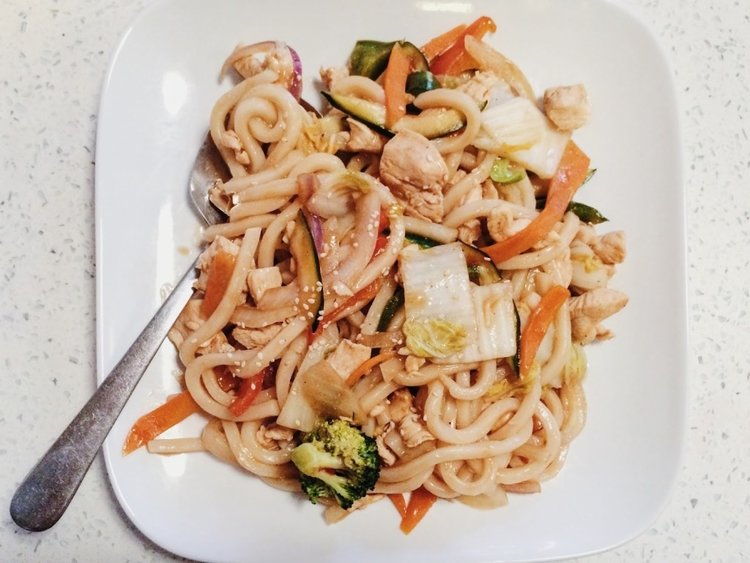 1. Crave Mad for Chicken: This is a Korean restaurant which serves amazing fried chicken. 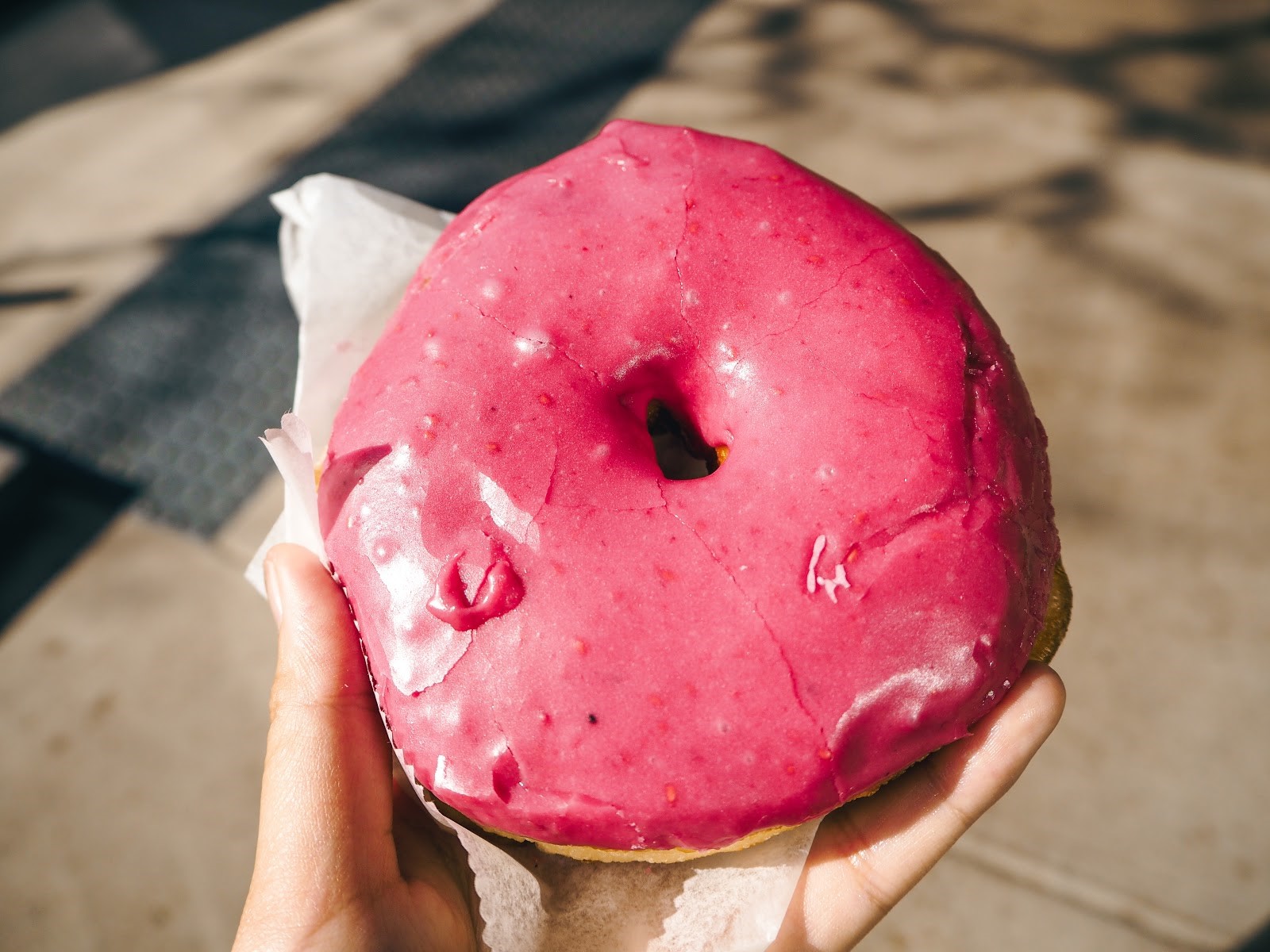 3. Blackbird Doughnuts: For gourmet sweet and savory doughnuts made from scratch, visit Blackbird.

4. Dick’s Last Resort: Looking for a… unique dining experience? Welcome to Dick’s Last Resort, where you wear paper bags on your head like a hat on which the staff has made fun of you by writing something that would probably make your grandma cringe. Or not. The jokes vary from wildly inappropriate to hilarious. Either way, it’s bound to be an entertaining night. 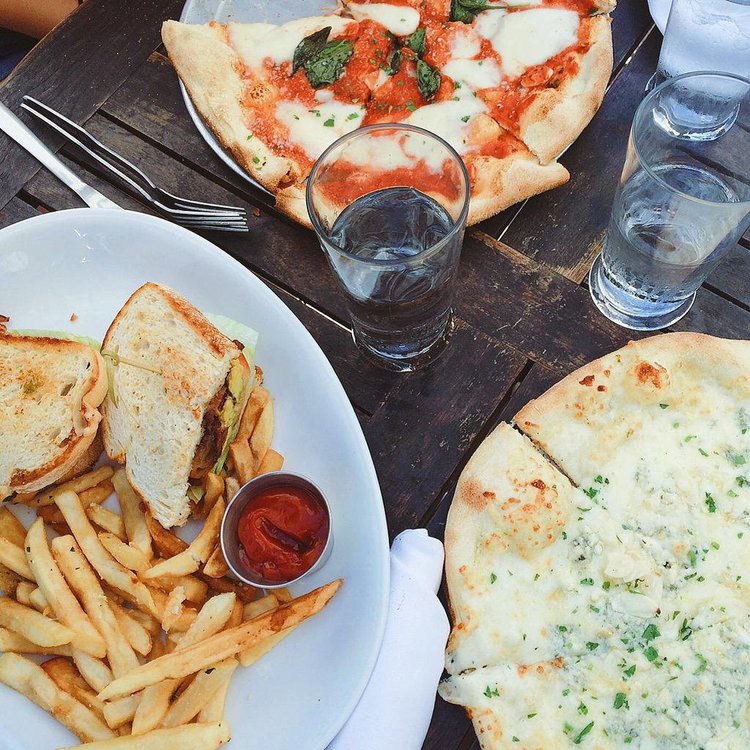 5. Cafeteria Boston: Located on bustling Newbury Street, Cafeteria Boston has great food with an even nicer atmosphere. A lunch in the summer outside on the quaint historical street is one you wouldn’t want to pass up. Even better if it’s your first trip to America, as Cafeteria Boston serves the best classic American comfort food.

6. Hei La Moon: This is the local favorite dim sum place. Located in Chinatown, this restaurant is open from morning until night and often hosts special events like Chinese weddings! 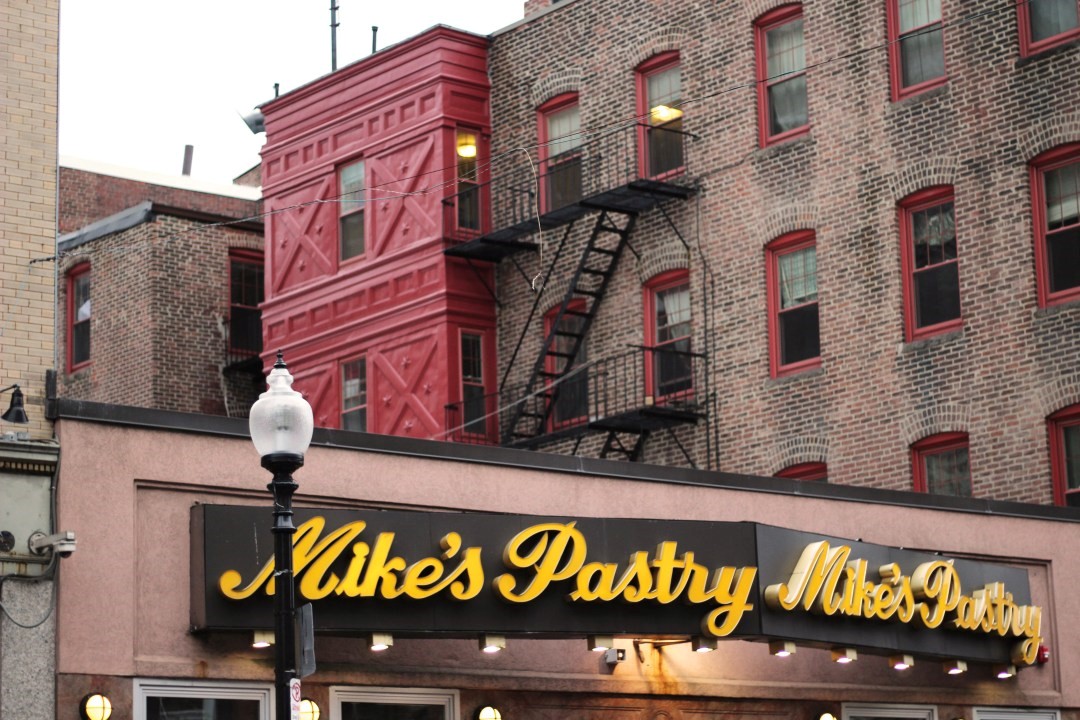 8. Max Brenner’s: While the entrees here are delicious, the desserts steal the show. Max Brenner’s doesn’t call itself a chocolate factory for nothing. There are S’mores pizzas, chocolate fondues, chocolate nutella crepes, basically as much chocolate as you could ever want. 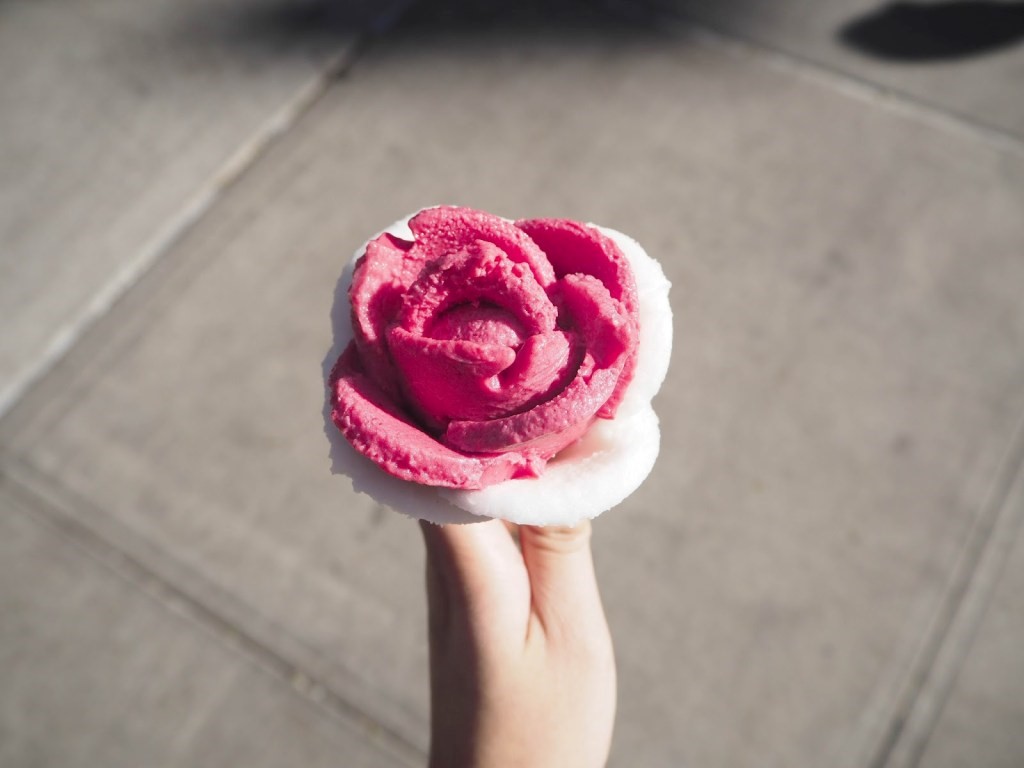 9. Amorino Gelato: The only thing better than gelato is rose shaped gelato which comes in an array of flavors.

10. Insomnia Cookies: Insomnia cookies are warm, rich, and delicious and can be delivered right to your door. They also sell incredible brownies and ice cream, and will make an ice cream sandwich with two cookies at your request. 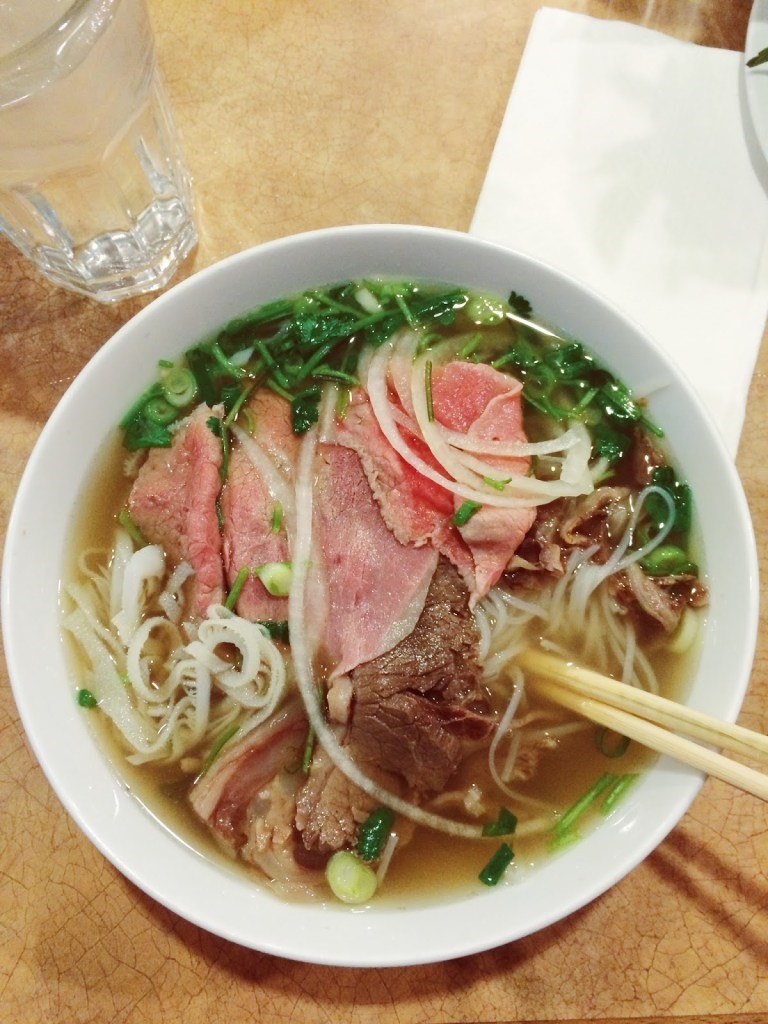 11. Pho Pasteur: Head on over to Chinatown for some fantastic authentic pho, courtesy of Pho Pasteur. Despite pho being a vietnamese dish, Chinatown is your home base for all things East Asian. Pho is a soup of noodles in broth with meat, herbs, and lime. Pho at Pho Pasteur is authentically Southeast Asian, and absolutely delicious. 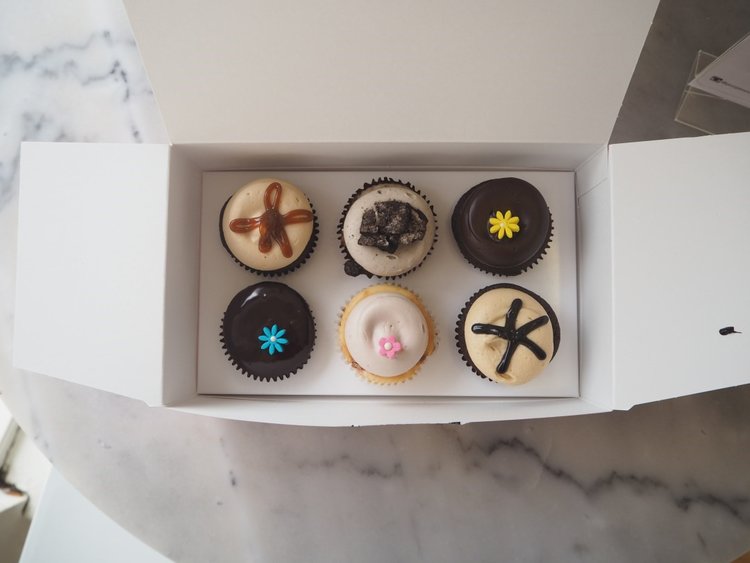 12. Georgetown Cupcakes: Georgetown cupcakes are a touch pricey, but the delicious flavor and stunning aesthetics make the price well worth it. 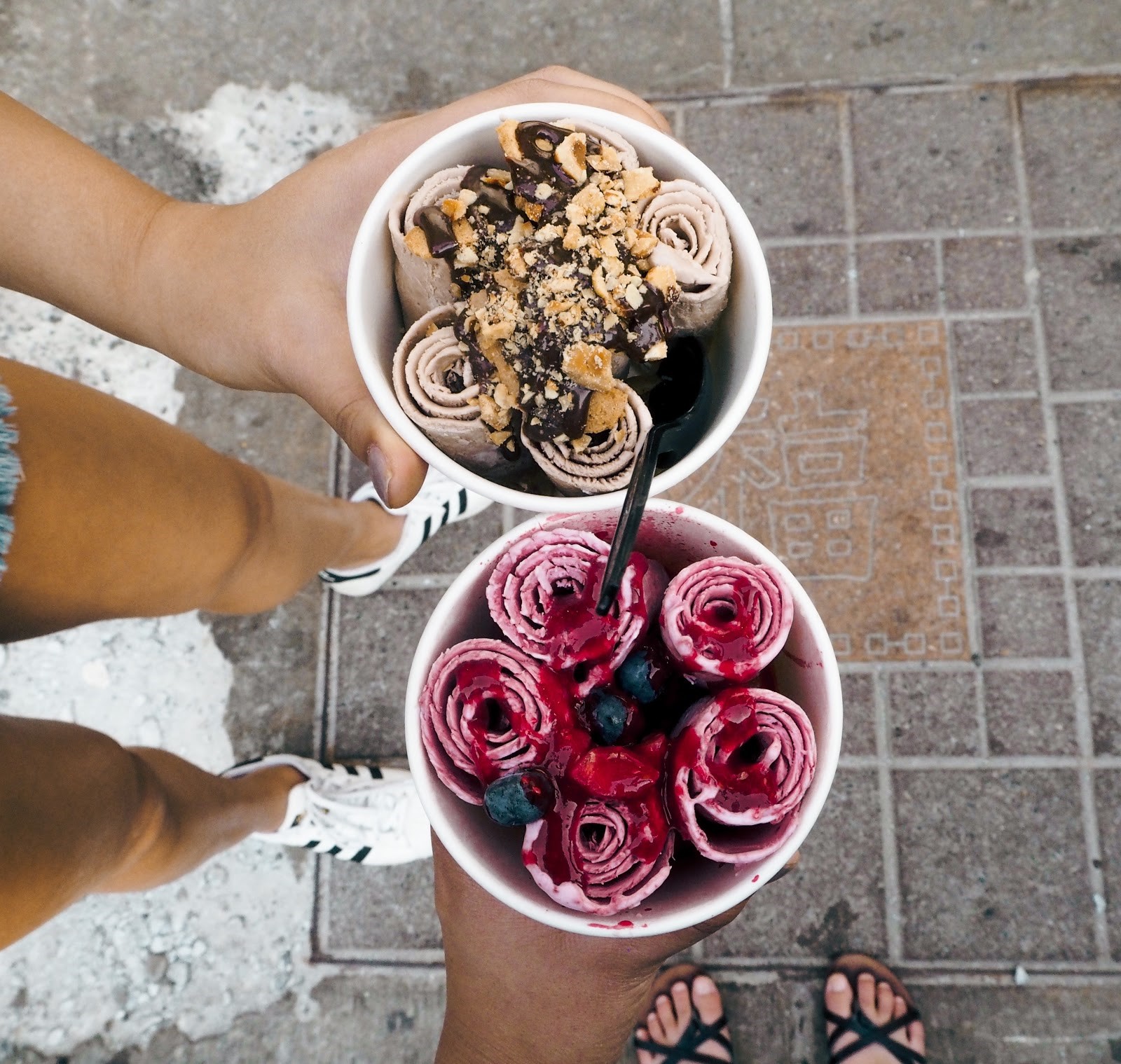 1. Fifteen Beacon: This 1903 boutique hotel is just down the street from the Boston Common in the North End and Beacon Hill neighborhood.

2. Boston Marriott Long Wharf: This modern hotel is great for New England style dining with a view over the boats coming in and out of the harbor. It is located just across from Quincy Market.

3. The Godfrey Hotel: Modern luxury housed in two buildings in Downtown Crossing that date back to the early 1900s. The high-tech establishment allows you to open your door with your smartphone as the key.

4. The Liberty Hotel: Once a jail, this building has been transformed to a modern luxury accommodation. The views over the park and skyline are spectacular!

So are you planning to go to Boston yet? Let us know in the comments below!

NEXT: Read WHERE TO SHOP IN BOSTON or read 20 UNIQUE REASONS TO VISIT BOSTON NOW

4 thoughts on “Guide to Boston, Massachusetts”