DJI just announced two new drones the Mavic 2 Pro and Mavic 2 Zoom, but as a two-year Mavic Pro (1) owner and previous pilot of the Mavic Air and Spark I have gathered invaluable flight hours getting to know the real difference between these drones and what many biased reviewers are forgetting to talk about: the price (including extra batteries). Many articles and videos confuse consumers with too many spec comparisons that are super similar and often don’t make a visual difference in the content. They forget to ask what the goal of the consumer is who is looking to buy this drone. My purpose with this drone buying guide is to simplify the confusing decision of which first drone to buy, while saving you money! I remember in 2016, the queasy feeling in my stomach as I shelled out $1,200 for something that could crash, my first drone, the DJI Mavic Pro (with the fly more combo). First thing I say to all new drone owners is that you need to be willing to part with the money you invest into a drone just in case you lose control or crash. Therefore, I am not recommending the two newest DJI Mavic 2 Pro and Mavic 2 Zoom drones for beginners.

Most beginners will love and create beautiful content on the older more affordable models like the DJI Mavic Pro, my current recommendation packed with great features! The Mavic Air is a great choice as well, though the one difference which makes me prefer my Mavic Pro is Occusync, which improves signal connectivity especially in congested areas. I flew the Mavic Air and Mavic Pro without problems on islands like Jamaica, but had issues with maintaining my connection with the Mavic Air in a few small cities in the Czech Republic. The Mavic Pro is one of the least expensive Mavic models, but if you have a limited budget and you don’t need 4K video because you’re only taking photos or video for Instagram, then cut that price in half and purchase the DJI Spark.

There is a saying that the best camera you have is the camera on you. Sometimes it is your phone, but it is usually not the more expensive bigger camera. Similarly, the best drone is the one you have on you. The Mavic Pro 1 (I guess we now must call it the 1 now that there is a 2) was one of the first drones to really pack amazing quality features and a 4K camera into a folding drone of its size and use Occusync. This was the best travel drone when released and now about 3 drone models later (Spark, Mavic Pro Platinum and Mavic Air) we are seeing DJI return to the DJI Mavic Pro for a second edition in two versions that they are calling Mavic 2 Pro and Mavic 2 Zoom. The drone shape is very similar to the original Mavic Pro 1 with small improvements like a slightly longer battery life, better gimbal and more aerodynamic wings that reduce noise. The major difference is found in the new cameras, which can be helpful for professionals who constantly shoot on a drone and want a higher quality video from the Mavic 2 Pro, but for beginners on a budget this is not enough to justify the larger price tags. 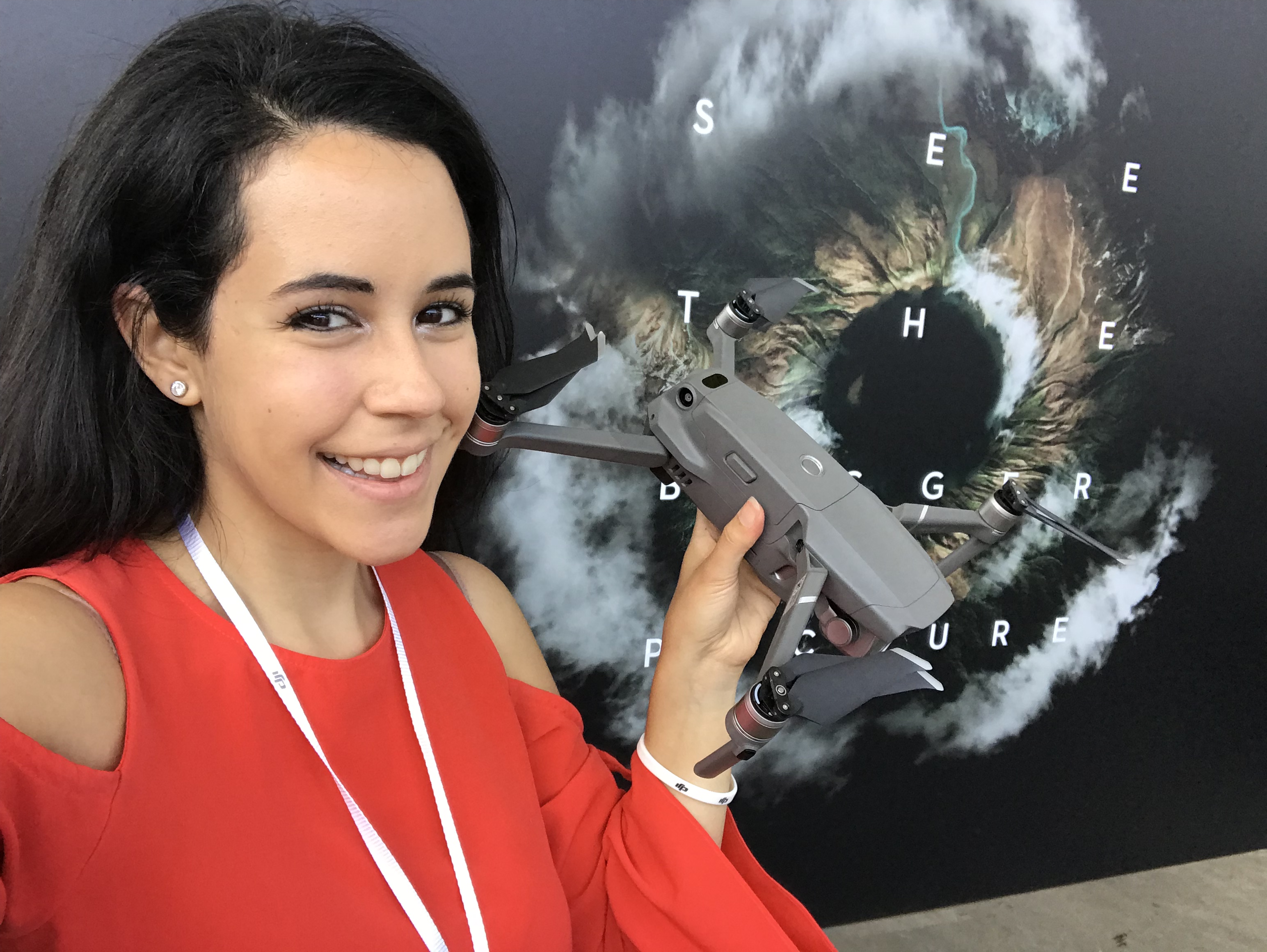 First, what is the difference between the two new DJI Mavic 2 drones: the Pro vs. the Zoom?

The major difference between the two lies in how a professional videographer might want to use them. The Mavic 2 Pro is ideal for professionals looking to get an even higher quality video, especially at night or during low-light situations with the larger sensor Hasselblad camera. The Mavic 2 Zoom is ideal for wildlife photographers or videographers looking to get an even more cinematic shot using the new dolly zoom feature or utilizing lens compression. Like many DSLR camera owners, I own a wide angle lens (16-50) and a zoom lens (55-210). Ask yourself how often you use your zoom lens. I personally do not use it too often and know that the cool dolly zoom feature is not enough for me to justify spending more money on a new drone.

1. What is my goal for purchasing a drone?

This is the most important question too many people forget to ask! I believe most consumers looking to purchase a drone have one of the two following goals for their drone content.

Fun, quick photos for social: If you’re looking to just have fun with a new camera angle and take photos and short video clips just for social media like Instagram, then you can get the less expensive drone like the DJI Spark which has added features like gesture mode to make it even easier to use it as a beginner. The Spark also includes some great QuickShot modes which allow you to capture epic cinematic videos with a click of a button. Note: the Spark is less expensive because it shoots in 1080p while the rest of the Mavic models shoot at a higher resolution of 4K, a difference that you will not see on Instagram but you will see in wide screen on a 4K computer or TV. My favorite feature of all the DJI drones is these QuickShot modes. My only tiny regret about my Mavic Pro 1 is that it doesn’t have more of these QuickShot modes.

Professional video use: If you are a professional video creator looking to improve the quality of your videos by incorporating high quality drone clips as establishing or transition shots, then you will likely already be shooting your videos in 4K and will want a drone that shoots in 4K, which rules out the Spark. Depending on what you are shooting and what your budget is you might want to look at the higher end drones. If you are often shooting at night or other low-light situations you will want to check out the DJI Mavic 2 Pro, which has a larger sensor and gorgeous Hasselblad camera. If you are looking to get even more cinematic shots with the new dolly zoom feature or utilize lens compression or zoom into something from farther away, you will want to check out the DJI Mavic 2 Zoom (pictured below). 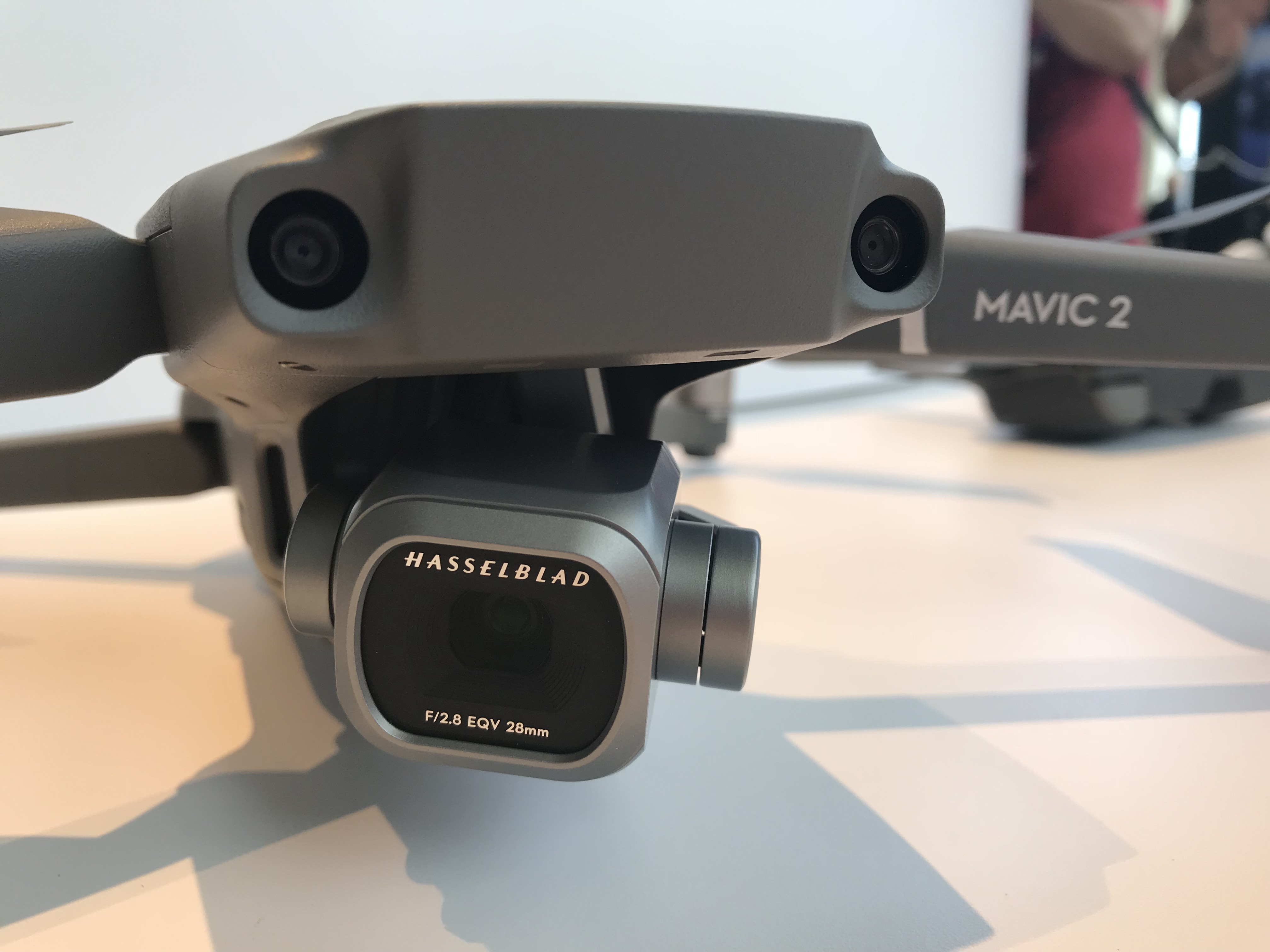 2. Which drone manufacturer should I purchase from?

DJI is the leading drone manufacturer. I have personally owned three DJI drones, one non-DJI drone, fixed a DJI drone with DJI and seen DJI drones crash and survive. Though some newer drones might talk a talk or manage to sneak in at slightly lower price points, DJI drones in my experience are the most reliable and best quality drone manufacturer option.

You cannot make the best buying decision without a budget. Be realistic with how much you can spend and consider how much you might have spent on your camera as a reference. Keep in mind you might only legally be able to fly your drone in certain places and use it for as long as you have a charged battery. 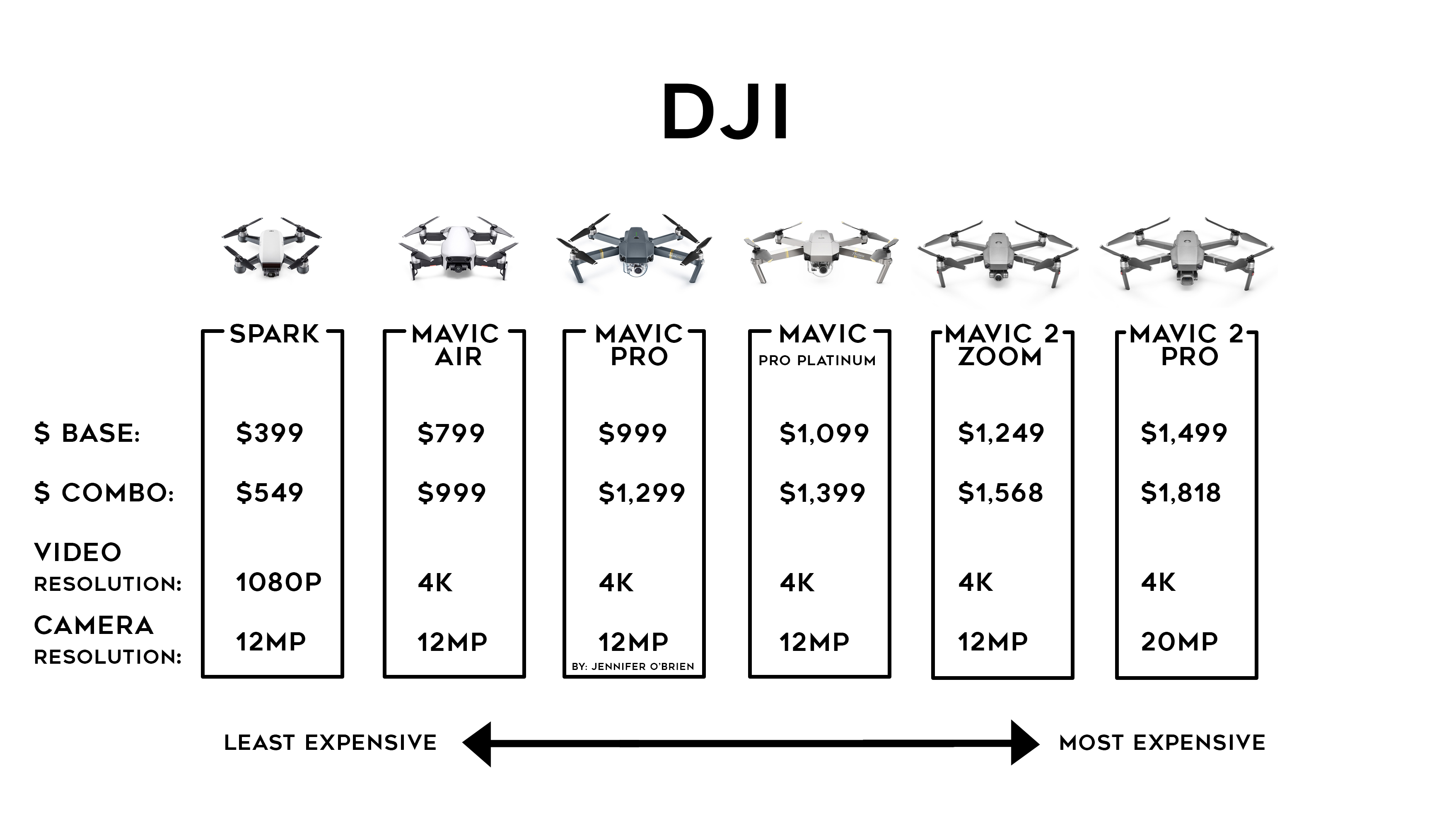 4. Should I purchase a case and extra batteries with the “Fly More Combo” or the separate Mavic 2 “Fly More Kit?”

YES! When considering your budget, do not forget to consider the real price of each drone with extra batteries and a case. I highly recommend the official DJI Mavic case as another Polar Pro Case broke my gimbal (a story for another day). For the first time DJI has separated what used to be a one package deal called the “Fly More Combo” so that Mavic 2 customers need to add a separate almost hidden item to their cart called the “Fly More Kit.” If your goal is to create quick and fun photos and short social clips for social media like Instagram, you probably only need one battery. If you are a professional videographer on long shoots, maybe traveling all day with different location shots, you need extra batteries. Think about it like your camera, if you have extra batteries for your camera, why wouldn’t you get extra batteries for your flying camera too? I think that beginner drone owners also greatly benefit from purchasing the fly more combo with extra batteries because the best way to learn to fly is by practicing and you can practice so much more in a shorter timeframe with extra batteries.

5. Which drone should I buy?

This answer is completely dependent on your personal budget and goals for content. If price is not an issue and you need that zoom, check out the new Mavic 2 Zoom. If you are a professional who often shoots at night and want an even better camera with a bigger sensor the Mavic 2 Pro is your drone. If you have a limited budget closer to $500, you want to create quick social content for Instagram and you do not need to shoot in 4K, then cut your spending in half with the DJI Spark, a great beginner option! If your budget is in the middle closer to $1,000, I would recommend getting the first version of the Mavic Pro with the Fly More Combo (including extra batteries), the drone I am still flying on two years later. The Spark has better beginner-friendly QuickShot modes but one of the best features of the Mavic Pro is Occusync, which improves the range especially in congested areas. With the Mavic 2 Pro release many users are selling their fully functional Mavic Pros and companies are offering great sales on this original model and refurbished drones making it more affordable than ever.

Scroll down for links on Amazon and DJI’s website for each drone I mentioned with and without the extra batteries combo or kit.

Please comment below if this was helpful, any questions you might have and which drone is your favorite? 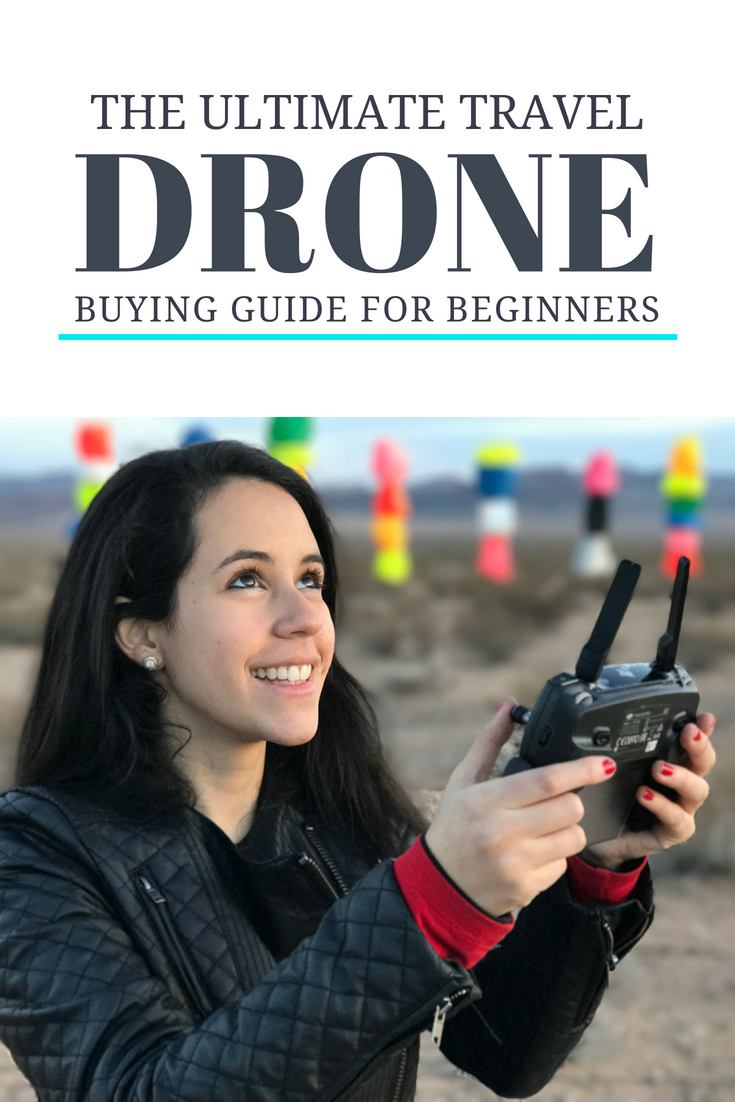 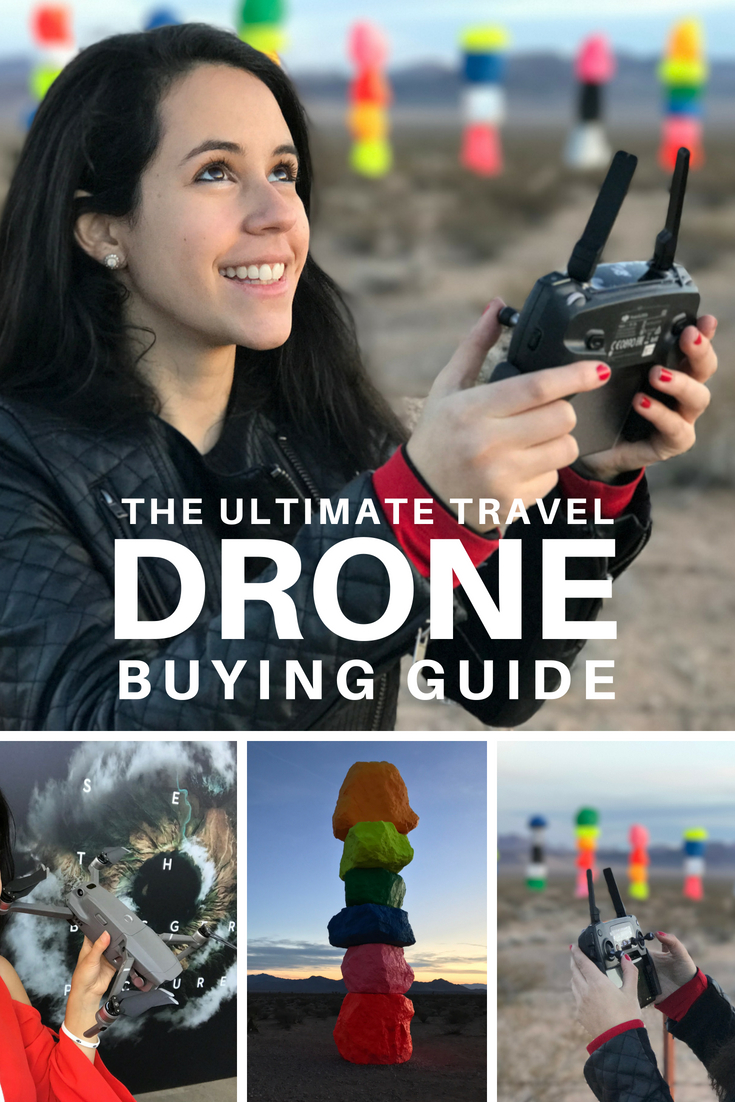